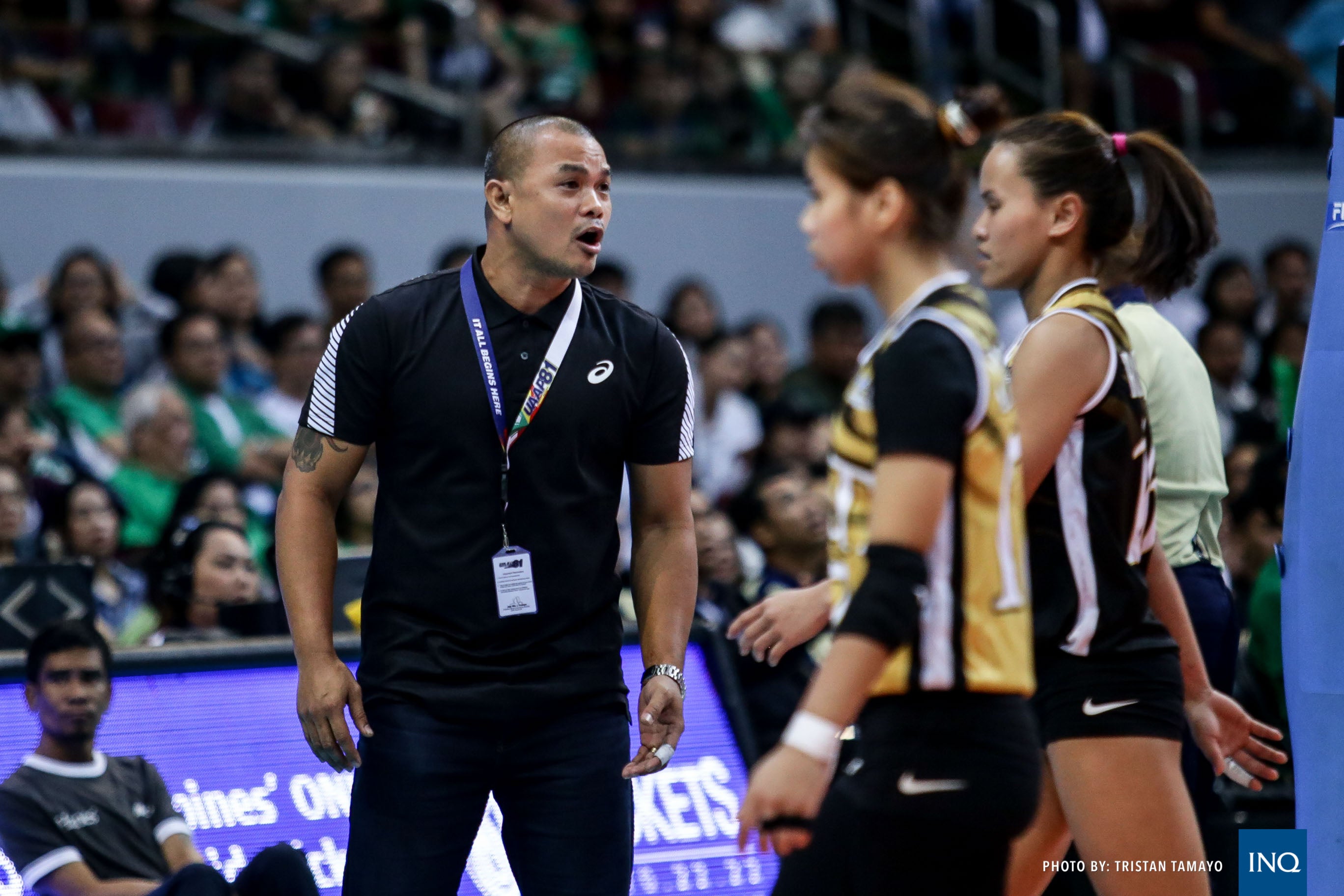 MANILA, Philippines—University of Santo Tomas was a picture of dejection when it lost its second round matchup against De La Salle, 25-21, 23-25, 19-25, 24-26, in the UAAP Season 81 women’s volleyball tournament Sunday at Mall of Asia Arena.

It was the complete inverse of what happened in the two teams’ first meeting of the season when the Goden Tigresses walloped the defending champion Lady Spikers in straight sets, 25-20, 25-22, 25-17.

The loss sent Golden Tigresses’ reeling to fourth with a 6-4 record while the Lady Spikers earned sole possession of the No. 2 slot at 7-3.

It was a big blow in UST’s momentum for the Final Four as it now lost two of its last three games but head coach Kung Fu Reyes said his team getting emotional after the loss was a good sign for them moving forward.

“Them crying in the locker room is a good indication for us because we are now feeling the pain of a loss especially with how the game slipped from our grasps,” said Reyes in Filipino.

“It’s a good indication that our character is improving, the attitude towards the games is getting better. We feel hurt when we lose.”

The person who felt the pain most was rookie star Eya Laure.

Even though Laure finished with a game-high 20 points, she was responsible for UST failing to force a fifth set.

The fourth set was knotted up at 23-23 when Laure got a whiff of misfortune, first of which put La Salle in match point, 24-23, after her attack sailed out of bounds.

UST found reprieve when Marrione Alba got called for a double contact violation tying the set at 24-all but Laure again failed to convert after running into a Lourdes Clemente block and then, hitting  the net to clinch La Salle’s win.

Reyes, though, commended Laure for the fight the she showed.

“She had a tight hamstring earlier but she showed her character and how tough of a fighter she is,” said Reyes. “She’ll score some, throw some points away, but you can see the decisiveness in her. I can’t discount what she did even though today wasn’t her A-Game.”