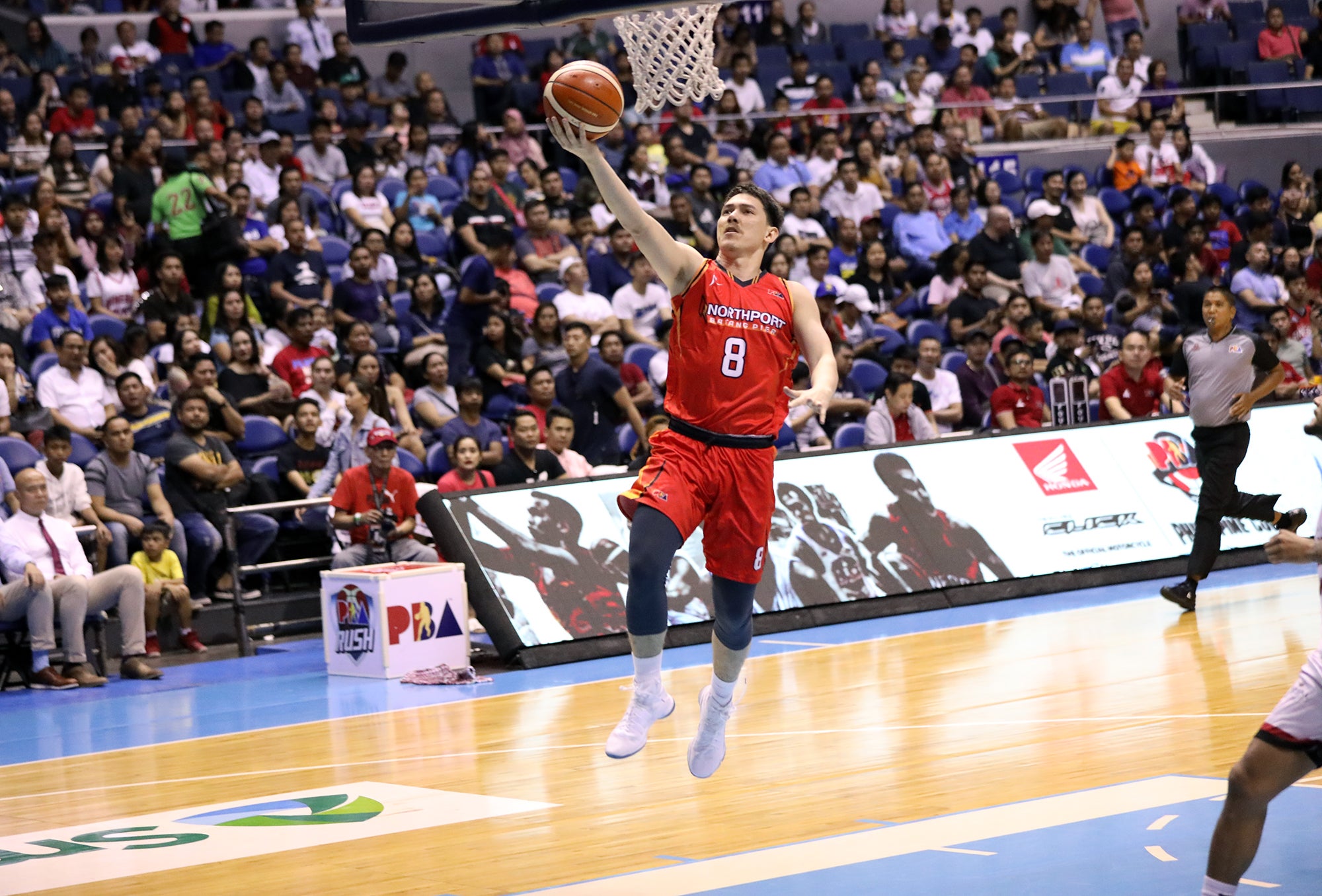 MANILA, Philippines–NorthPort secured an outright playoff spot at the expense of the Barangay Ginebra, 100-97, in the nightcap of Philippine PBA Cup action Wednesday at Smart Araneta Coliseum.

Robert Bolick hit a go-ahead triple with 52 seconds left before Stanley Pringle made both of his shots from the charity stripe to seal the deal for the Batang Pier, who forged a quarterfinal duel with twice-to-beat Rain or Shine.

“We’re back in business!” said Batang Pier coach Pido Jarencio, whose team Pier settled for No. 7 in the standings.

“We’re still thankful we’re able to hurdle Ginebra. We all know Ginebra is Ginebra—it’s a complete team, well-coached and it’s running a good system,” he said. “It just boiled down on the breaks of the game.”

Bolick ended up scoring the most for NorthPort with 24, adding five assists, three rebounds and a steal to his line.

Sean Anthony tallied 19 markers but was the subject of Jarencio’s concern. The latter said he pulled the skipper out of the game halfway through the final frame due to pain around the forward’s groin area.

“We wouldn’t want to aggravate his injury,” the mentor said. “My concern now is the injuries. Earlier it was Stanley (Pringle). This time, it’s Sean. My big three is [comprised of] Sean, Mo (Tautuaa) and Stanley. Good thing the other players are delivering.”

Pringle only had nine in the affair but big men Tautuaa and Bradwyn Guinto had 17 and 14, respectively.

“We did well in our last three games. This is blessing for this team. We’ve made it back,” Jarencio said, alluding to the six straight losses they absorbed midway the elimination round.

The victory also arranged a playoff between Alaska and NLEX, who will dispute the final spot for the next round. They tangle this Friday in a lone match at Mall of Asia Area.

The Gin Kings, who have long locked up on the third seed, drew 14 points from Greg Slaughter and 13 more from Jervy Cruz. Sol Mercado pumped in 10 more to help in the effort and end their elimination round record at 7-4.

Ginebra will be facing Manila Clasico rival Magnolia in the quarterfinals in a best-of-three series beginning this Saturday, also at MOA Arena.