Final four-defining matches up for 3 teams 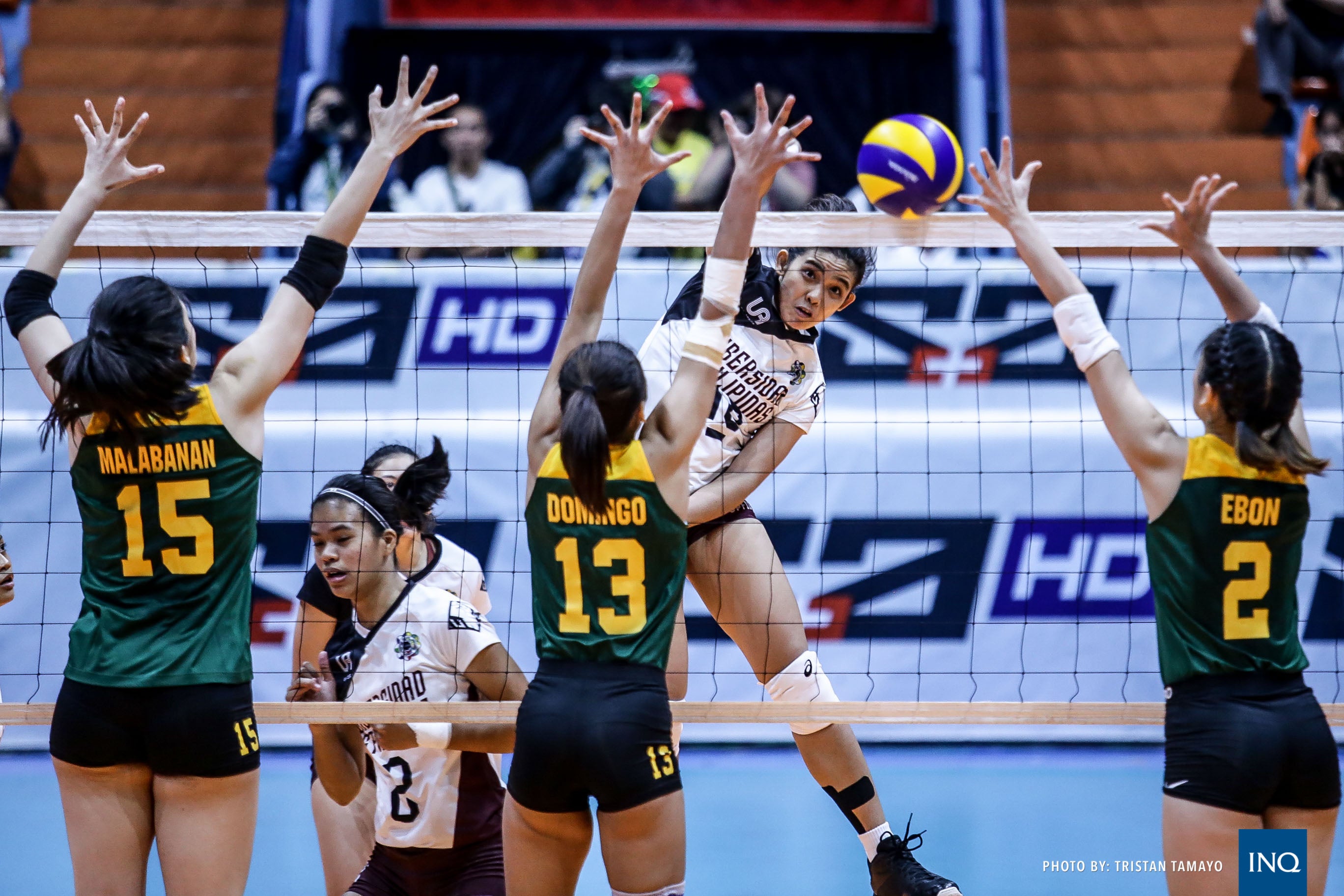 The rush for Final Four slots intensifies as three teams try to break out of a third place gridlock in Saturday’s UAAP women’s volleyball tournament at Smart Araneta Coliseum.

Ateneo, which has a nine-game winning streak going, and La Salle, are running 1-2 and have a comfortable margin going into today’s contests.

Santo Tomas is reeling from a four-set loss to La Salle in a match that saw the Tigresses dominate the opening set only to allow the Lady Spikers to wear them out en route to victory in four.

“We learned our lessons, I personally think that I still have more to learn as the season goes on,” said Laure in Filipino. “But one thing is sure, the whole team will be coming back strong.”

That’s bad news for the Lady Warriors, who are coming off back-to-back defeats.

UP is hoping Isa Molde can suit up after the open spiker was cleared of knee injury initially feared when she landed on a teammate last week. It turned out that Molde suffered sprained left ankle.

“We still have a few days. Hopefully she (Molde) will be ready even as a sub,” UP coach Godfrey Okumu said. “We don’t know, but we are really hoping she will be ready.”

The Lady Maroons needed five sets to survive the Lady Warriors on Wednesday.