‘Refocused, more confident’ Joshua Pacio to show up in ONE strawweight title rematch 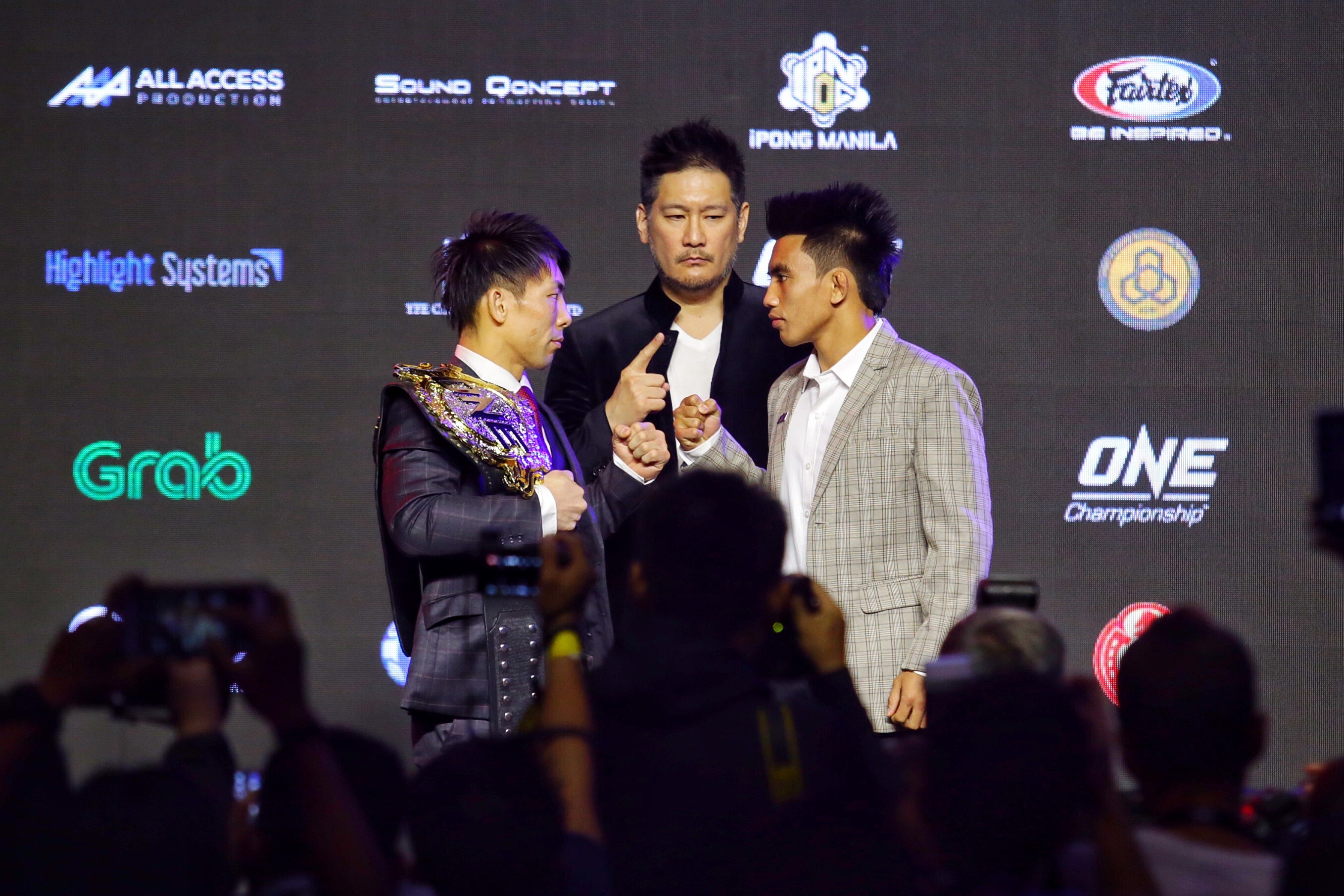 Joshua Pacio and Yosuke Saruta face off at the ONE: Roots of Honor press conference on Thursday. Photo by Tristan Tamayo/INQUIRER.net

MANILA, Philippines—Joshua Pacio vows to show the best version of himself when he meets Yosuke Saruta in the cage in their title rematch in ONE: Roots of Honor Friday night at Mall of Asia Arena.

The Team Lakay bet yielded the strawweight world title after dropping a close decision to Saruta in their first encounter three months ago.

That painful loss in Jakarta, Indonesia also made Pacio a better fighter and he intends to show his improvements in front of his hometown crowd.

“I was a bit caught off guard the last time we faced each other and out of focus but I’m more focused and more confident this time around,” Pacio told reporters during the Roots of Honor press conference Tuesday at City of Dreams.

“I’m not going to hesitate this time and I will stick to our game plan.”

The 23-year-old Pacio admitted he failed to execute his fight plan and that cost him the unfavorable result.

“Last time our fight looked like a rookie versus a veteran but now I won’t even think about his advantage in terms of experience and age. I will just go out there and do everything,” said Pacio, who is eight years younger than the Japanese champion.