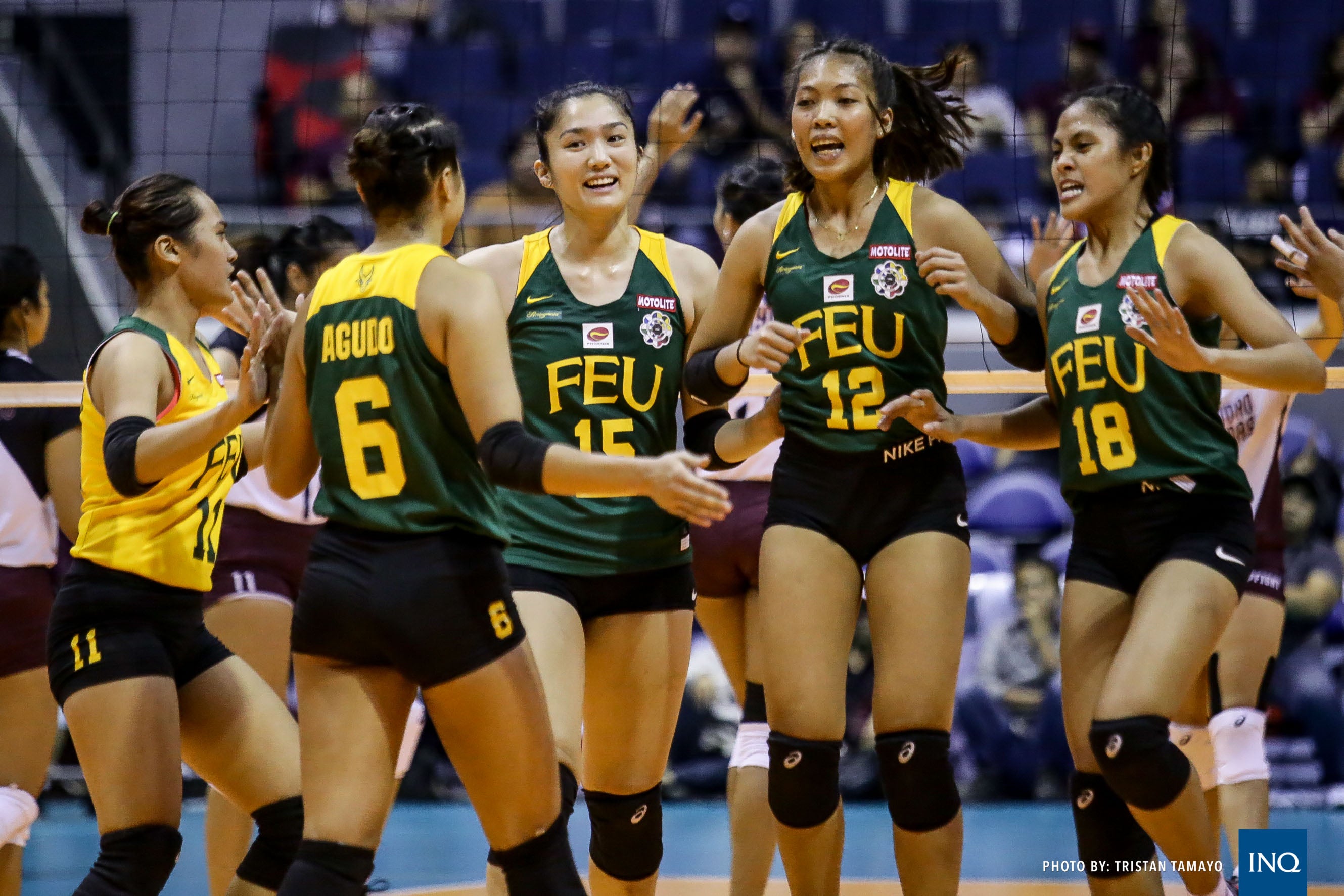 The Lady Tamaraws own an 8-4 record and are well within the top four of the league after making quick work of National University, 25-21, 25-19, 25-22, Wednesday, and their next two games could either see them to the Final Four or drop out of contention.

And as fate would have it, they will face two of the league toughest teams this season in University of Santo Tomas and defending champion De La Salle.

“Our remaining games are very important and they are must-win for us,” said FEU Captain Jerrili Malabanan, who had 10 pointa against the Lady Bulldogs. “Our goal is to reach the Final Four and we’re taking it one game at a time.”

Both UST and La Salle are still in contention for a spot in the semifinals and any result could spell major ripples in the standings.

As of writing time, the Golden Tigresses own a 7-4 record while the Lady Spikers are at 8-3.

Heather Guino-o said their last two games in the elimination round are where the Lady Tamaraws’ character would be ultimately tested.