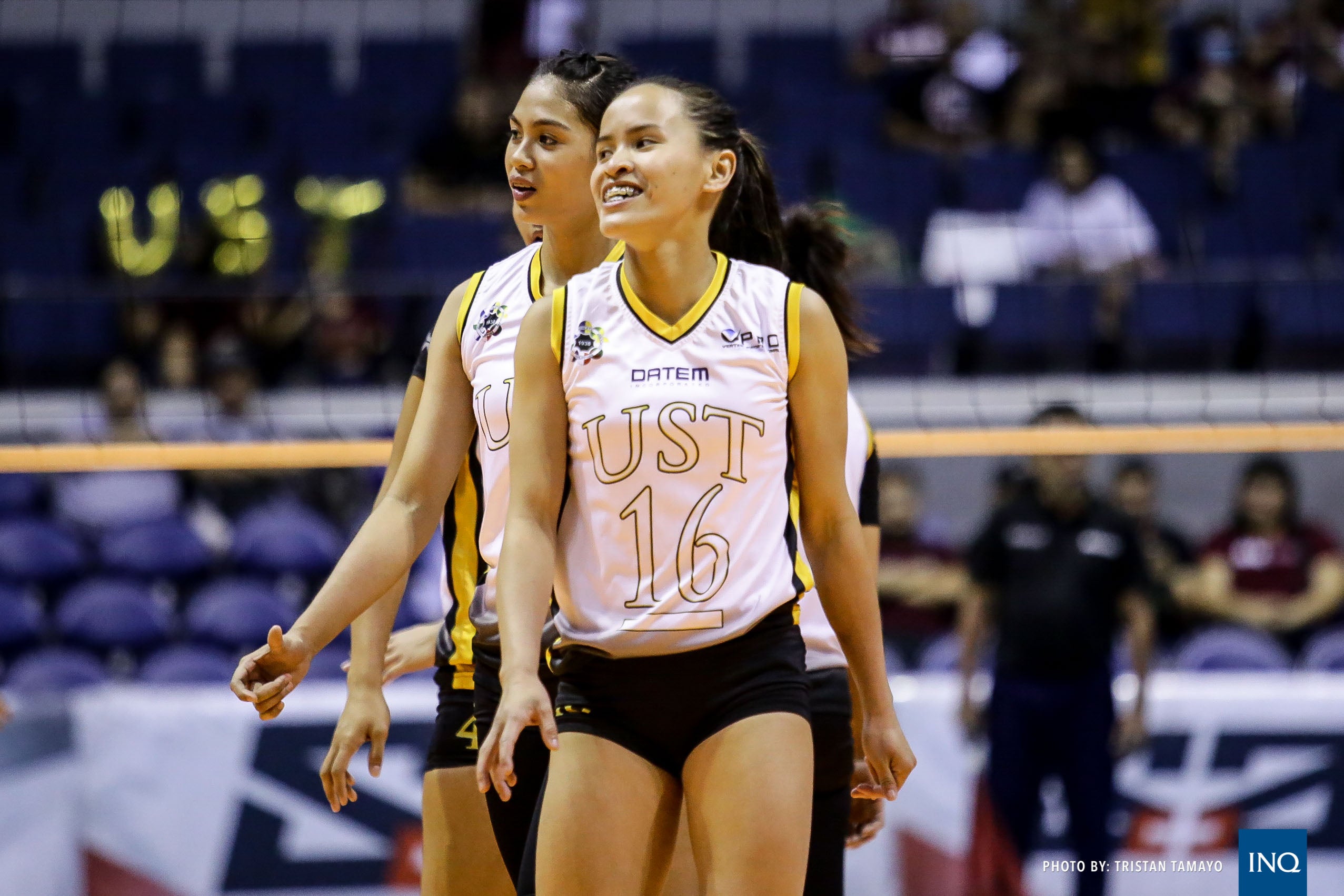 University of Santo Tomas is so close to the Final Four Sisi Rondina could almost taste it.

UST’s dynamic bundle of power banged in 20 points against University of the Philippines, leading the roaring Tigresses to a 25-21, 25-12, 26-24 victory on Wednesday night that put them on the threshold of the semifinals after missing it the past two seasons.

“We are near. We are there already, we are entering the Final Four,” said Rondina in Filipino. She is on her fifth and final playing year for UST. “But of course we need to work harder to reach that goal.”

With the victories at FilOil Flying V Centre, Santo Tomas and Far Eastern are both knocking hard on the door of the Final Four.

Now tied at 8-4 just behind Ateneo and La Salle, both of them only need to win one of their two remaining games to make the next round.

Interestingly though, that one victory would need to come at each other’s expense as they clash Sunday at Mall of Asia Arena.

The UST win also pushed UP closer to the edge with a 6-6 record. UP will need to win both its remaining games (against National University and Adamson) and hope UST and FEU lose all theirs.

After their clash, UST will have NU as its last assignment, while FEU will have three-time defending champion La Salle.

But more importantly, she opened the scoring lanes for the rest of the Tigresses like Dimdim Pacres, Caitlyn Viray and Kecelyn Galdones. Pacres had nine, Galdones eight and Viray six points.

That proved enough to alleviate the chores from usual gunners Rondina and Eya Laure, who just the same turned in 20 and 11 points, respectively.

“When Milena was injured we just filled up the void and worked very hard,” said Rondina, referring to UST main gun Milena Alessandrini, who injured her knee in the first round and has been out since.

UP got 16 points from Marian Buitre.