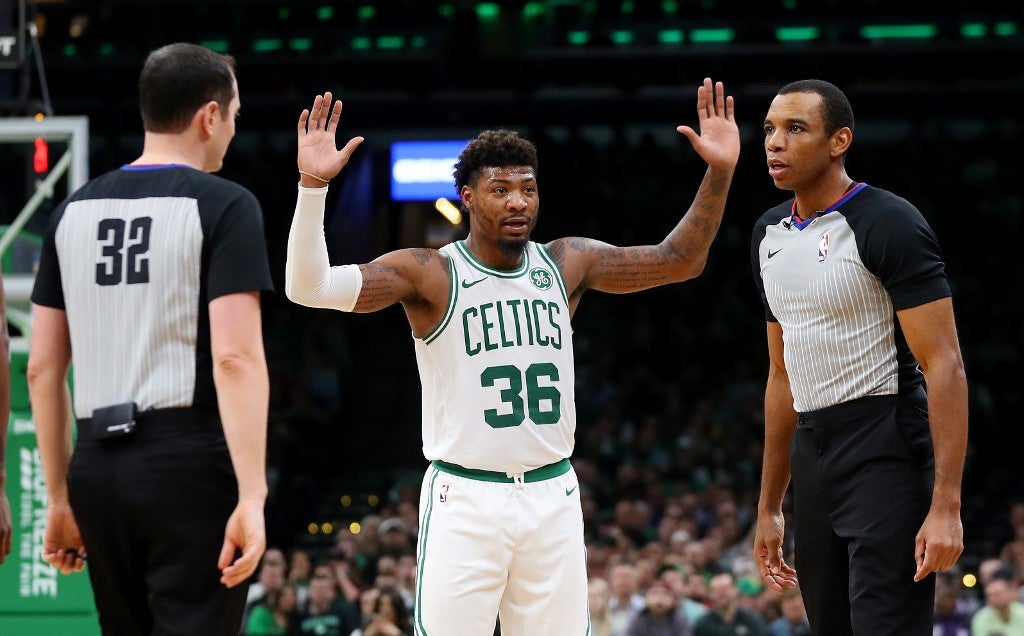 FILE – MARCH 14: Marcus Smart #36 of the Boston Celtics reacts after a technical foul is called against him during the second quarter against the Sacramento Kings at TD Garden on March 14, 2019 in Boston, Massachusetts. Maddie Meyer/Getty Images/AFP

BOSTON — The Boston Celtics say guard Marcus Smart will be sidelined 4 to 6 weeks after being diagnosed with a partial tear to his left oblique abdominal muscle.

The injury was revealed in an MRI scan on Wednesday. Smart sustained the injury during the third quarter of Boston’s home loss to Orlando on Sunday. He was helped off the floor by members of the training staff and was holding his left side after colliding with Magic center Nikola Vucevic.

Boston is set to face Indiana in the first round of the NBA playoffs. The timetable for Smart’s return means he will be sidelined for that series and the second round, as well, should the Celtics advance.

Last season, Smart returned from a thumb surgery late in the first round of the playoffs despite initially being given a recovery window of 6 to 8 weeks.