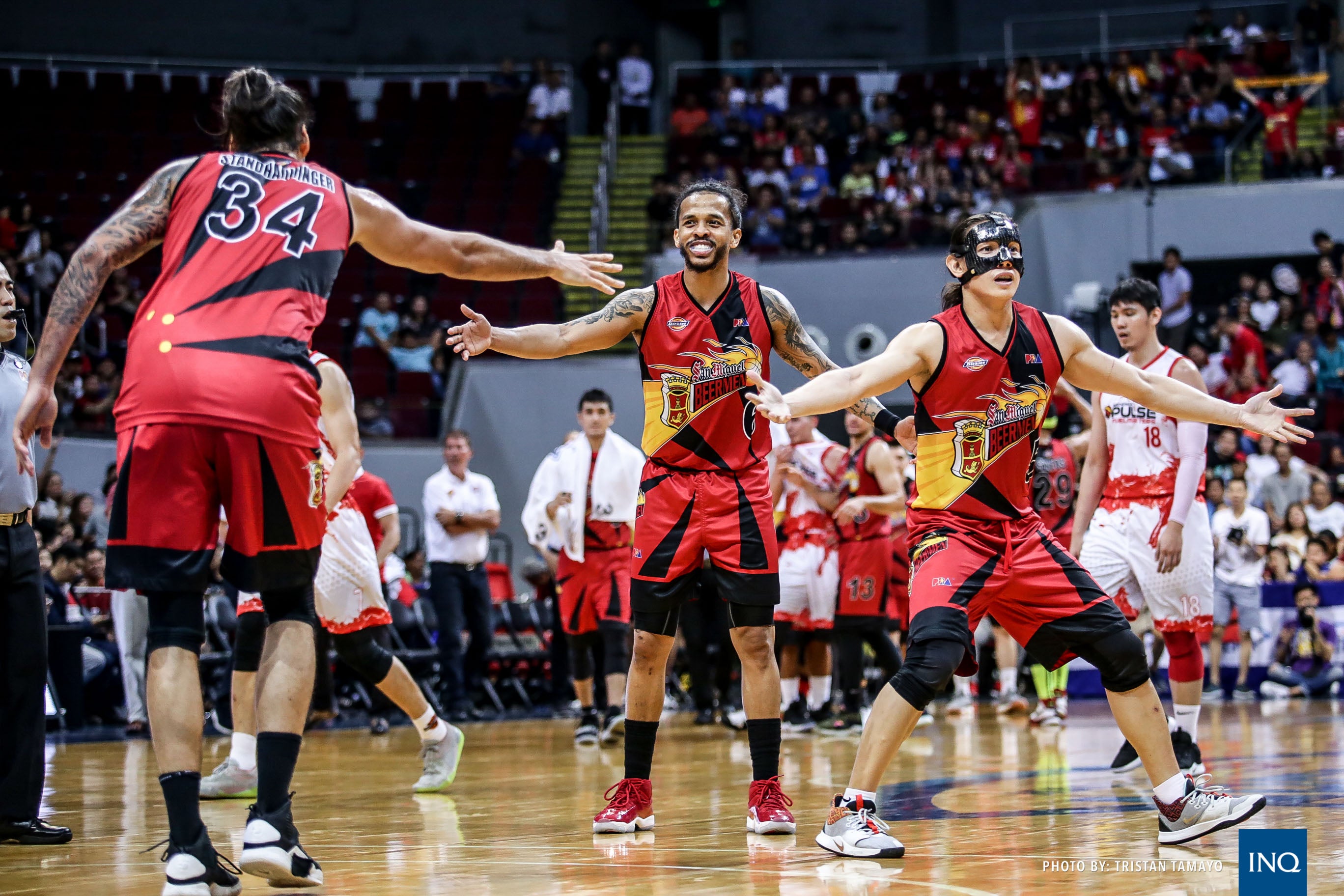 MANILA, Philippines—Phoenix entered the Philippine Cup semifinals raring to show they are legitimate contenders to the throne, which has belonged to San Miguel Beer for the longest time.

The Fuel Masters got a cruel reminder who’s boss.

The Beermen proved why they’re primed for a fifth straight all-Filipino title after steamrolling Phoenix, 100-88, in their semis opener Saturday night at Mall of Asia Arena.

San Miguel built a 22-point lead before repelling repeated rallies by Phoenix in the fourth quarter even with its superstar center June Mar Fajardo having a subpar outing.

The reigning five-time MVP also got shaken up after hitting his face hard on the floor late in the second quarter. He started the second half before fouling out with still over three minutes left in the game to finish with just nine points and nine rebounds.

Fortunately for the Beermen, their perimeter shooting clicked with Alex Cabagnot leading the way with 26 points on 5-of-7 shooting from long range.