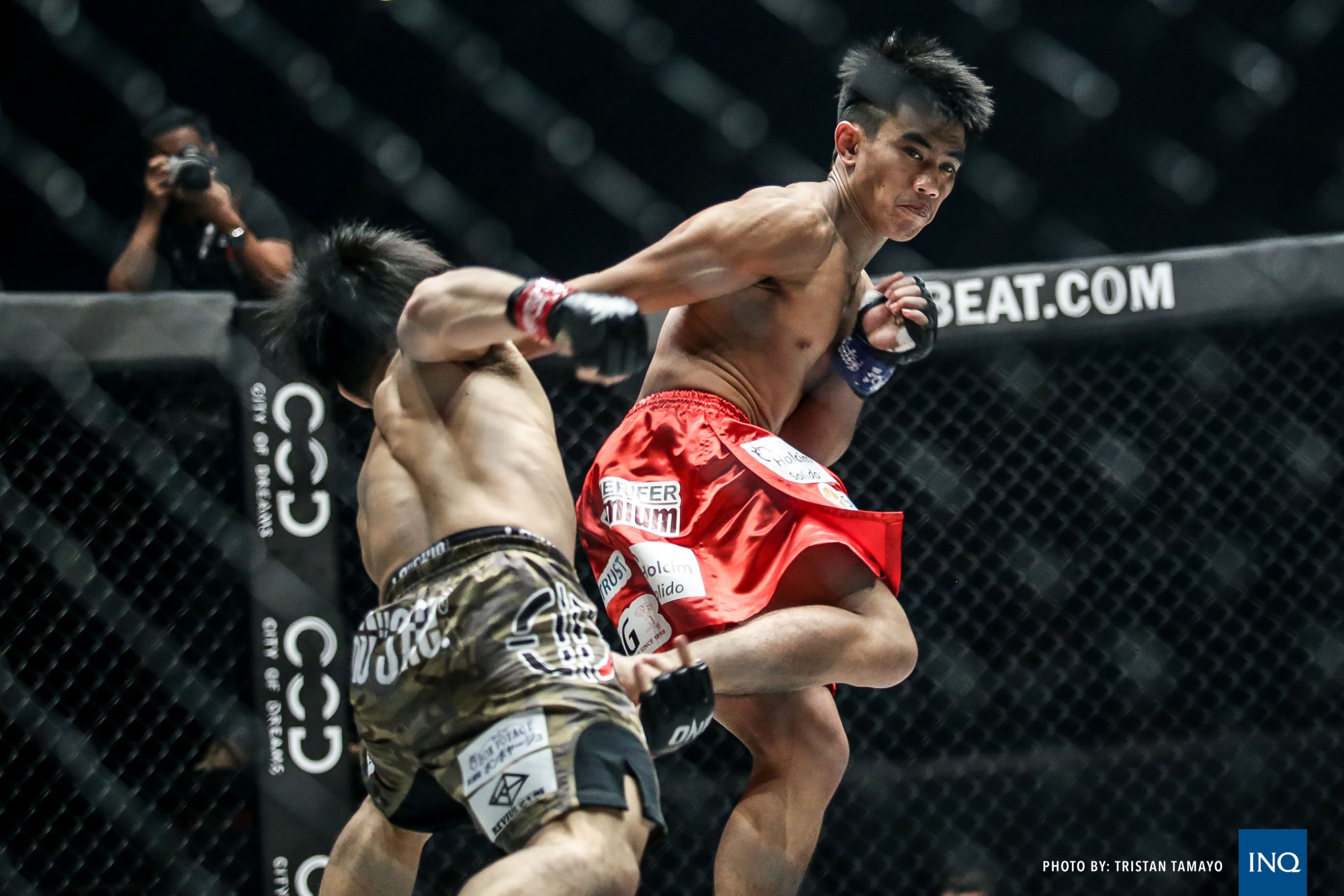 Joshua Pacio connects with a punch. Photo by Tristan Tamayo/INQUIRER.net

MANILA, Philippines—There’s no controversy this time around.

After a controversial decision in their first fight, Joshua Pacio didn’t leave anything to chance and knocked Saruta out cold to reclaim the gold in the co-main event of ONE: Roots of Honor Friday at Mall of Asia Arena.

The first time they met in January, Saruta defeated Pacio for the belt in a split decision win that drew the ire of ONE chief Chatri Sityodotong, who immediately ordered a rematch.

But after that decisive victory by the Team Lakay bet, another rematch doesn’t look like the best plan anytime soon.

“That was definitive, if you get knocked out like that, you got to work your way back up,” said Sityodtong. “Joshua was the clear winner so I don’t see a third unless Saruta works his way up.”

Pacio and Saruta were locked in a tight contest with neither fighter getting control of the other.

Saruta scored an early knock down in the fight but it was Pacio who had the advantage in terms of striking with his constant spinning heel kicks backing the Japanese off.

Pacio upped his striking in the fourth round connecting with stiff right straight and following it up with a head kick.

The fight eventually came to massive ending when Pacio’s right knee cracked Saruta’s left temple 2:43 into the fourth round.

“If you look at Pacio, he was very tentative, I knew he had the KO power but truth be told I was impressed with Saruta,” said Sityodtong. “He wanted to win the fight, he had the better exchanges.”