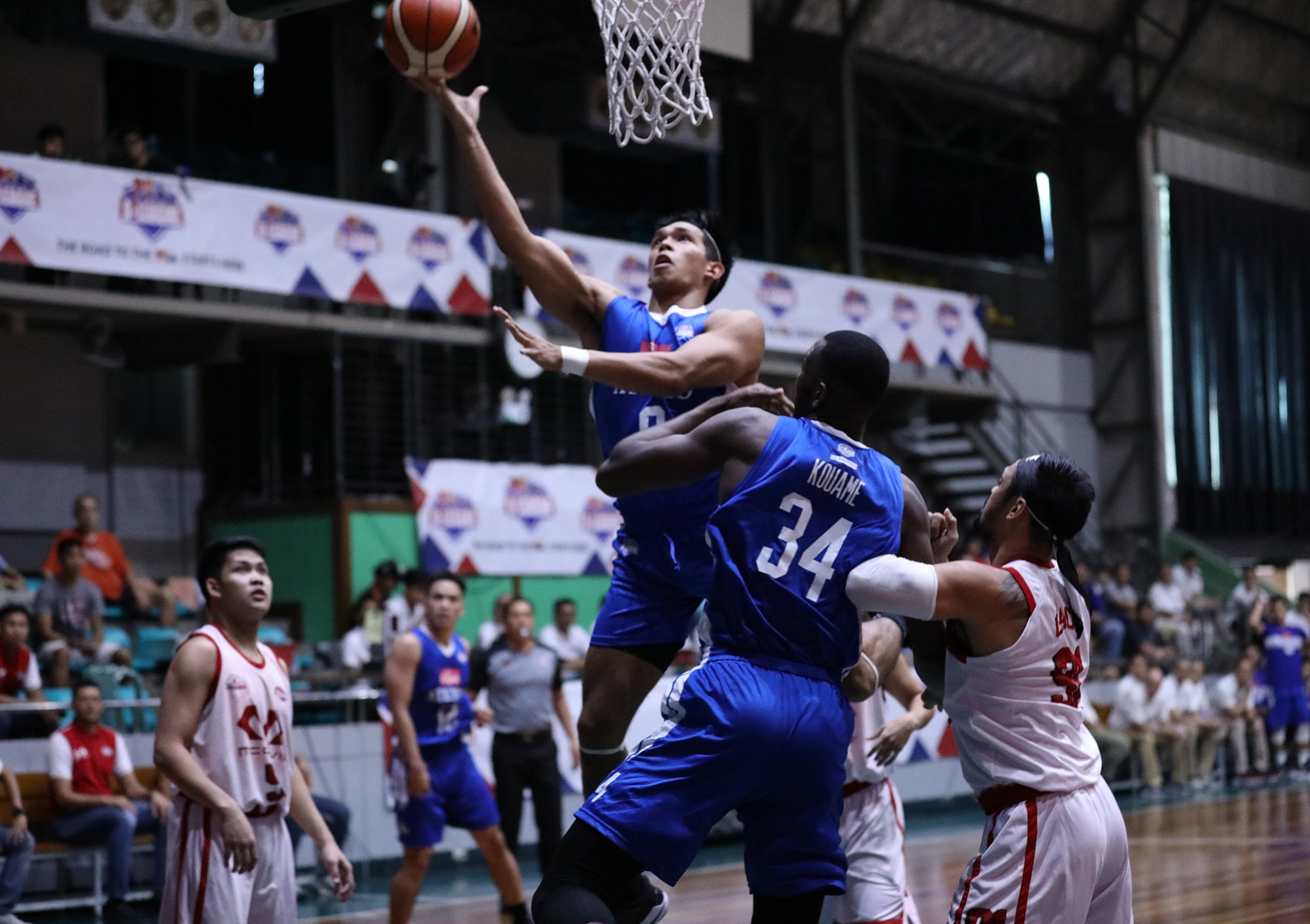 MANILA, Philippines—It took Cignal-Ateneo just one quarter to put McDavid away en route to a 106-31 dismantling that nearly set a PBA D-League record Tuesday at JCSGO Gym in Cubao.

The Blue Eagles opened the game with a 31-5 lead and continued to pounce on their lowly foes up to the final buzzer.

Ateneo’s 75-point rout fell just a point short from matching the D-League mark of the biggest winning margin set by Tanduay in a 141-65 thrashing of Zark’s Burger two years ago.

McDavid, however, managed to break a league record for all the wrong reasons as the squad’s 31 points were the fewest points scored by a team in a single game.

In the other game, Centro Escolar University got going late to turn back Marinerong Pilipino, 93-76, and stay undefeated at 6-0.

Maodo Malick Diouf bullied his way to 22 points, 10 coming in the final frame, and 19 rebounds.

“We just got to be ready for every situation. Marinero was able to catch up and get the lead, but we’re able to regroup, kept our poise, and played defense. That’s what has been keeping us to where we are,” said CEU head coach Derrick Pumaren.

The Scorpions held a one-point lead at the end of the third quarter before it broke the game wide open in the fourth period behind Diouf.

Angelo Kouame and Thirdy Ravena each scored 16 points while Mike Nieto added 11 for Ateneo, which rolled to its sixth victory in seven stints.

McDavid scored only three points in the fourth quarter.