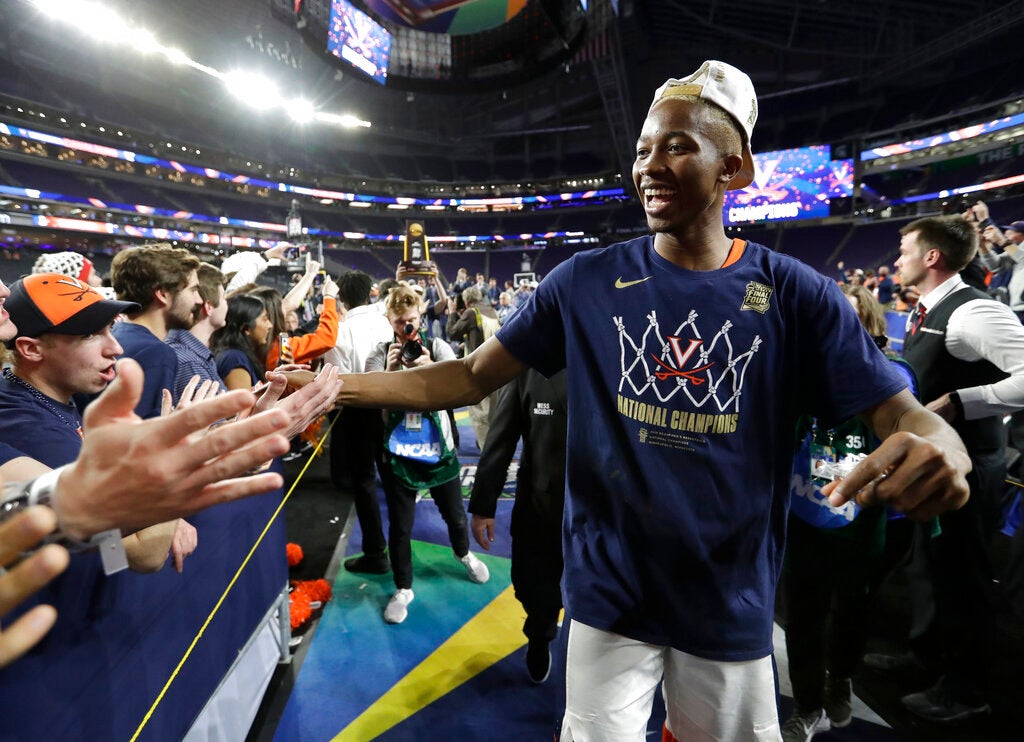 CHARLOTTESVILLE, Virginia— Virginia forward Mamadi Diakite says he is forgoing his final season of eligibility to make himself available for the NBA draft.

Diakite made the announcement Wednesday on his Instagram page. He’s the fourth member of the national champions to make the move, joining De’Andre Hunter, Ty Jerome and Kyle Guy.

The 6-foot-9 Diakite, from Guinea in Africa, was a hero in Virginia’s Elite Eight victory against Purdue, taking a pass from Kihei Clark and hitting a short jump shot at the buzzer of regulation to send the game into overtime.

For the season, he averaged 7.4 points on 55% shooting, 4.4 rebounds and led the Cavaliers with 63 blocked shots. Diakite will have until May 29 to either decide to pursue the NBA or return to school.