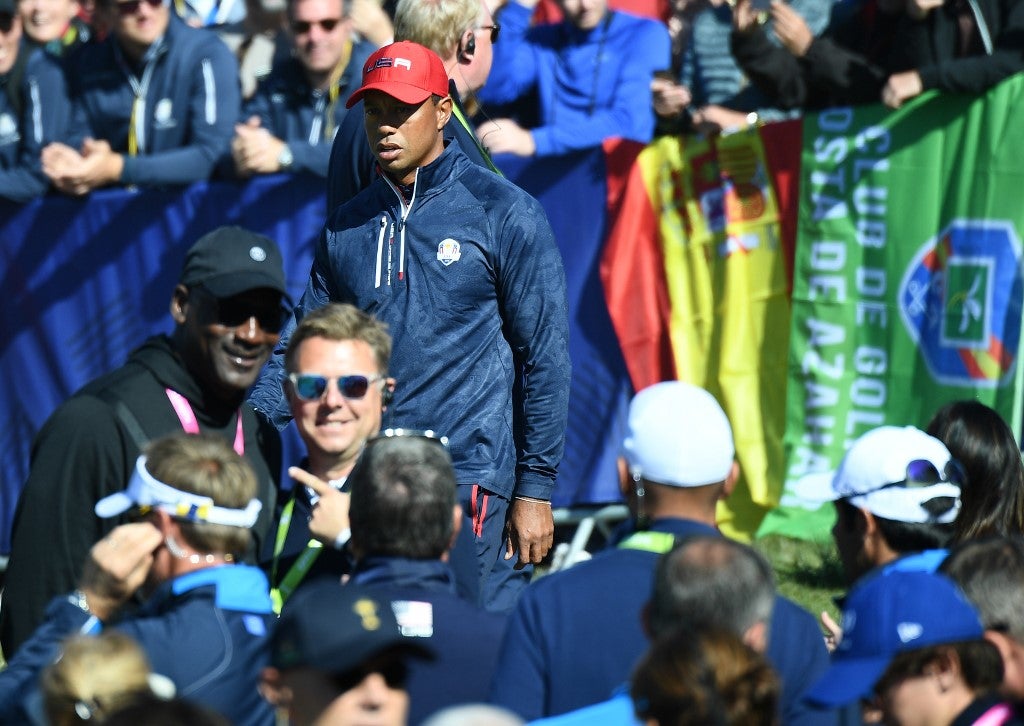 US golfer Tiger Woods (back) walks during as US former basketball player Michael Jordan (L) poses with a spectator on the third day of the 42nd Ryder Cup at Le Golf National Course at Saint-Quentin-en-Yvelines, south-west of Paris, on September 30, 2018. (Photo by FRANCK FIFE / AFP)

Michael Jordan described Tiger Woods’ Masters comeback as the “greatest ever” and added he called the golfing icon to personally congratulate him.

“To me it is the greatest comeback I have ever seen,” Jordan told The Athletic.

“He’s probably the only person who believed he could get back. To me, that’s a major accomplishment. To me, it’s unbelievable.”

Woods ended an 11-year major drought with a thrilling and emotional Masters victory on Sunday.

Just two years ago his back pain was so bad Woods thought he might never play again, let alone win another major.

“Mentally, you always think you can. But you can’t answer to what your body has to deal with,” former NBA superstar Jordan said of Woods.

“Dealing with his emotions, obviously he believed in himself. But until you put that into action, sometimes it’s a struggle.”

Jordan added that Woods’ confidence will be soaring and that should translate into more victories.

“You don’t know what Tiger is capable of doing.”