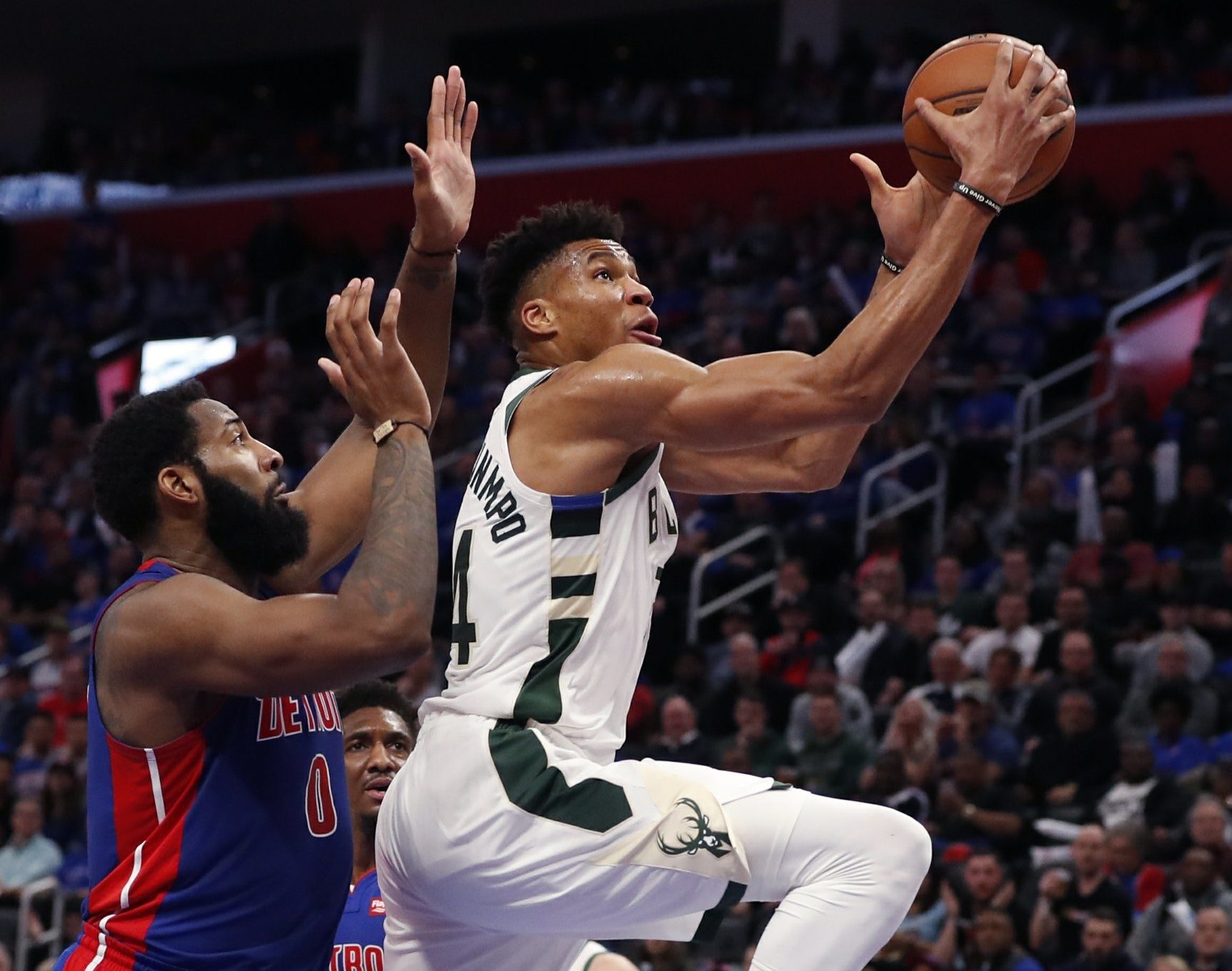 DETROIT — Khris Middleton had 20 points and nine rebounds and the Milwaukee Bucks beat the Detroit Pistons 119-103 on Saturday night to take a 3-0 lead in the first-round series.

The Bucks can finish off the Eastern Conference series Monday night in Detroit after winning the first three games by an average of 24 points.

The Bucks overcame 27 points, seven rebounds and six assists from Blake Griffin in his return from a right knee injury. He missed the first two games of the series after sitting out four of the final six in the regular season.

Griffin had an immediate defensive impact, forcing two turnovers on Milwaukee’s first three possessions, but struggled to keep up in transition.

Brook Lopez and Eric Bledsoe each scored 19 points for Milwaukee. Giannis Antetokounmpo had 14 points and 10 rebounds, struggling with foul trouble. Andre Drummond had 12 points and 12 rebounds.

Griffin scored 15 points in the first half to keep the Pistons down only 67-54 at halftime, but Lopez dominated his matchup with Drummond. Lopez had 15 points and three blocks, and Drummond missed eight of 10 shots and had three turnovers and three fouls.

Drummond picked up his fourth foul early in the third quarter, but Antetokounmpo left a minute later with his fourth.

Middleton, playing against the team that drafted him in 2012, hit back-to-back 3-pointers to give Milwaukee an 85-66 lead with 4:47 left in the third quarter. Drummond returned late in the quarter, but picked up his fifth foul after just 41 seconds.

The margin was 100-78 at quarter’s end and the Pistons never put together a serious run in the fourth.

Bucks: The Bucks hadn’t won the first three games of a playoff series since a three-game sweep of the New Jersey Nets in the 1986 first round. … Milwaukee was a plus-23 in the 10:48 that George Hill played in the first half.

Pistons: The game was the first postseason game in Little Caesars Arena history. The Pistons and Red Wings both missed the playoffs in 2017-18 and the Red Wings missed again this season. The most recent NBA playoff game in the city of Detroit was April 27, 1985, when the Pistons lost 127-123 to the New York Knicks at Joe Louis Arena after damage to the Pontiac Silverdome’s roof.

Game 4 is Monday night at Detroit.