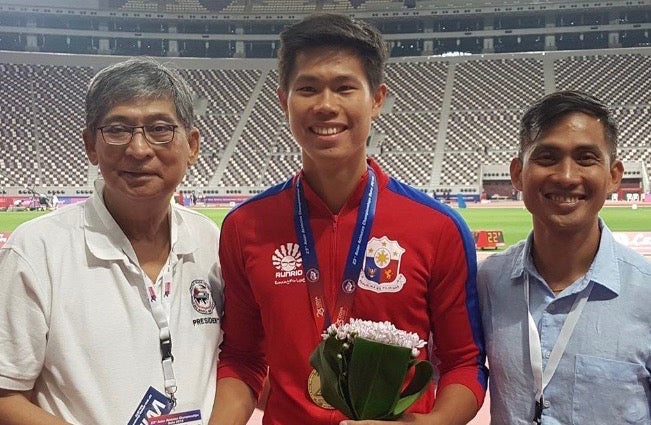 Son of former pole vault great Emerson Obiena, the 23-year-old failed to hurdle 5.76 meters but the effort hardly mattered for him to seal the fate of his rivals.

Zhang found the 5.71m elevation just too high and fumbled thrice while Huang wasn’t able to overcome the same height twice before trying his luck at 5.76 that also ultimately led to failure.

With his splendid performance, Obiena qualified to the world championships in September in Doha and eclipsed his national record of 5.55 meters achieved in the Singapore Open Championships two years ago.