Ejected Caloy Garcia says Rain or Shine ‘not getting any calls’ 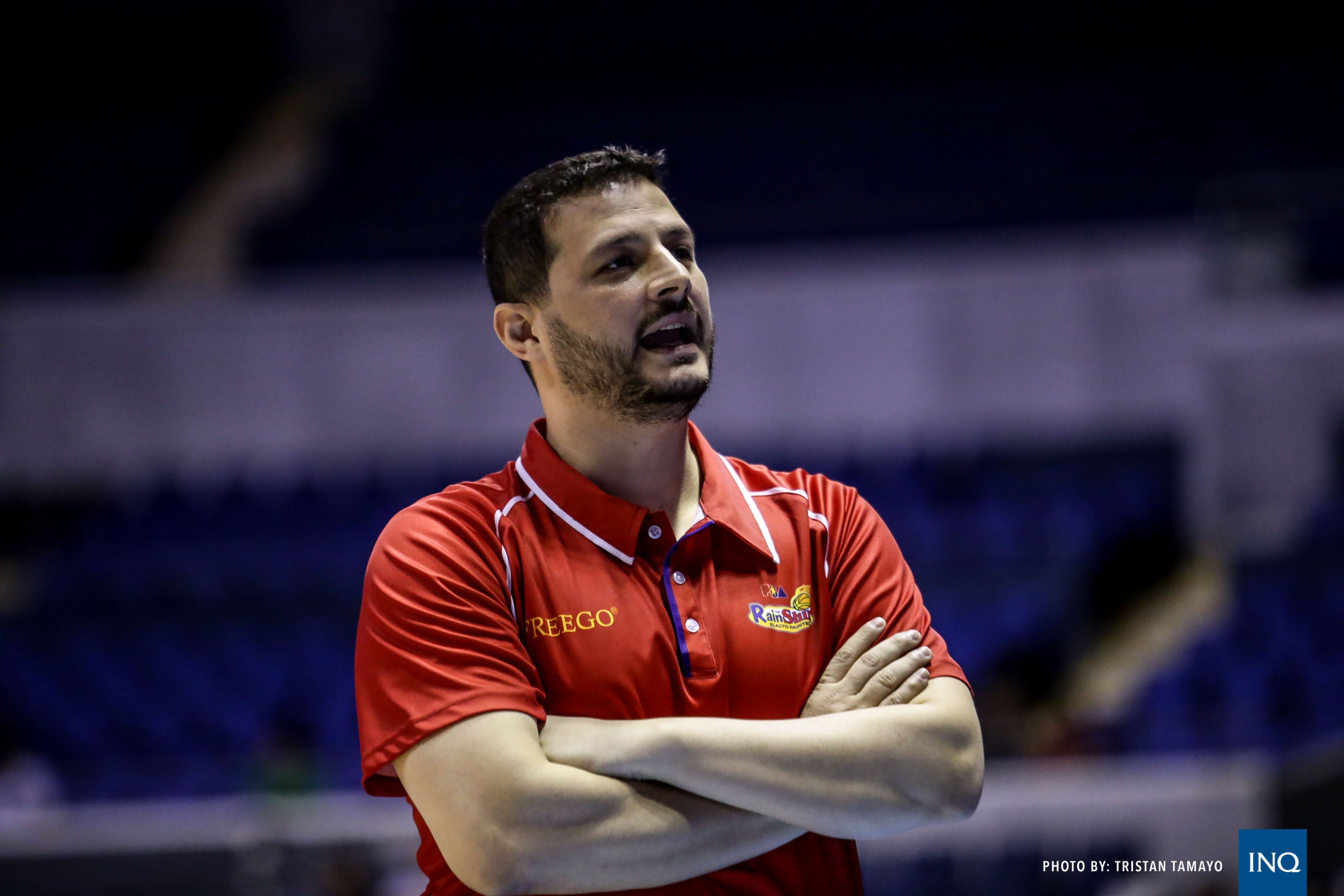 MANILA, Philippines—Rain or Shine head coach Caloy Garcia’s frustration mounted which led to his ejection late in the third quarter of Game 3 of the Philippine Cup semifinals against Magnolia Monday night.

Garcia was tossed after disputing an offensive foul called on Elasto Painters big man Beau Belga at the 1:43 mark of the third period.

“Actually, I was asking for a technical because I just don’t wanna get angry. I told [the referee] you have to throw me out because I felt we’re just not getting anything,” Garcia told reporters in Filipino after his team’s 94-91 loss that evened the best-of-seven series to 2-2.

“The referee was staying away from me so I went to the other referee who was holding the ball and I took a swipe at the ball. I said just throw me out because the officiating was really an eyesore.”

Garcia felt the Hotshots were the only team allowed to be physical for the majority of Games 3 and 4.

“Basically, I think from the start of the game, they were physical with us. I just told the players during halftime that we just have to man up against that team because we’re not getting any calls,” he said.

The Elasto Painters, who never led, were down 16 when Garcia picked up his second technical foul.

Garcia’s ejection, however, seemed to have lit a fire under Rain or Shine, which pulled within one in the waning seconds after trailing by as much as 21.

The Painters even had a chance to force overtime with 3.1 seconds left but James Yap, who’s hit countless of clutch shots throughout his career, hit the back iron on his potential game-tying 3-pointer as time expired.

“Well I told them after the game that it was a test of character at the end of the game. We climbed back from a 21-point lead. I felt that we did a better job in the fourth quarter because we played physical,” Garcia said. “We just have to match up with the physicality and we’ll see what happens.”