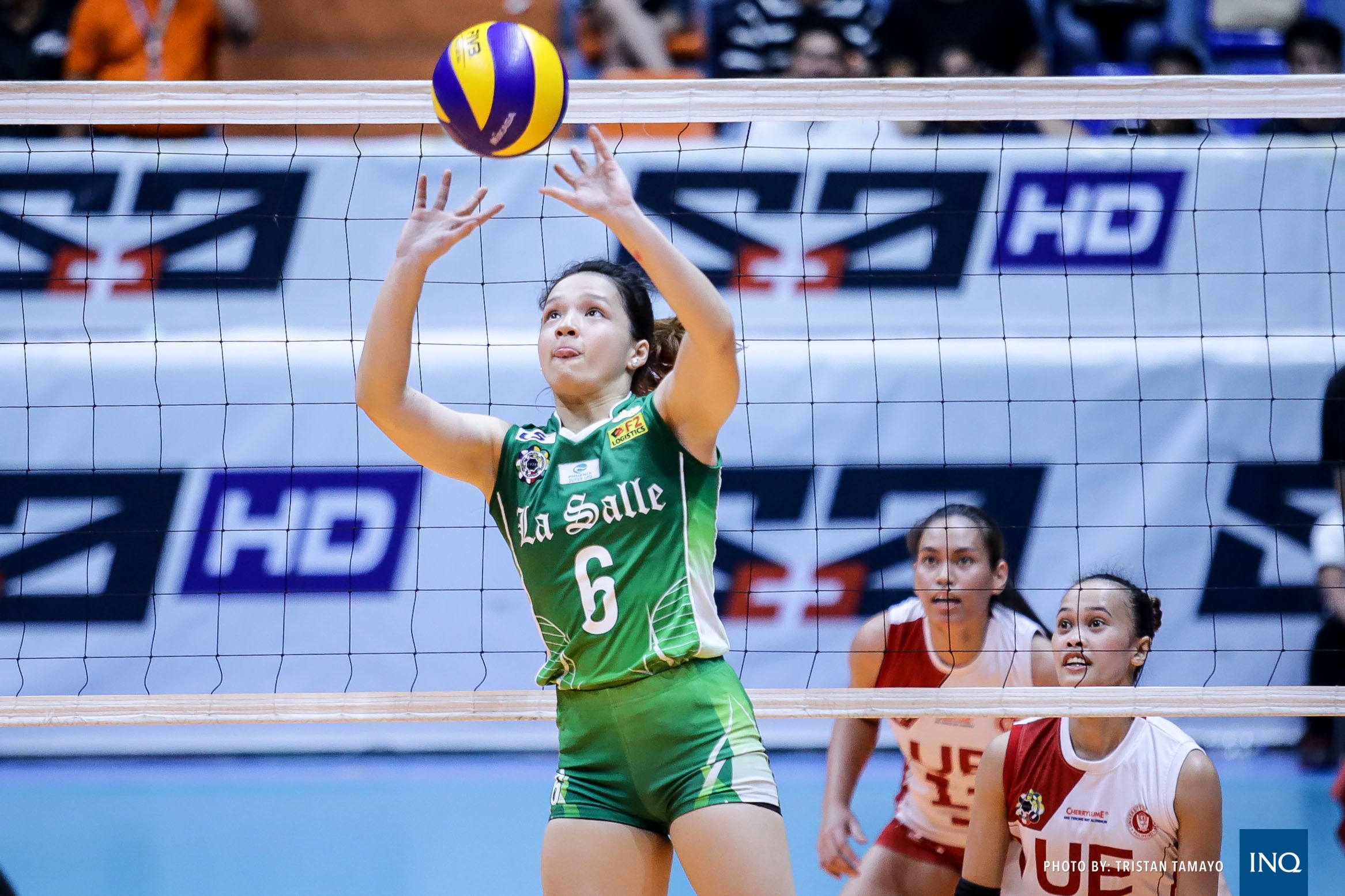 MANILA, Philippines—Michelle Cobb is considered as one of the best, if not the best, setters in the UAAP Season 81 women’s volleyball tournament after helping De La Salle to the past three championships.

The setter’s exploits also led La Salle to its dismantling of the Lady Warriors in three sets, 25-17, 25-16, 25-19, Wednesday where Cobb finished with 20 excellent sets with three points to boot.

Cobb’s numbers alone and the Lady Spikers’ 10-3 record are enough to give her a considerable case for the Best Setter award but Cobb is more geared towards the championship.

“It never occurred to me, and I didn’t even think about it,” said Cobb in Filipino. “I think there are far more important things to focus on because my priority is the team.”

“For now what I want is to get the four-peat.”

Cobb is the league’s no.4 setter prior to their game against UE with 5.63 excellent sets per period but the prospect of winning a four straight title—a feat that hasn’t been done since University of Santo Tomas won seven consecutive in 1985 to 1991—brings more allure to her.

The Lady Spikers have ruled the playing field for much of the decade having won six titles in the 2010s—with only Ateneo as the other school to win championships with two—and Cobb wants it to stay that way.

“The award really isn’t my priority, I want to focus more on my team.”