With Mary Ann Mendrez out, UE seniors get time together on the floor | Inquirer Sports

With Mary Ann Mendrez out, UE seniors get time together on the floor 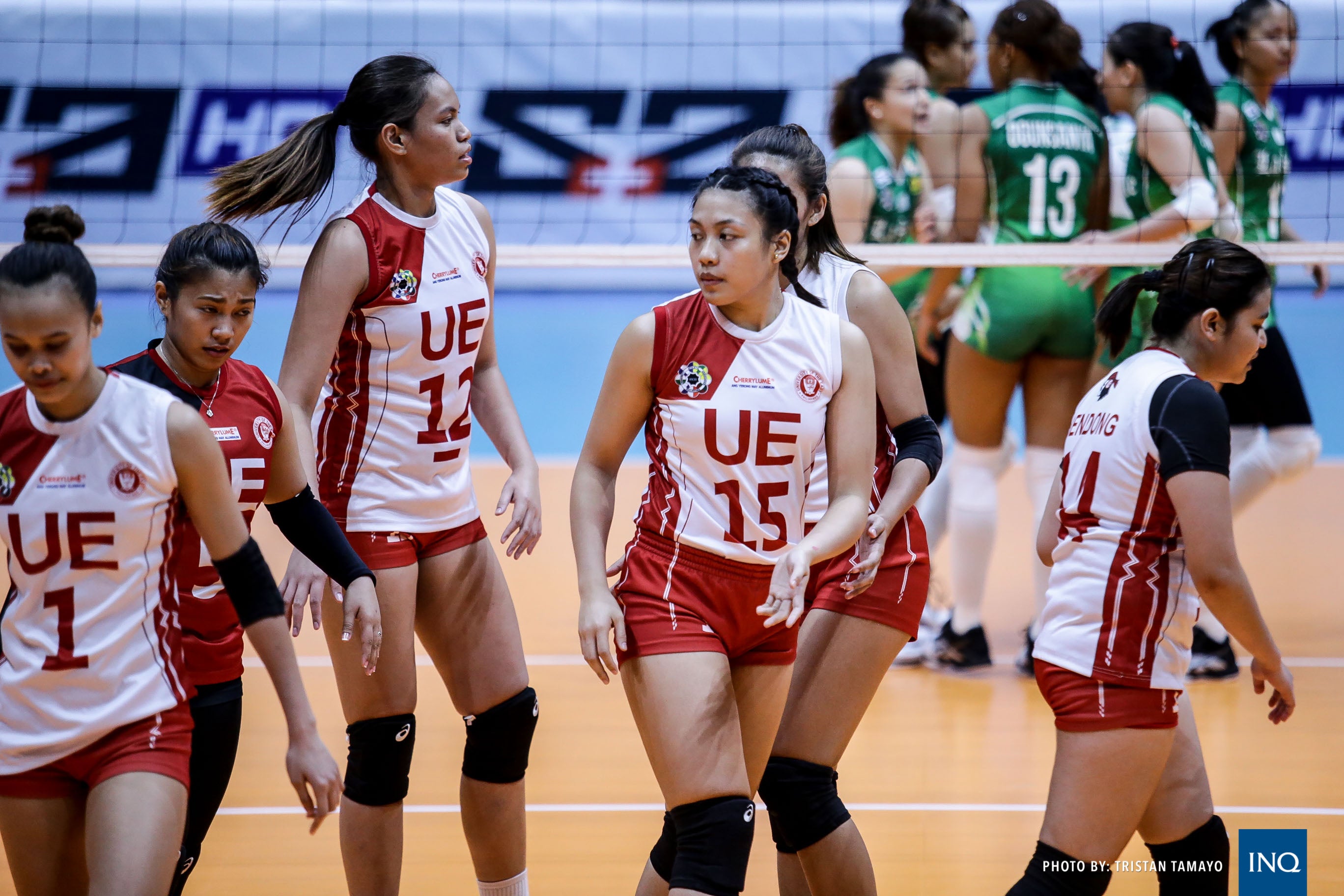 MANILA, Philippines—With the season winding out, star hitter Mary Ann Mendrez had to sit out University of the East’s second to the last game in the UAAP Season 81 on Wednesday.

Mendrez, UE’s second-leading scorer in the tournament with 13.3 points per game, was suffering from tonsilitis, which got worse over the Holy week break.

“When I got back in Manila, things got worse and that was when I got fever and tonsillitis,” said Mendrez in Filipino. “Coach [Karl Dimaculangan] didn’t let me train since Monday, although on Sunday I joined the practice but I didn’t finish it.”

Mendrez, though, saw her illness as a blessing in disguise as her graduating teammates got a chance to be on the floor at the same time.

Jasmine Alcayde, who rode the bench for most of the season, took Mendrez’ spot in the starting six joining other graduating players Judith Abil, Lai Bendong, Roselle Baliton, and Kath Arado,

“Ate Jas got to be in the starting six since this is her last playing year,” said Mendrez. “I think it’s also a good thing so those who will graduate got to play at the same time.”