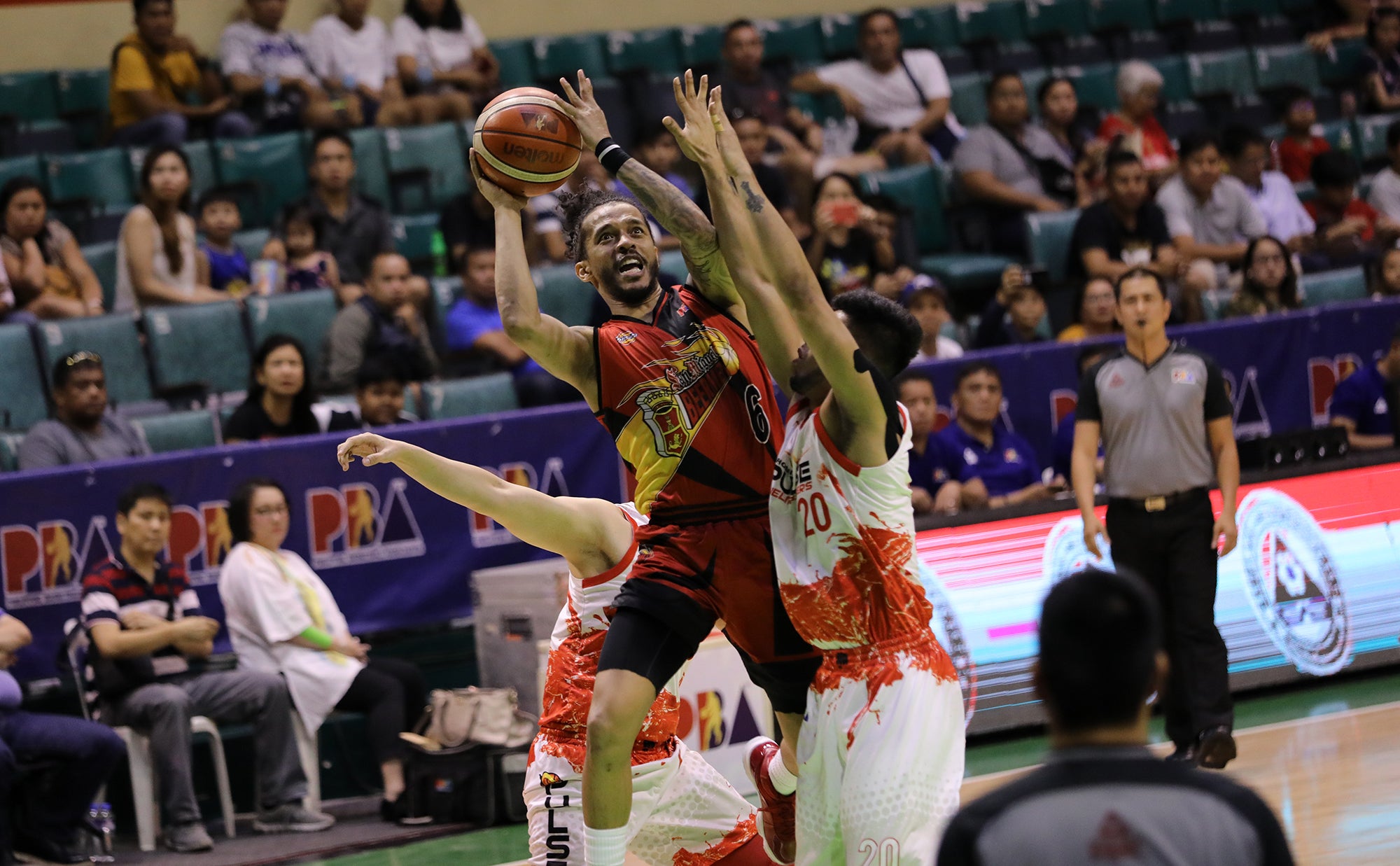 MANILA, Philippines–Coming off the heels of a masterful victory, it was clear that the reigning champions remain the force to be reckoned with in the prestigious PBA Philippine Cup.

San Miguel Beer took everything the top-seeded Phoenix Pulse could offer on Thursday night, and still pulled out a 105-94 Game 5 win at Cuneta Astrodome to book its fifth straight Finals appearance—the second most in the league’s storied history.

Chris Ross scored 24 points, his most in the semifinals, as the Beermen closed this half of the semifinals and moved closer to preserving their historic four-time reign in the all-Filipino conference.

Alex Cabagnot joined the scoring fray, unloading 22 points—15 of those coming from the three-point stripe, while five-time Most Valuable Player June Mar tossed in 17 more.

From there on, Wright and RJ Jazul took turns in clipping the lead, but was turned back by a jumper from Terrence Romeo, who has yet to taste his first trip to the Finals.

San Miguel now awaits the winner of the Magnolia-Rain or Shine series, that could be decided Friday, 7 p.m. at Ynares Center in Antipolo.

Read Next
FIFA bans eight players for life over match-fixing
EDITORS' PICK
NBI, Immigration to join hunt for ‘underground’ medical clinics
2 Chinese nationals arrested in raid on another unlicensed COVID-19 hospital in Pampanga
Notice of 2020 regular meeting of stockholders June 18, 2020
Leveling up your ‘lutong bahay’ with the kitchen companion you never knew you needed
Duterte approves Metro Manila’s shift to GCQ starting June 1
SM prepares for ‘safe malling’
MOST READ
Duterte approves Metro Manila’s shift to GCQ starting June 1
Revillame tells Roque: ABS-CBN is in my heart despite being in rival network
NCR is ready for GCQ — Palace
Año: Quarantine passes not needed in GCQ, movement restricted to essential travel
Don't miss out on the latest news and information.