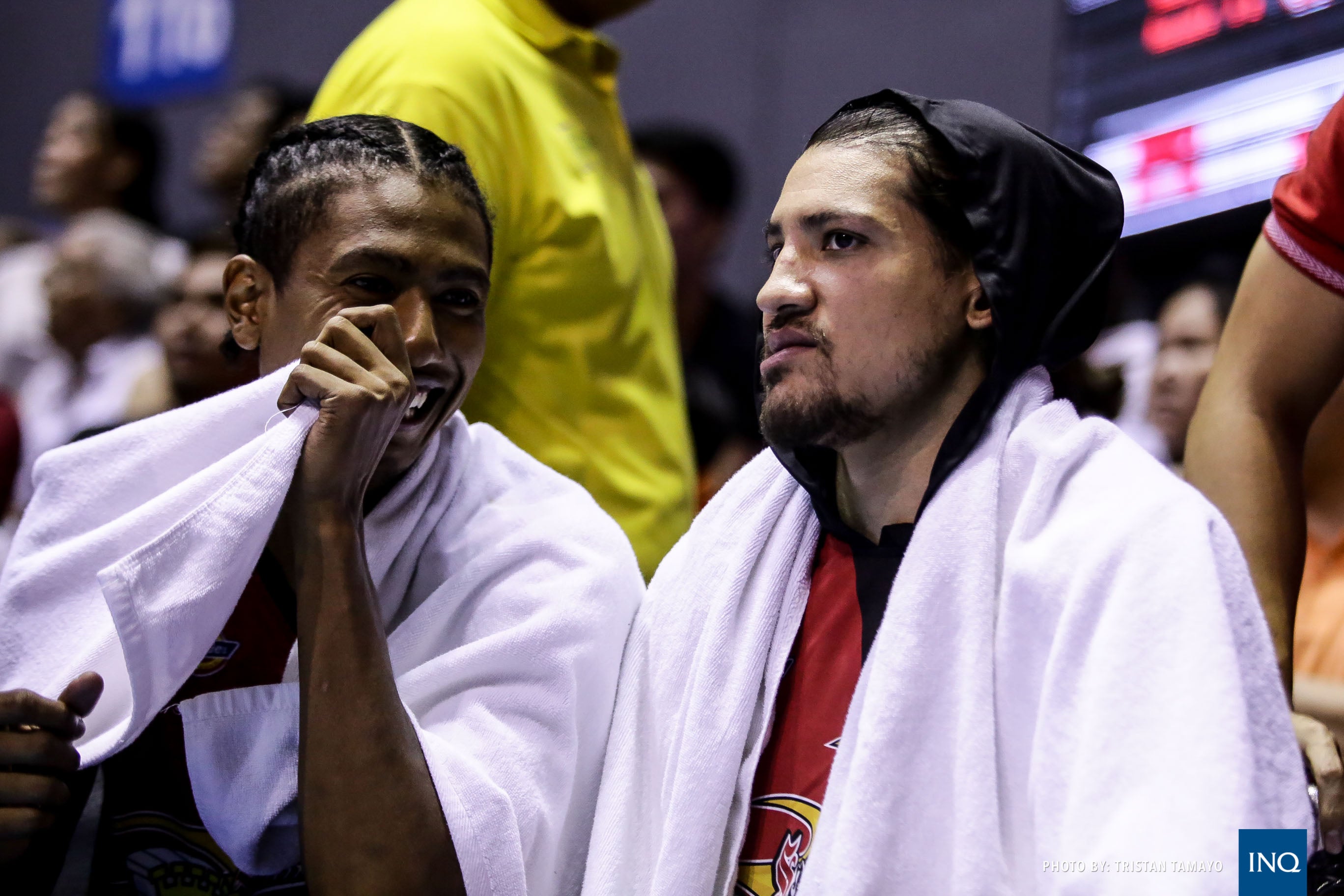 MANILA, Philippines—Back spasms have sidelined Marcio Lassiter in San Miguel’s semifinals series against Phoenix in the PBA Philippine Cup, but the sweet-shooting gunner is hoping to back in the championship round.

Lassiter first sat out the Beermen’s 92-90 Game 3 loss but the Beermen quickly adapted to his absence and closed out the series in Game 5, 105-94, Thursday at Cuneta Astrodome.

“It’s not exactly where I can play at a hundred percent, it’s not concerning but I want to make sure it gets to 100 percent,” said Lassiter who was in uniform but did not play.

The first game of the finals is set on May 1 with San Miguel waiting for the winner of the series between Rain or Shine and Magnolia with the Hotshots holding a 3-2 series lead.

“Hopefully I’ll have time to recuperate, I’m glad we’re able to win tonight so we can have some time to rest and recover.”

Lassiter played all 11 elimination round games for the Beermen where he averaged 14.6 points, 4.7 rebounds, 3.0 assists, while shooting the ball at 44 percent from beyond the arc and this accumulated stress is what the 6-foot-2 wingman thinks caused his injury.

The Beermen also fought through a tough three-game series against TNT during the quarterfinals.

“I think it’s just an accumulation of the games maybe and the past series was really physical,” said Lassiter. “Hopefully the time we get is the time I get to recover.”

While he is itching to get back on the floor, he’s also happy to see Matt Ganuelas-Rosser step up during his absence.

Ganuelas-Rosser averaged six points, six rebounds, and six assists while playing upwards of 31 minutes a game as the Beermen’s offguard in Games 4 and 5 of the series.

“I feel like it’s bittersweet because it’s great to see Matt step up, Von [Pessumal] step up, a lot of guys who don’t necessarily play a lot but were able to make some plays and prove that they can play,” said Lassiter.

“It was really good to see and at the same time I can cheer for them as they always cheer for me. It was just great to see that.”