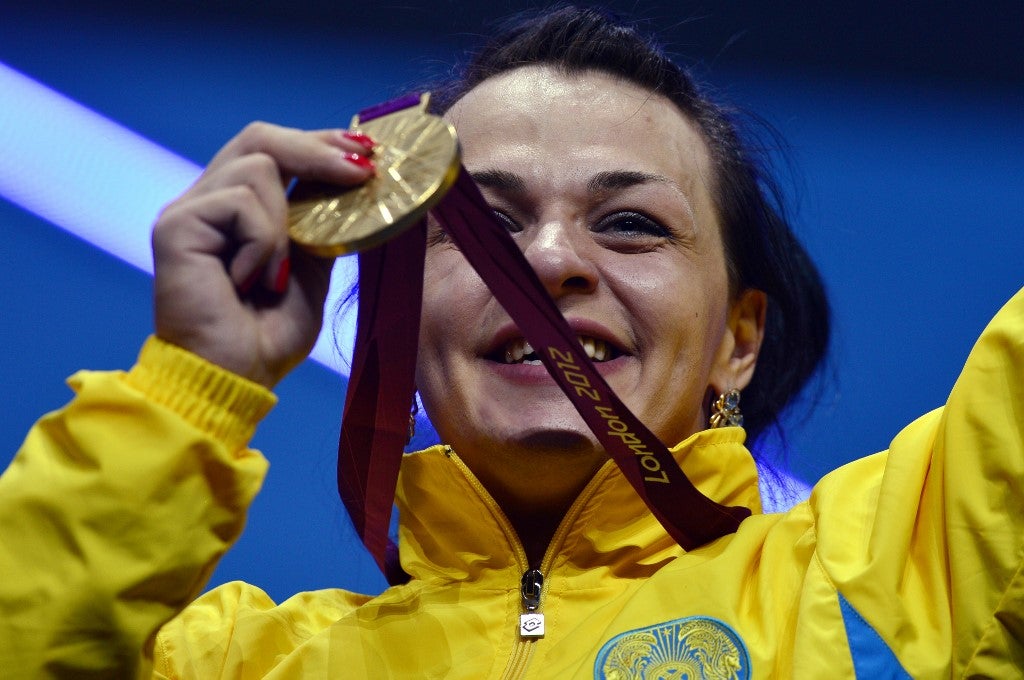 Kazakhstan’s Svetlana Podobedova poses on the podium with her gold medal after the women’s 75kg group A weightlifting event of the London 2012 Olympic Games at The Excel Centre in London on August 3, 2012. AFP PHOTO / YURI CORTEZ (Photo by YURI CORTEZ / AFP)

ASTANA, Kazakhstan — Kazakhstan says six of its athletes have failed to return their Olympic medals after being stripped of the honors for doping.

The Kazakh Olympic Committee says three weightlifters and two wrestlers are refusing to return their medals and weightlifter Svetlana Podobedova claims to have lost her gold medal.

The KOC says “the search for the medal continues.”

All of the six who have failed to return medals tested positive for steroids at the 2008 or 2012 Olympics. The International Olympic Committee retested its stored samples from those games in 2016, while investigating Russian drug use, and found there was also widespread doping by Kazakh medalists.