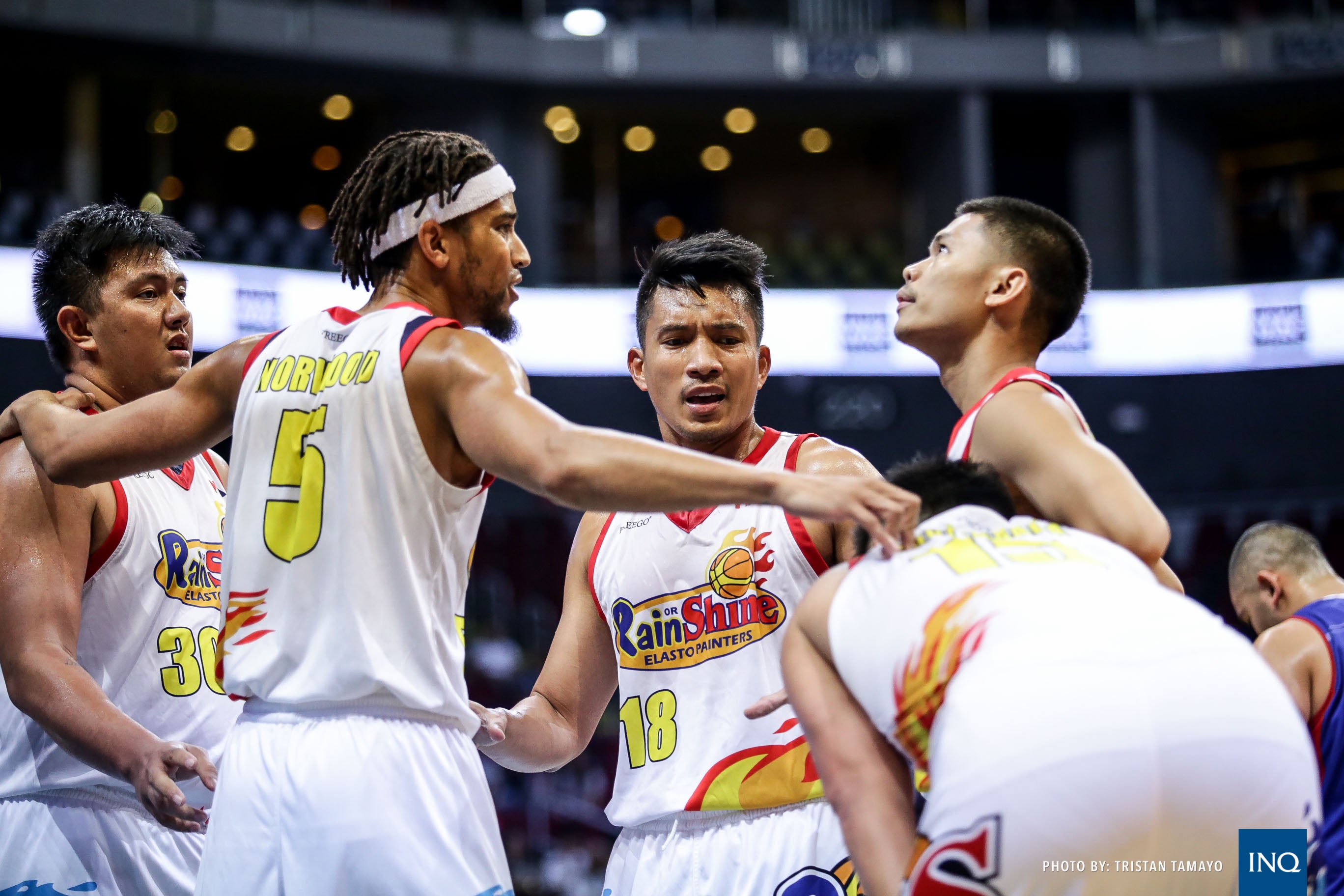 MANILA, Philippines—Experience can’t be taught that’s why James Yap’s biggest takeaway on Sunday night was his young teammates finally got a feel of what it’s like to be in a Game 7.

Yap, who is only one of three Rain or Shine players who has played in a Game 7 before Sunday’s showdown with Magnolia, said the Elasto Painters’ inexperience showed in their 63-60 overtime loss to the Hotshots.

“I’m so proud of my teammates. We really fought until the end,” Yap told reporters in Filipino after Game 7 of the Philippine Cup semifinals. “But you saw the difference when you’re up against a champion team in a crucial game.”

“You saw that we were too eager and they played relaxed but I’m proud of my teammates because were able to build a big lead against them in the third quarter.”

The Elasto Painters looked well on their way to a finals return after taking a 39-22 lead early in the third quarter before the Hotshots came back.

Behind its slew of battle-tested veterans led by Rafi Reavis and Ian Sangalang, Magnolia proved to be the steadier team in the crucial stages.

“The experience was a big factor because they just came off a championship so they really have the experience when the game is neck-and-neck and we resulted to panicking,” Yap said.

The 37-year-old Yap, a seven-time champion and four-time Finals MVP, led the Painters with 14 points. He also had four rebounds, three assists and two steals.

“James was the only one who’s relaxed. If it wasn’t for James’ composure we would’ve been blown out in the first half,” said ROS head coach Caloy Garcia.

Yap, however, just couldn’t convert on his potential game-winner and possible game-tying basket at the end of regulation and in the waning seconds of OT.

Despite the heartbreaking setback, Yap kept his head high and stayed upbeat.

“I’m still happy that we were able to experience this. This is big for our team. I like that my teammates are going to learn from this and we will be a more solid team when we face similar situations.”