Tim Cone wishes Magnolia luck vs powerhouse San Miguel: 'If anyone can, you guys can' | Inquirer Sports
Close
menu
search

Tim Cone wishes Magnolia luck vs powerhouse San Miguel: ‘If anyone can, you guys can’ 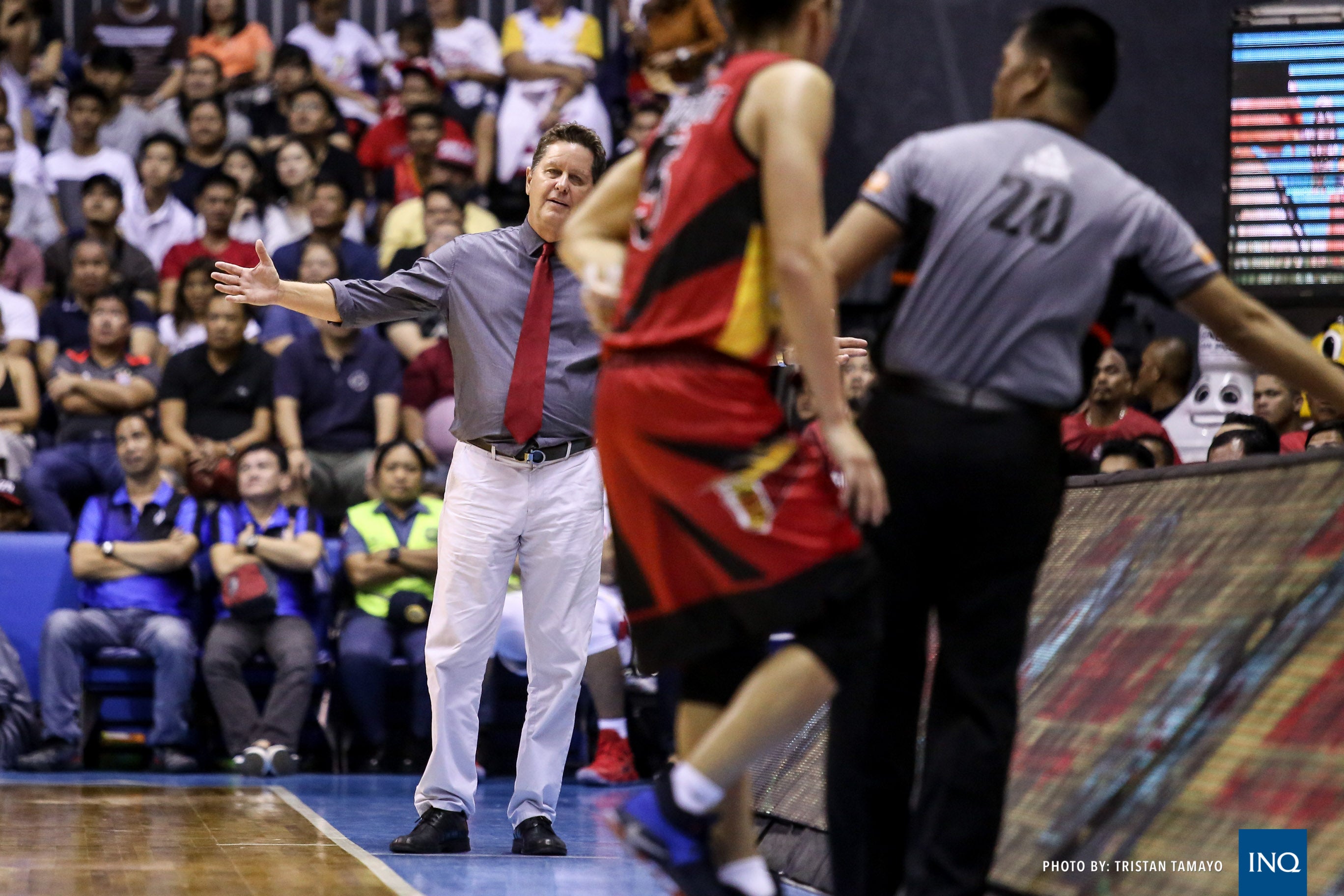 MANILA, Philippines—San Miguel has been untouchable in the PBA Philippine Cup for the past four seasons.

Alaska, Barangay Ginebra and Magnolia tried but failed to knock the Beermen off their perch. The Aces took them to seven games twice in 2015 and 2016 but not even a 3-0 lead at one point in the 2016 series could break the mighty SMB down.

But Gin Kings head coach Tim Cone believes the Hotshots have what it takes to finally end the Beermen’s seemingly interminable reign in their rematch.

Wow! What a great, grind-it-out, game 7 win by Magnolia. Great character win. Congrats, guys!! Best of luck against the Power House. If anyone can, you guys can.

“Best of luck against the Power House. If anyone can, you guys can,” said Cone in a tweet.

Cone’s Ginebra couldn’t do it when it had its chance two years ago as the Kings fell 4-1 in the series.

San Miguel also handled Magnolia in just five games in the 2018 Philippine Cup Finals but that was then and the Hotshots feel they are more equipped to go toe-to-toe with the Beermen this time with added experience.

Game 1 of the 2019 Philippine Cup Finals tips off Wednesday, 7 p.m., at Araneta Coliseum.