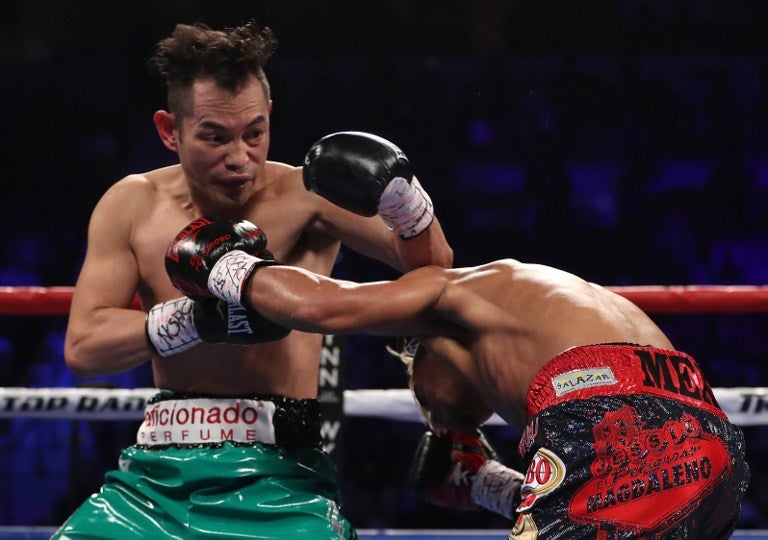 After securing a slot in the final of the World Boxing Super Series (WBSS), Nonito Donaire said he would be at ringside on May 18 to scout his next opponent. Japanese star Naoya Inoue and Emmanuel Rodriguez of Puerto Rico, both unbeaten, clash in the world bantamweight semifinal in Glasgow, Scotland.

The Inoue-Rodriguez fight promises to be terribly tough, an ultimate test, for both warriors.

Inoue, called the Monster, is a very dangerous opponent.

“We’ve an unwritten respect that we’ll be facing each other in the final fight,” Donaire said.

Donaire, a four-division world champion and 2012 Fighter of the Year, was quick to state that his projected championship fight against Inoue would be “the best against the best.”

There are more than a couple of reasons why Donaire is seeking a difficult and dangerous test while trying to come back as a boxing superstar and pound-for-pound top contender.

For one, Donaire made it to the WBSS bantamweight final via an irregular route.

He scored risk-free win in the quarterfinals after the previously unbeaten Ryan Burnett surrendered in the fourth round, victim of a freak back injury. It was Donaire’s first bout as a bantamweight since 2011.

In Donaire’s WBSS semifinal outing over the weekend, he scored an expected stoppage over the defenseless Stephon Young, a last-minute substitute for Zolani Tete, who quit ahead allegedly due to shoulder tendinitis.

After his trouble-free trip to the final, nothing less than a crucial clash against a top-rated opponent would help bring Donaire back to the top of the boxing world.

Both Inoue and Rodriguez are amazing warriors.

But Inoue, Donaire’s main choice for a title foe, is 17-0, with 15 knockouts. He barged into the elite bantamweight bracket with a first-round stoppage of former 118-lb titlist Jamie McDonald. He followed this scintillating win with a 1st round KO over ex-champ Juan Carlos Payano.

Inoue, with his power and skillset, is being given the big edge to rule the WBSS bantamweight championship.

As the underdog, Donaire could redeem himself from the forgettable slips in his career, when he got crushed silly by Jamaica’s Nicolas Walters, before being humiliated by Cuba’s Guillermo Rigondeaux.