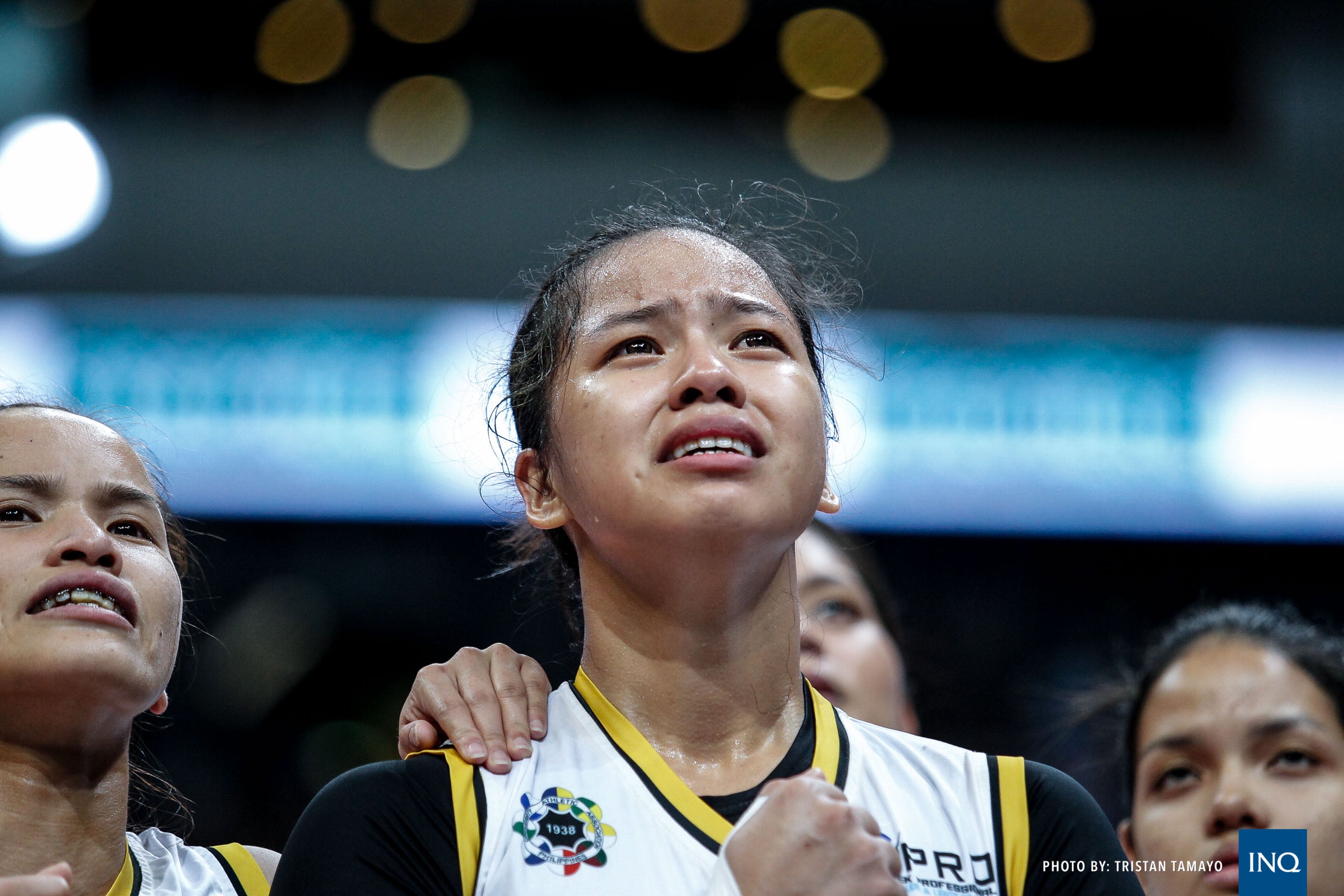 TEARS OF JOY. Eya Laure and the rest of the UST Golden Tigresses are in the finals after taking down defending champion La Salle in five sets. Photo by Tristan Tamayo/INQUIRER.net

Laure hurt the back of her left knee in the third set of University of Santo Tomas’ Final Four game against De La Salle in the UAAP Season 81 women’s volleyball tournament Sunday at Mall of Asia Arena.

“Coach (Kung Fu Reyes) told me ‘you can suffer through the pain later, play through it if you can. You can shout the pain away later in the dugout, but now if you can fight then fight,’” said Laure in Filipino Sunday at Mall of Asia Arena.

“He kept asking me, ‘Can you still play?’ And I thought to myself that I’m already here why would I leave? My teammates might need me and if I baby this pain then what would I have contributed for my team?”

Unlike her sister though, Laure was able to lead UST to a stunning win.

Laure put UST in match point, 14-10, with an off-the-block kill then followed it up with a crosscourt attack to seal the victory.

“I saw my teammates fighting when I was treated at the sideline and I saw how hard they were fighting,” said Laure. “Of course I want to be with them on the court to fight for UST with them.”