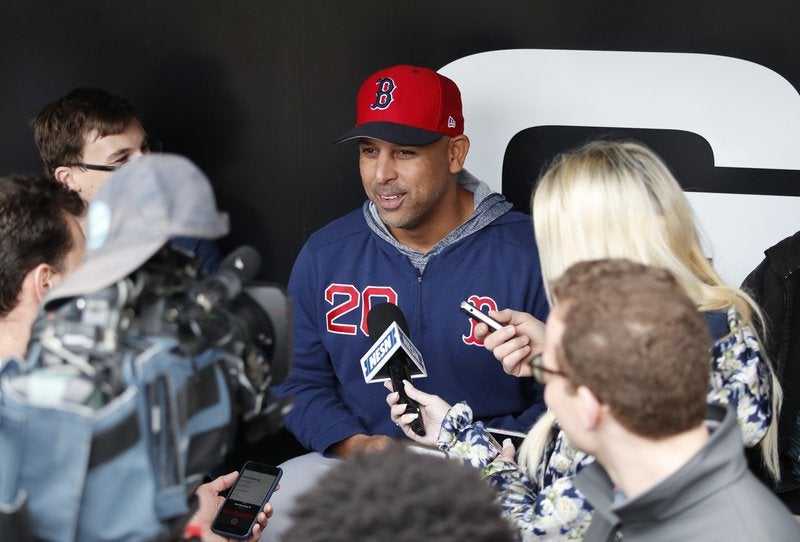 Boston Red Sox manager Alex Cora (20) talks with the media before a baseball game against the Chicago White Sox in Chicago, Friday, May 3, 2019. (AP Photo/Jeff Haynes)

CHICAGO — Boston Red Sox manager Alex Cora will not attend the ceremony at the White House on Thursday honoring the 2018 World Series champions.

Cora cited the Trump administration’s response to Hurricane Maria in his native Puerto Rico as the reason for his decision.

“The government has done some things back home that are great, but we still have a long ways to go,” he said on Sunday following a 9-2 win over the Chicago White Sox. “That’s our reality. It’s pretty tough to go celebrate when we’re where we’re at. I’d rather not go and be consistent with everything.”

Cora recently said he might attend the ceremony and say something, but had a change of heart after speaking with family and friends.

“We talked about it and decided (not going) was the best way to do it,” he said.

Cora said he informed the Red Sox of his decision a few days ago. Boston plays at Baltimore Monday through Wednesday and has a day off on Thursday.