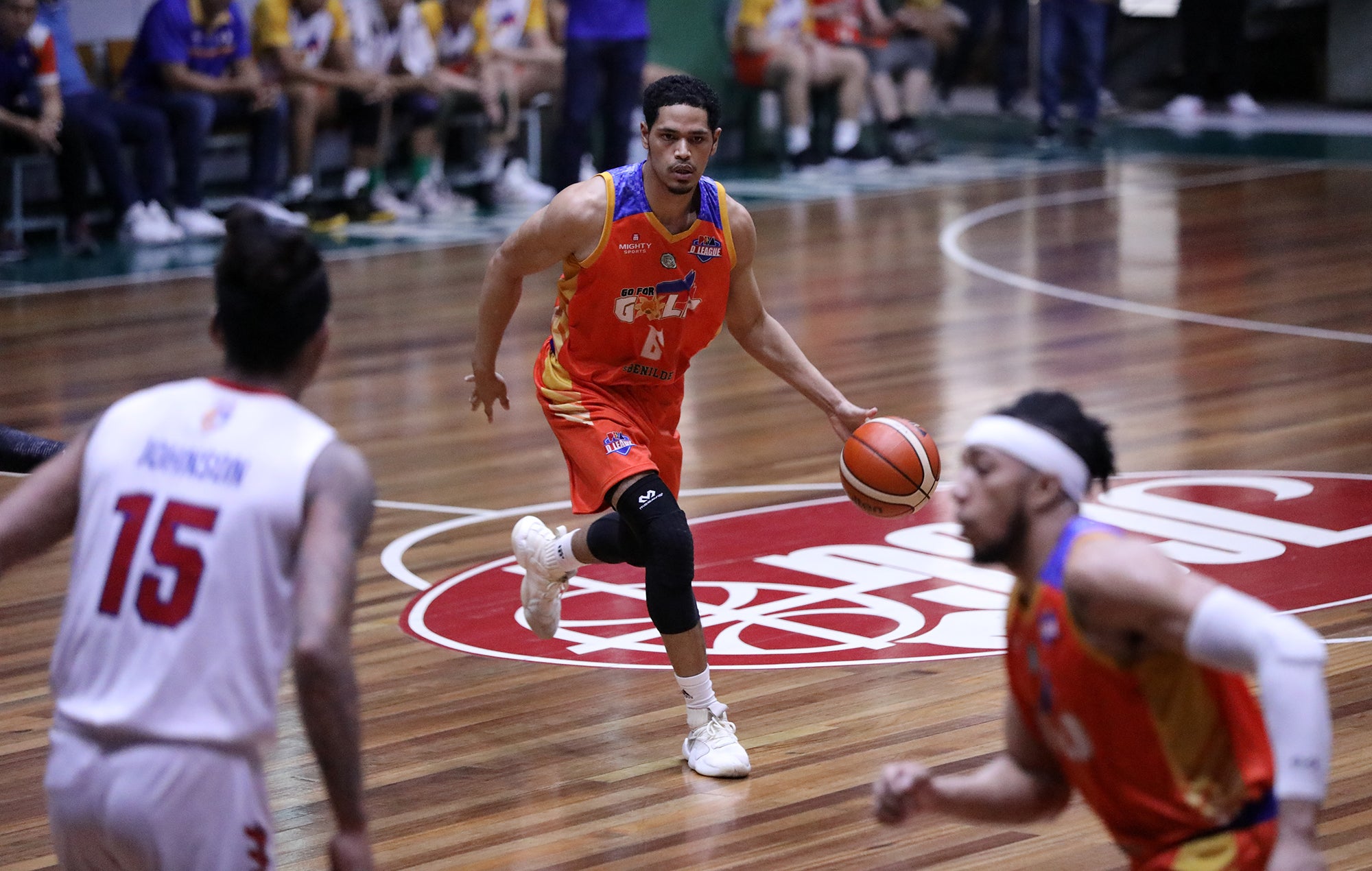 MANILA, Philippines—Go for Gold-College of St. Benilde shrugged off a slow start and saved its best for last, blasting AMA Online Education, 109-91, for its fourth straight win in the 2019 PBA D-League Tuesday at JCSGO Gym in Cubao.

The Scratchers put up a 32-point fourth quarter to turn a close game into a rout and climbed to fourth place in the Aspirants Group with a 5-3 record.

“I think we just got off to a bad start. Medyo slow start kami, but we picked it up and we’re playing much better,” said Go for Gold-CSB coach Charles Tiu.

Roosevelt Adams had an all-around game, collecting 21 points, 17 rebounds and five assists while Robi Nayve added 19 points and five rebounds for the Scratchers.

They were up by just nine, 77-68, at the end of the third quarter before turning up the jets in the final frame.

The Titans (2-4) lost a crucial game despite Joshua Munzon and Franky Johnson’s big numbers as they are now on the verge of missing the playoffs.