Pushed to the brink, Lady Eagles never doubted they could return to UAAP Finals 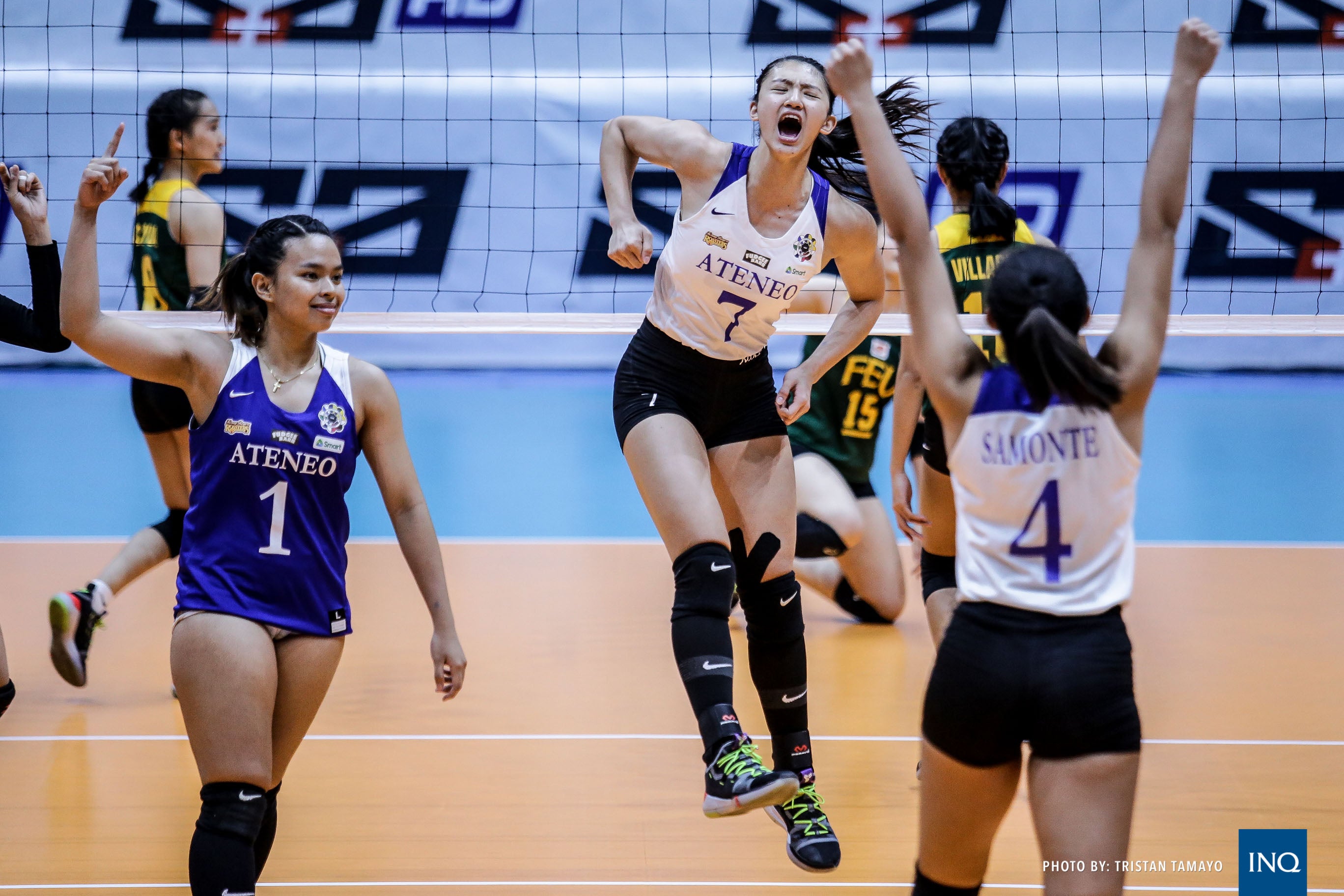 MANILA, Philippines—Ateneo’s graduating players Bea De Leon and Maddie Madayag were pushed to the brink of ending their collegiate careers early after FEU’s stunning victory in the Final last Sunday.

But as the Lady Eagles, whose twice-to-beat edge was diminished, fought for their lives in the UAAP women’s volleyball Final Four on Wednesday, the possibility of playing their last game in the league didn’t cross their minds.

READ: Ateneo soars back to UAAP volleyball finals, stops FEU in its tracks

“I’m kind of speechless because this is my last year so it’s nice to be back in the finals.”

The Lady Eagles returned to the finals a year since the Lady Tamaraws booted them out of contention in the Final Four in Season 80, which ended the streak of six straight finals appearance from Season 74 to 80.

Now, Madayag and de Leon have a chance to wrap up their UAAP careers with a shiny hardware.

“There’s one more job to do but we’re thankful we got here, we didn’t entertain the thought that this would be our last game,” said De Leon, who finished with nine points. “We knew and we trusted that this game was for us.”