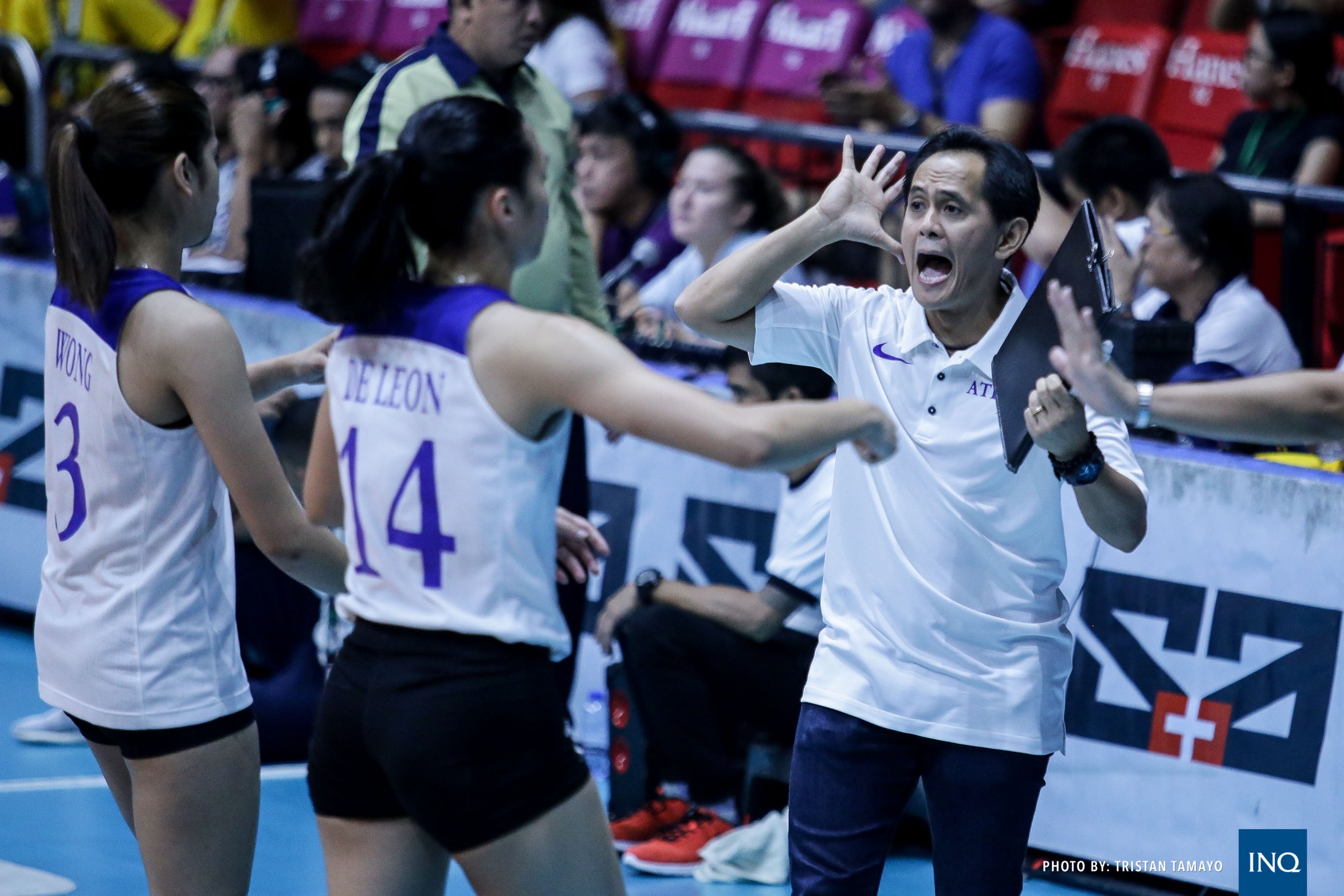 That was the message of Lady Eagles head coach Oliver Almadro after his team sent feisty Far Eastern University packing with a 25-20, 21-25, 25-23, 25-14 win for a spot in the UAAP Season 81 women’s volleyball finals.

Ateneo, which had a twice-to-beat edge in the Final Four, recovered from its five-set loss to the Lady Tamaraws in a game which gave the Lady Eagles’ critics plenty to talk about.

But Almadro and his girls were not one to give up.

“Many people, expert people will count us out because of statistics, but sometimes it’s not about statistics, it’s about heart and resiliency,” said Almadro after the Lady Eagles sealed their entry to the finals.

“Most of the time they counted us out.”

On the contrary, Lady Eagles were actually the best team in terms of blocks, second-best in spikes, and the no. 5 team in service success.

Ateneo averaged a league-best 2.6 blocks per set after the eliminations and posted a 27.9 success rate in terms of spiking.

Despite the numbers to back up Ateneo’s performance, there is no shortage of doubters of one of the league’s most popular teams and the Lady Eagles are eager to prove them wrong.

“We’re here to prove to everybody that we’re capable of reaching the finals, as Maddie [Madayag] said when we get to the finals then it would be a different story,” said Almadro.

Read Next
Nothing Hotshots could do to stop June Mar Fajardo’s near-perfect night
EDITORS' PICK
COVID-19 cases surging in all regions and provinces, says DOH
Acer starts the year off strong with the Aspire Vero National Geographic Edition
DOH: Too early to say COVID-19 cases are declining
Duterte praises military but slams police for poor discipline, corruption
The best of bayside and city living at SMDC’s Sail Residences
Over 3 Million worth of prizes to be won at Smart Padala’s SENDali Manalo Promo!
MOST READ
Marcos Jr. visits Cebu, stands as ‘ninong’ to mayor’s son
Duterte praises military but slams police for poor discipline, corruption
Djokovic has to comply with rules to go to Spain, PM says
Comelec junks petition to scrap Bongbong Marcos COC
Don't miss out on the latest news and information.