MANILA, Philippines — A total of 32 records were breached in different events in swimming, athletics, and archery during the 2019 Palarong Pambansa in Davao City.

Department of Education-Bureau of Learners Support Services (DepEd-BLSS) Director Rizalino Jose Rosales reported in a press conference Thursday that specifically, 18 records in swimming were beaten, 10 in athletics, and four in archery. 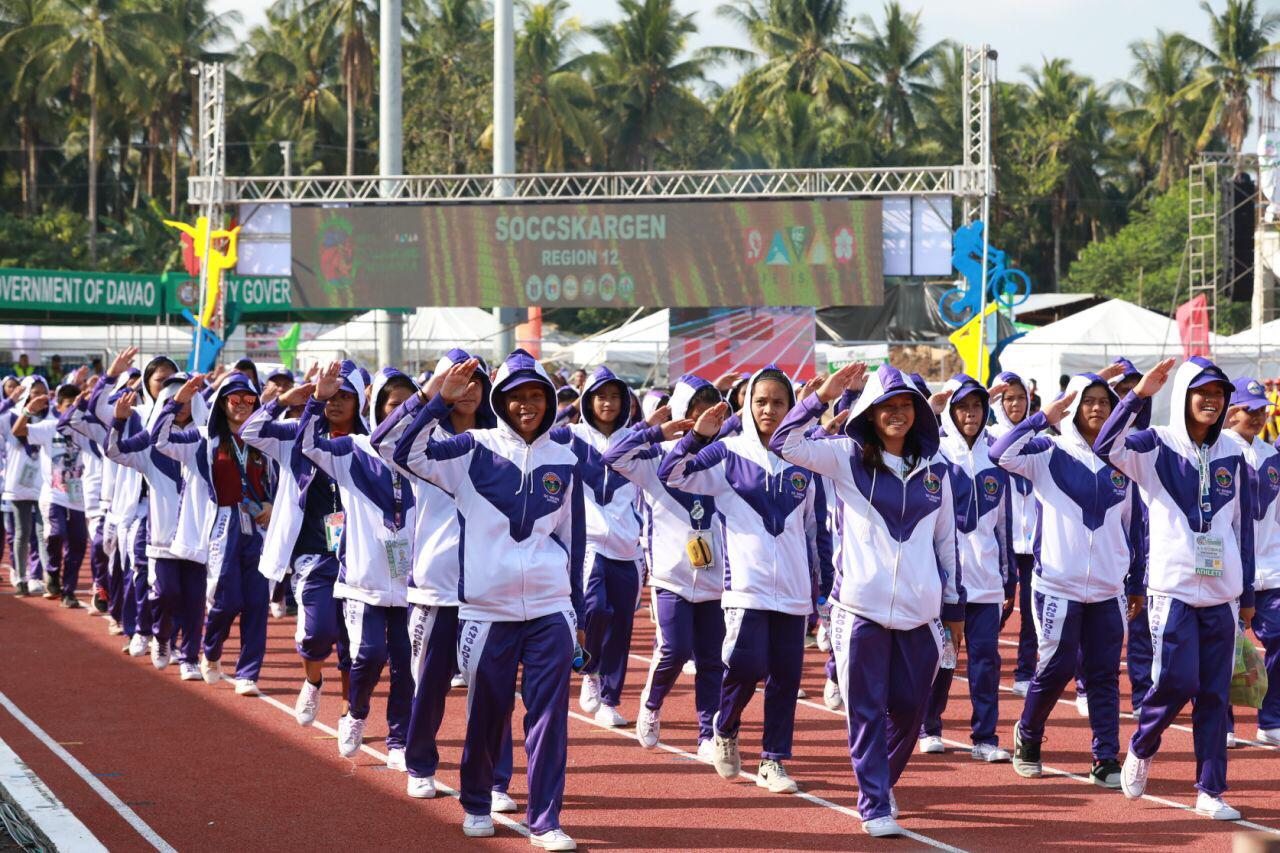 Athletes from Region 12 during the 2019 Palarong Pambansa parade. Photo from DepEd

Rosales also said more records were breached in the secondary level compared to the elementary level.

The National Capital Region (NCR) reigned anew as the overall champion in the Palarong Pambansa with 86 gold medals, 71 silver medals, and 56 bronze medals.

However, Rosales said there were five regions with notable improvements in their overall ranks in this year’s tourney: “Naglevel up po ang mga regions.”

Region 5 climbed six spots after ranking seventh in this year’s Palarong Pambansa from being last year’s 13th place, he said. Athletes from Region 13 during the 2019 Palarong Pambansa parade. Photo from DepEd

Soccsksargen or Region 12 ranked fourth from seventh; Region 3 ranked sixth from eighth; Region 1 ranked ninth from 11th; and Caraga or Region 13 ranked 12th from 14th in 2018, he added.

The 2019 Palarong Pambansa, with the theme “Shaping the Future through Sports,” ran from April 27 to May 4. /kga