MANILA, Philippines—The collegiate world’s most anticipated event of the summer is finally drawing to a close with University of Santo Tomas and Ateneo facing for the UAAP Season 81 women’s volleyball championship.

This is the first time that the Lady Eagles and the Golden Tigresses are meeting in the finals in a showcase of two teams that on different ends of history.

Ateneo rose to prominence in the late part of 2000s then winning the two straight titles in Seasons 76 and 77.

UST, meanwhile, is considered as one of the premier programs in UAAP history, bagging its first three titles from Seasons 37 to 39 but reached a golden age in the late 80s when it won an unprecedented seven straight crowns.

The Golden Tigresses, however, has hit a slump in the past decade with their last title coming in 2010.

With both teams chasing history, it’s just fitting to look at what they could eventually do to get that coveted Season 81 trophy.

The Golden Duo vs. the Triple Tower 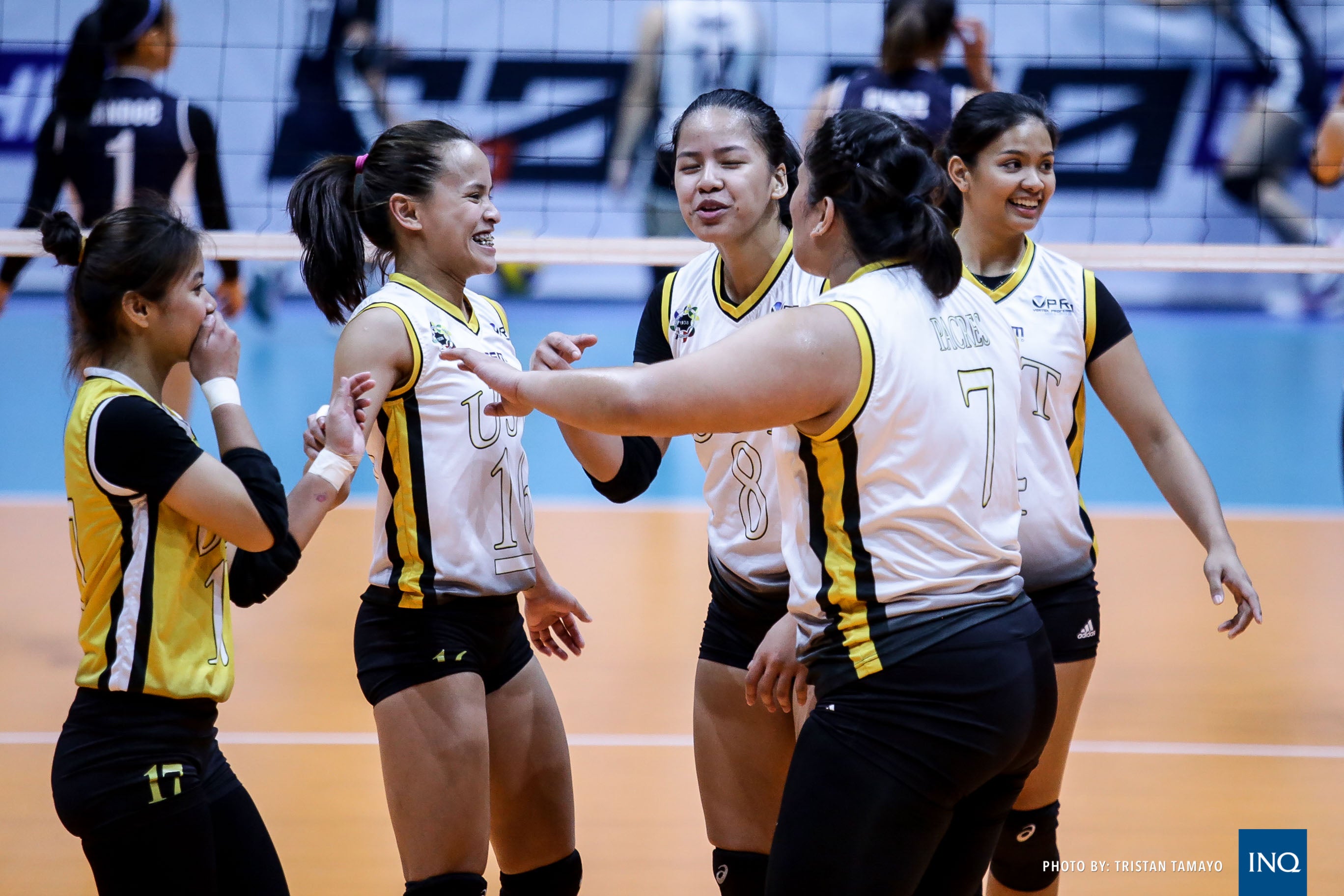 No team in the league has seen a more potent offensive partnership than UST’s Cherry Rondina and Eya Laure.

The two dominated the competition leading UST to the league’s second-best record at 10-4 while also reigning as the tournament’s top two scorers.

Rondina amassed a total of 259 points to become the league’s top scorer while Laure had 230 points at second place and those offensive firepower got its first validation right before the start of the championship round.

This duo has pushed to Golden Tigresses the whole season and won at least one game against all the other teams in the league except for one—the Lady Eagles.

Ateneo was the only team in the league to sweep a season series with the Golden Tigresses and that was thanks to no small part to the troika of Maddie Madayag, Kat Tolentino, and Bea De Leon.

The Lady Eagles averaged 18 kill blocks in the two matches against UST during the eliminations and that was Ateneo’s main asset against UST’s firepower.

Madayag alone had 17 of the total 36 kill blocks Ateneo had against UST.

Not to be outdone, Ateneo also has its players who won a couple of individual awards in Madayag and Tolentino who were named the second Best Middle Blocker and Best Opposite Hitter. 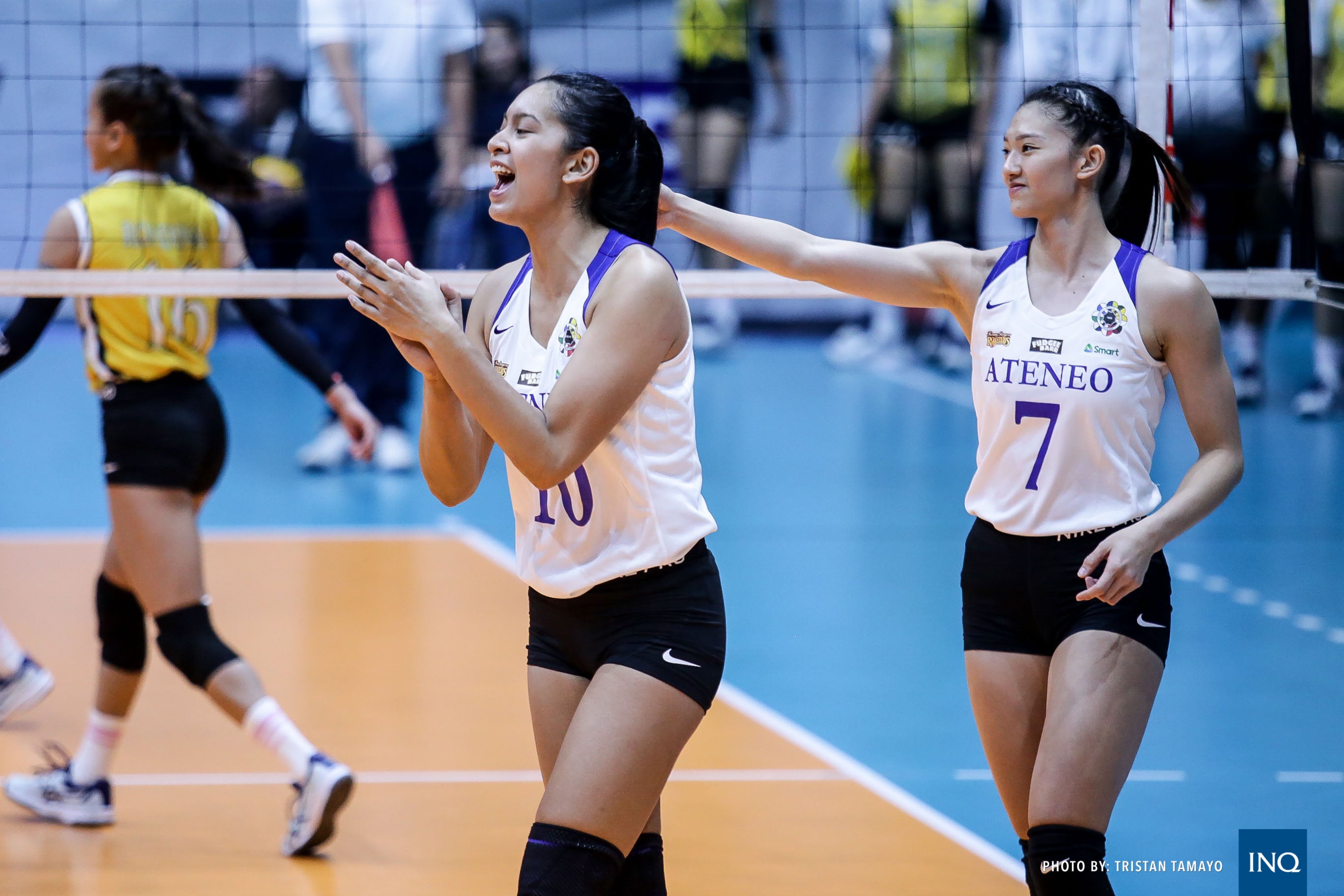 Ateneo doesn’t have the same high-octane offense that UST has but it has its fair share of offensive outputs from Tolentino and Madayag.

Tolentino was the league’s fourth best scorer with 200 total points or 14.3 points per game while Madayag was the top-scoring middle blocker with 163 total or 11.6 points a game.

Then again, Tolentino and Madayag shouldn’t carry Ateneo’s offense by themselves.

Enter Ponggay Gaston who hasn’t been putting numbers up to par with her teammates as she averaged 8.7 points a game for a total of 122 the whole elimination round.

Another player that needs to step up for Ateneo is Jules Samonte.

Season 79’s Rookie of the Year has become an afterthought here in Season 81 averaging just 7.5 points in the eliminations.

For Ateneo to truly dominate, it needs Samonte and Gaston to pick up the slack. The latter part of the season saw that UST isn’t just about Rondina and Laure for other players such as rookie Ysa Jimenez and KC Galdones eventually stepped up.

Third-year blocker Caitlyn Viray also emerged as a viable option for the Golden Tigresses towards the Final Four.

Jimenez averaged 7.0 points as the Golden Tigresses’ third offensive option from the wings while Galdones and Viray, both middle blockers, normed 8.5 and 7.5 points, respectively,

Scoring, however, wasn’t the only area showed its depth.

Veterans Alina Bicar and Rica Rivera have been reintegrated into the starting lineup in place of rookies Mafe Galanza and Janel Delerio.

Bicar was stellar for UST in the Final Four against La Salle with 23 excellent sets while also being the one who remained at the service line.

Rivera, who sat the bench for most of the season, got the starting job in the Final Four and was a defensive stalwart for the Golden Tigresses with 21 excellent digs and 21 successful receptions.