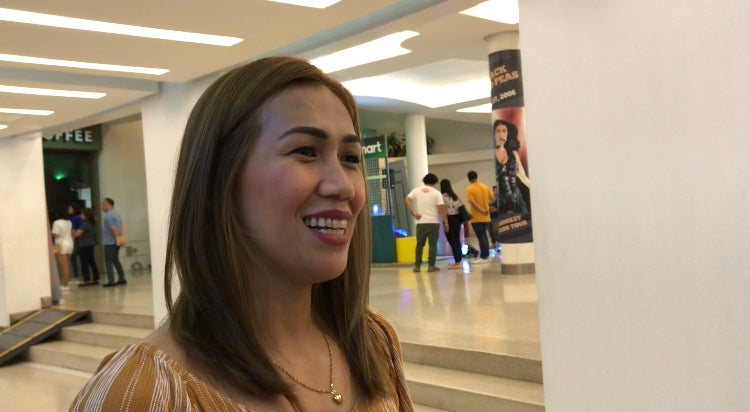 MANILA, Philippines—”Kami naman” has been University of Santo Tomas’ mantra in the UAAP Season 81 women’s volleyball tournament and no other player in that roster embodied that spirit more than Cherry Rondina.

The Golden Tigresses’ talisman was a wrecking ball of pure energy finishing as the league’s top scorer amassing a total of 259 points during the eliminations to lead UST to a second-best 10-4 record en route to its first finals series in eight years.

Rondina’s exploits earned her the MVP, Best Scorer, and second Best Outside Hitter awards, but those trophies aren’t the only ones the “Cherry Bomb” got.

Venus Bernal, the last Golden Tigress to win an MVP, said she’s proud of what Rondina has accomplished and that she’s elated to see her alma mater become the home of the top individual prize in the league.

“Actually, just watching UST play in the finals is an amazing feeling and also Sisi won the MVP,” said Bernal in Filipino Saturday at Smart Araneta Coliseum. “Sisi deserved this.”

“Of course, it’s not just Sisi. With the help of her teammates, I feel that this year belongs to UST. I’m happy for Sisi because at least the MVP award is back in España.”

Bernal was the MVP and Best Scorer in Season 69 and she led the Golden Tigresses to the championship when they swept Far Eastern University in two games.

Rondina’s MVP award, though, might be followed up next year if Rookie of the Year Eya Laure continues her stellar play.

Laure was the second-best scorer in the league with a total of 230 points and she was named as the first Best Outside Hitter of the tournament.

Bernal said she wants the MVP trophy to stay in UST but she insisted that the main goal is always the championship.

“Of course, I want her (Laure) to win the MVP and I also want UST to win the title,” said Bernal. “Then again, you can’t always say what’s going to happen. They just have to improve and I know the kids can see that they’re doing their best.”