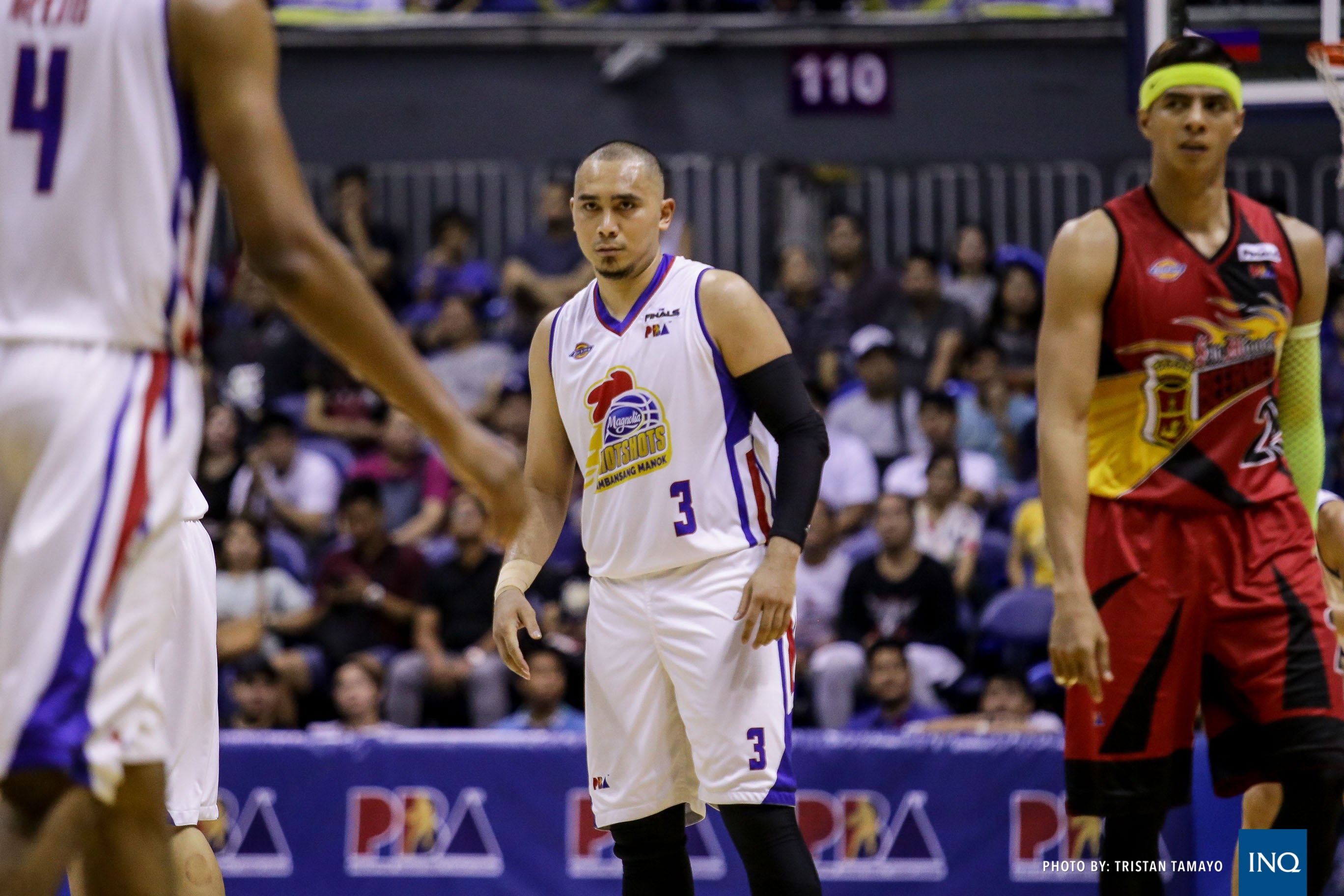 MANILA, Philippines—Even after hurting his shoulder in Game 5 of the PBA Philippine Cup Finals Friday night, Paul Lee is optimistic that he’s going to play on Sunday.

After all, he has one big reason to do so.
Lee could notch his first-ever all-Filipino Cup championship, a crowning glory that has evaded his clutches in his eight years in the league.
“I’m OK,” he told reporters when asked about his left shoulder, which he hurt after colliding with San Miguel’s Marcio Lassiter in the final four minutes of the match.
“So far, it’s nothing serious. We just have to observe it continuously. We’ve ran tests earlier  and I’m feeling fine,” said Lee, who finished with 12 points in Magnolia’s heart-stopping 88-86 win.
Having gone through a myriad injuries in the past, Lee went on to assure that the pain is not something that will hold him back when the Hotshots try to knock the crown off San Miguel Beer on Sunday night at the Big Dome.
“I know the feeling of a dislocated shoulder. It just swelling all over,” the three-time PBA champion said in Filipino. “I’m feeling fine.”
Lee notably hurt his left shoulder during the 2012 Governors’ Cup, where he was still playing for Rain or Shine. The injury shelved him for most of the conference, and he wound up watching his teammates march to the franchise’s first-ever title.
The Hotshots guard is left to turn to his team’s mantra once more—a rallying cry that has pulled them through a whirlwind tournament schedule, multiple character tests, physical battles, and of course, being overwhelming underdogs against a champion whose reign has remained uninterrupted for four straight years.
“Believe.”
But Lee said that “believing” has become something entirely different for the Hotshots. After all, they have become champions. After all, they have proven to themselves that they can go toe-to-toe with the league’s powerhouse.
Now, Magnolia has faith.
“We’ve long known that we can win,” he said. “We just have to follow through with our game plan and help each other out. That will be the key.”
ADVERTISEMENT

“We won’t win with one, two guys doing it all. We all have to contribute, whether it be five points, four points. A rebound, an assist. All of those will be big for us.”