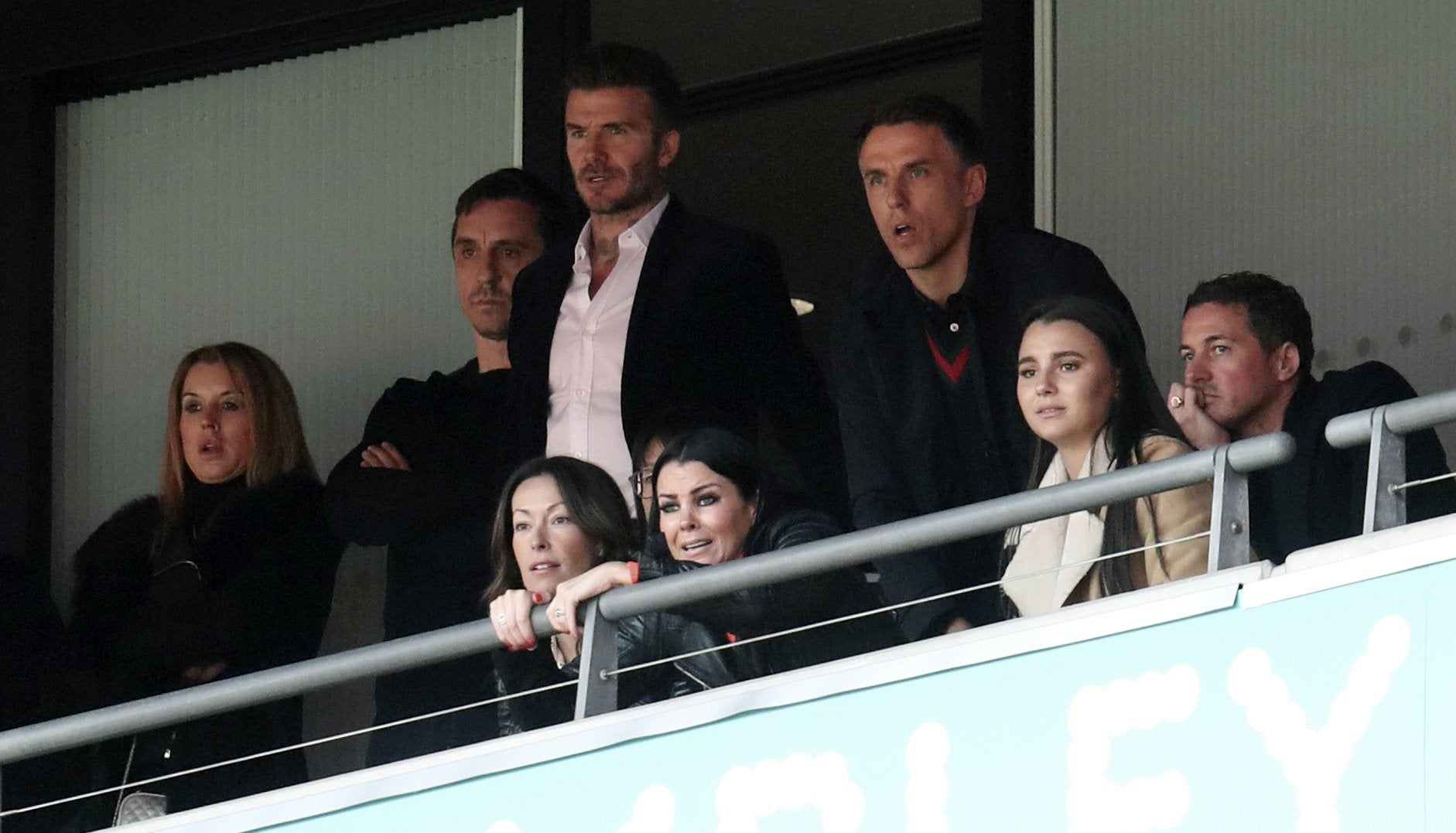 Salford City co-owners Gary Neville, second left, David Beckham, center, and Phil Neville watch the National League Play-off Soccer Final at Wembley Stadium, London, Saturday, May 11, 2019. David Beckham watched on at Wembley as Salford secured their Football League place with a 3-0 win over AFC Fylde in the Vanarama National League play-off final. The former England captain joined some of his fellow co-owners from Manchester United’s ‘Class of 92’ to cheer on Graham Alexander’s side as the club secured promotion to the Football League for the first time. (Bradley Collyer/PA via AP)

LONDON — David Beckham watched his Salford team secure its Football League place with a 3-0 win over AFC Fylde at Wembley Stadium in the National League playoff final on Saturday.

The former England captain joined some of his fellow co-owners from Manchester United’s “Class of 92” players — including brothers Gary and Phil Neville, and Ryan Giggs — to cheer on Graham Alexander’s side as the club secured promotion from the fifth tier to the Football League for the first time.

Emmanuel Dieseruvwe fired Salford in front in the 15th minute following a defensive mishap, with Carl Piergianni’s second-half header and a third by full-back Ibou Touray completing what was in the end a comfortable victory.

It completed a remarkable rise for the team since the Nevilles joined up with Paul Scholes, Nicky Butt and Giggs to take control of the Ammies in 2014.

Beckham also bought into Salford in January, when he purchased a 10% stake.

“It is tough, but we have done it and we are so proud and delighted,” said Gary Neville. “Five years ago we had 180 fans, now we have got a few thousand here, so it is amazing.”

The club is located less than 8 kilometers (5 miles) from United’s Old Trafford.

The former United players are members of the so-called Class of 92, who graduated from the academy and won trophies under Alex Ferguson.