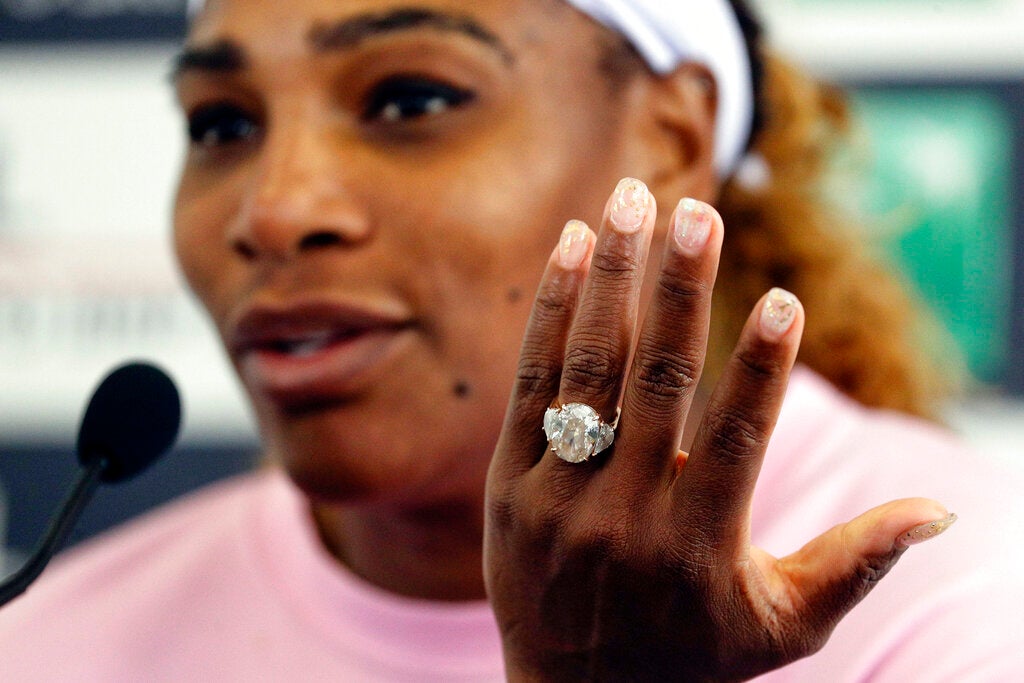 Serena Williams, of the United States, gestures as she meets the journalists after winning her match against Sweden’s Rebecca Peterson at the Italian Open tennis tournament, in Rome, Monday, May, 13, 2019. (AP Photo/Gregorio Borgia)

ROME — Serena Williams has withdrawn from the Italian Open ahead of her second-round match against sister Venus due to an old left knee injury.

Tournament organizers made the announcement on Tuesday, a day after Serena opened her clay-court season with a straight-sets win over Swedish qualifier Rebecca Peterson.

It’s the third straight tournament the 37-year-old Serena has exited from due to physical problems.

As a result of this latest withdrawal, Venus advances into the third round via a walkover.

It wasn’t immediately clear if Serena would recover in time to play the French Open, which starts in less than two weeks.