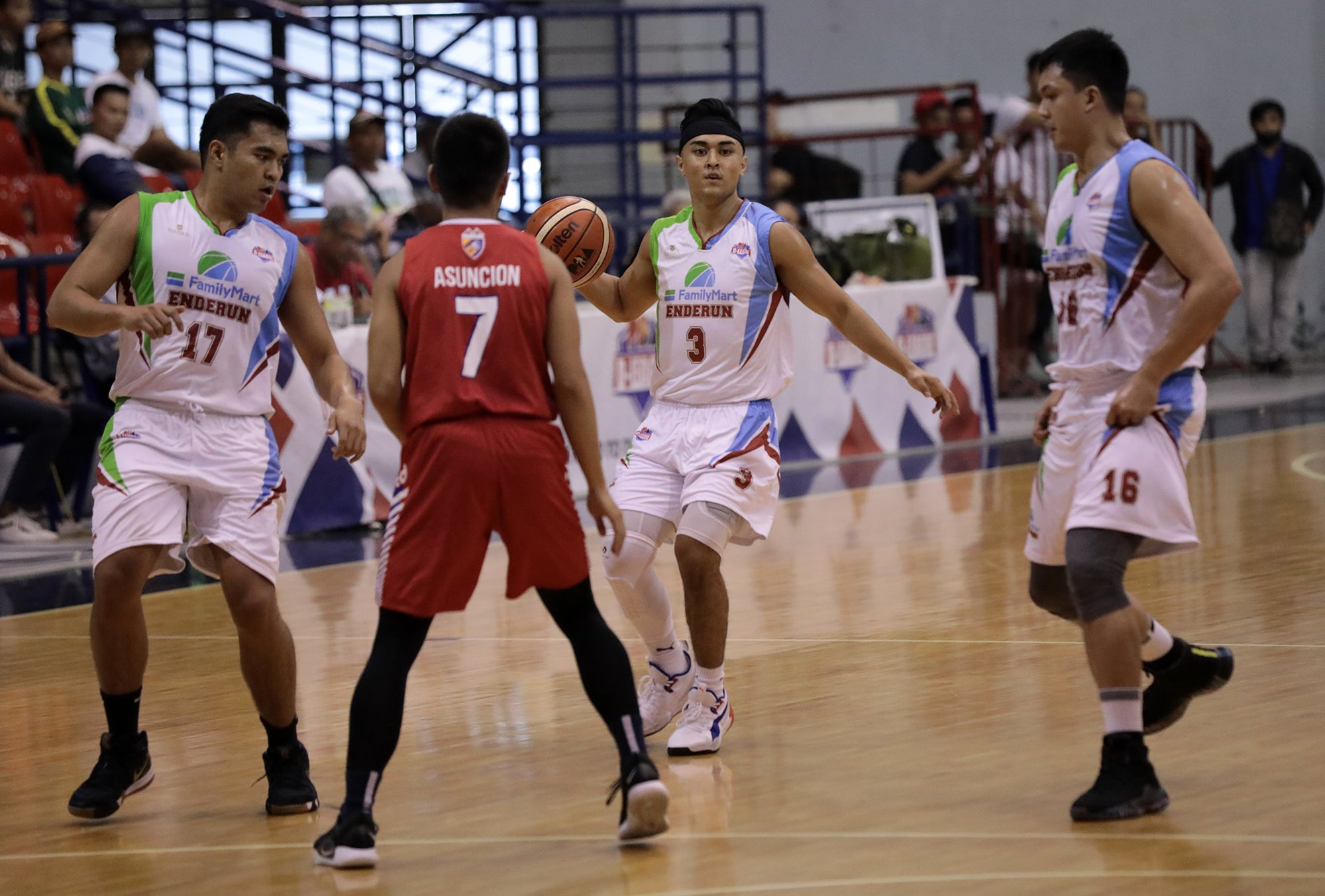 MANILA, Philippines—Family Mart-Enderun pulled off a stunner and blasted AMA Online Education, 116-94, in the 2019 PBA D-League Thursday at Ynares Sports Arena in Pasig.

Valandre Chauca put up 24 points, all from beyond the arc, seven rebounds and seven assists to lead the Titans, who snapped a seven-game slide in the Aspirants Group.

“We never doubted that we’re going to get at least one win,” said Noundou. “All the losses we had were just by single digits. It means we’re close but with the lack of experience, we just had to adjust, and we took the challenge.”

Richard Escoto proved his worth underneath coming away with 17 points and 10 rebounds for Family Mart-Enderun while John Vidal and Mark Gatdula had 17 and 14 points, respectively.

Family Mart-Enderun broke away from a close 81-78 game to end the with third with a 35-point explosion in the fourth.

Joshua Munzon had 30 points, 13 rebounds, and seven assists but couldn’t lift AMA as his team dropped to a 2-6 record.