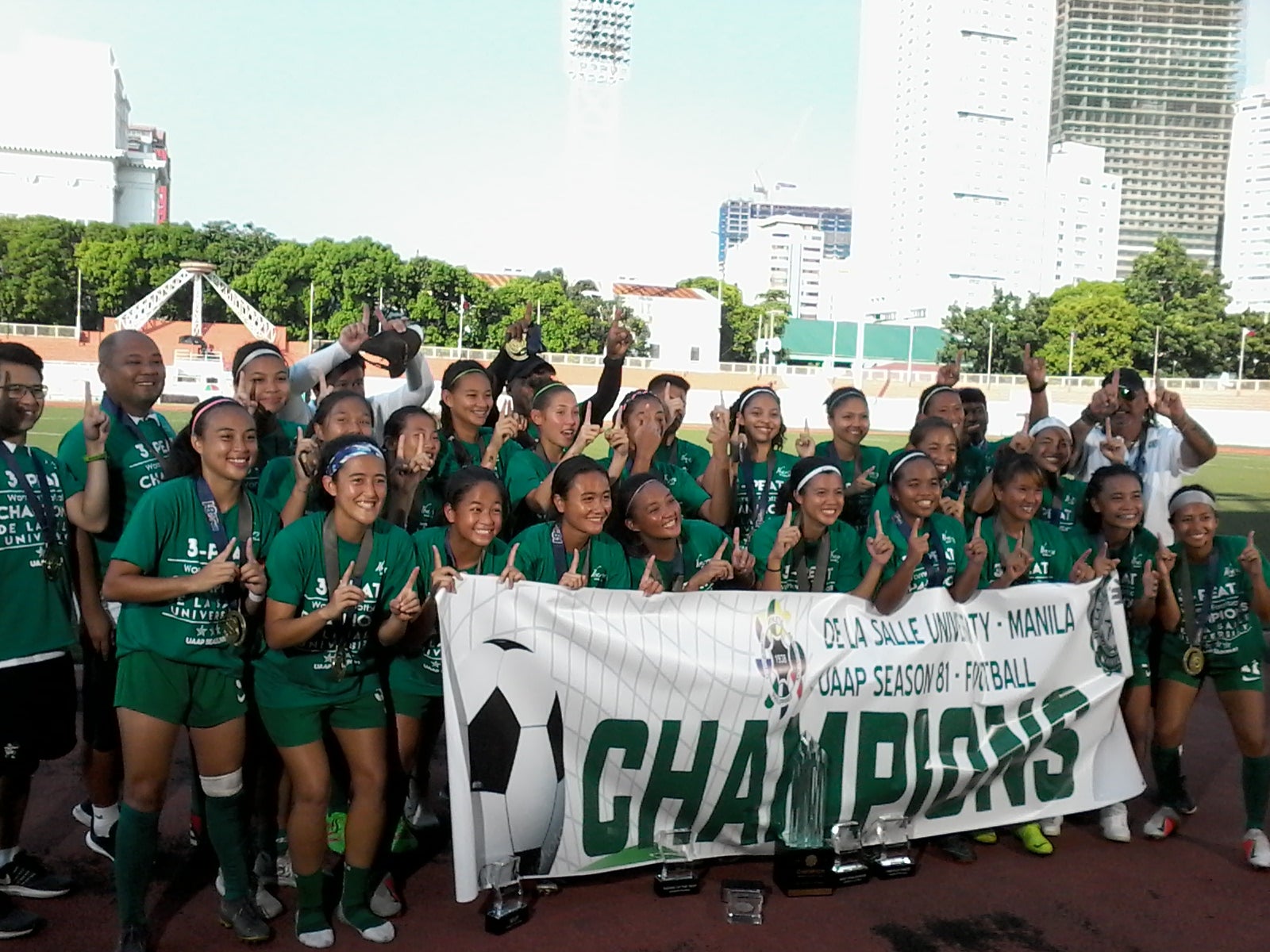 Rocelle Santos broke the deadlock in the 54th minute heading in a goal that put the Lady Archers on top.

Rookie Shai Del Campo then found the back of the net for her 10th goal of the season in the 79th minute, effectively giving La Salle its three-peat and 11th championship overall.

“I’m very happy and thankful that I got the chance to play for this team,” said MVP and Best Midfielder Sara Castañeda.

The Lady Tamaraws’ Hannah Pachejo was named Best Defender while the whole Lady Archers team was given the Fair Play award.