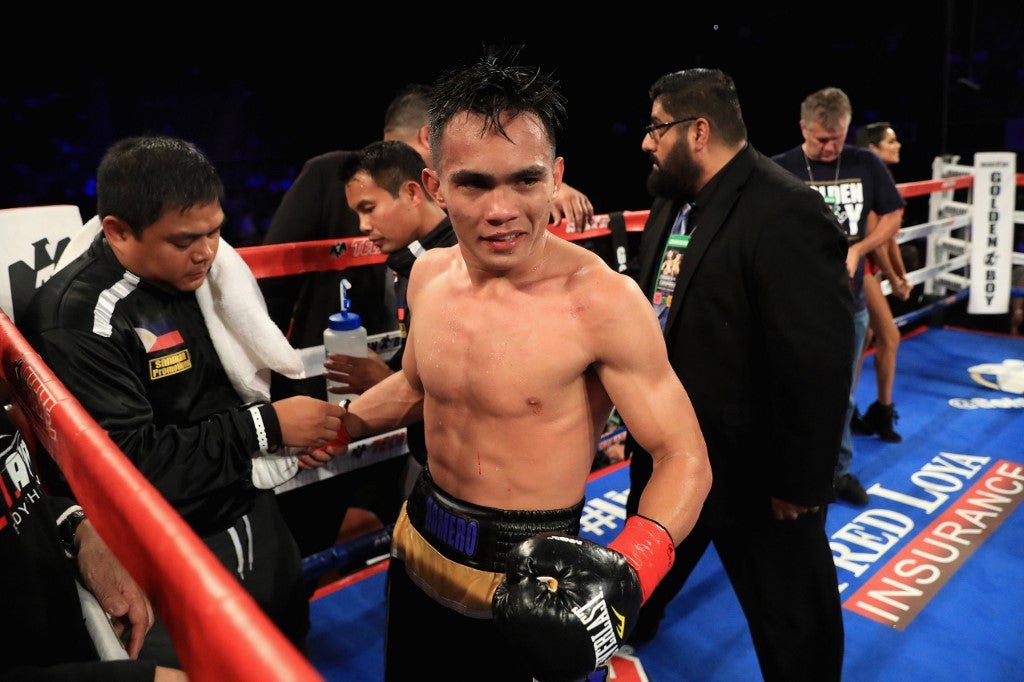 FILE – Romero Duno of the Philippines looks on after defeating Juan Sanchez of Mexico during their lightweight bout at The Forum on September 23, 2017 in Inglewood, California. Sean M. Haffey/Getty Images/AFP

Both fighters started out strong, landing heavy shots from the opening bell but it was Duno (20-1, 15 KOs) who connected better.

The fourth round saw Rodriguez (30-8 26 KOs) get bloodied after an accidental headbutt while the fifth round featured Duno losing a point for hitting his opponent with a low blow.

Duno sent Rodriguez to the mat with a solid body shot in the final minute of the eighth round but was unable to follow it up with no time left on the clock.

Rodriguez then suffered a cut on his cheek after another accidental headbutt prompting referee Raul Caiz Sr. to send the fight to the scorecards.

This was Duno’s 11th straight win while Rodriguez his second of his last three fights with his last victory coming against Filipino Mercito Gesta, who is a good friend of Duno’s.