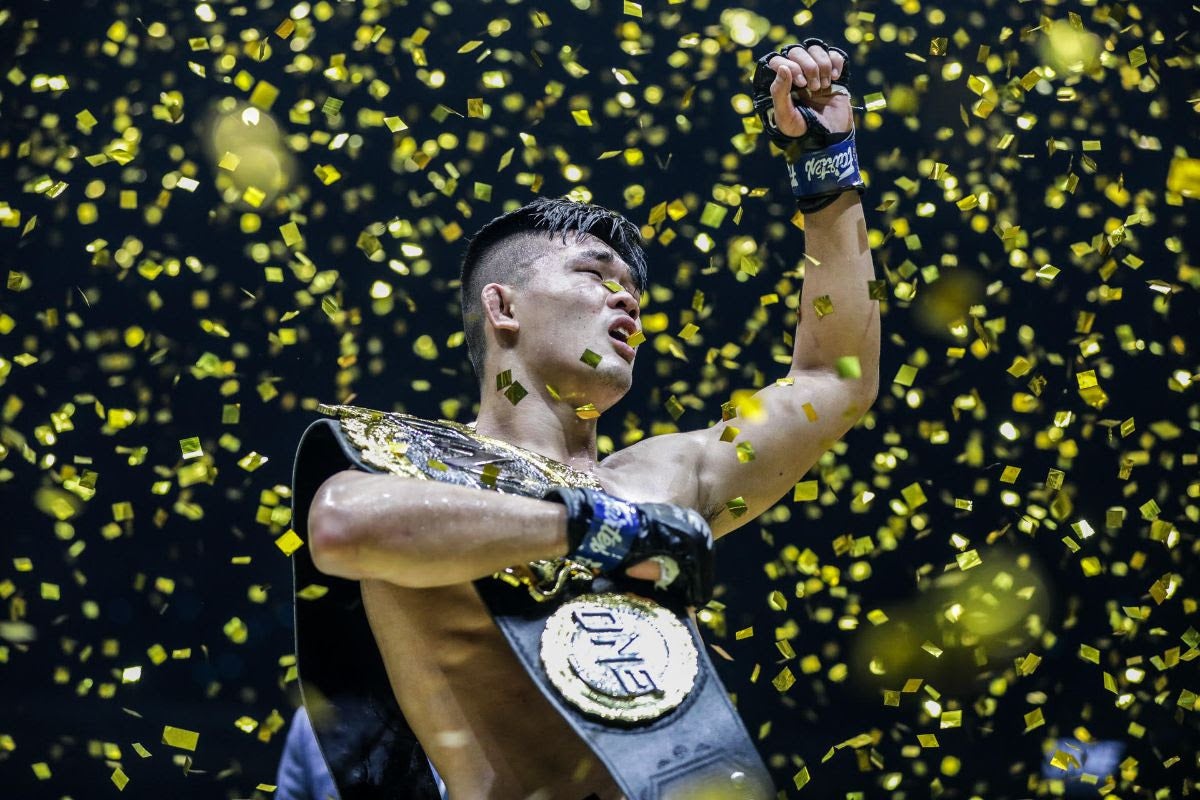 MANILA, Philippines—Christian Lee pulled off an upset after a technical knockout victory against Japanese icon Shinya Aoki to claim the ONE World lightweight title in ONE: Enter the Dragon Friday at Singapore Indoor Stadium.

Aoki (43-9) had the early advantage scoring takedown after takedown in the first round and even got Lee (12-3) in a deep armbar.

The Singaporean, however, powered through and was able to survive Aoki’s lock.

Lee then turned the tables in the second round pinning Aoki in the corner with a blistering striking display prompting referee Olivier Coste to stop the match 51 seconds into the round.

This was Lee’s first title in the promotion after he blew his chance at the ONE World featherweight title against Martin Nguyen back in May 2018.

Aoki’s reign, meanwhile, lasted just 47 days after he won the belt from Filipino legend Eduard Folayang back on March 31.