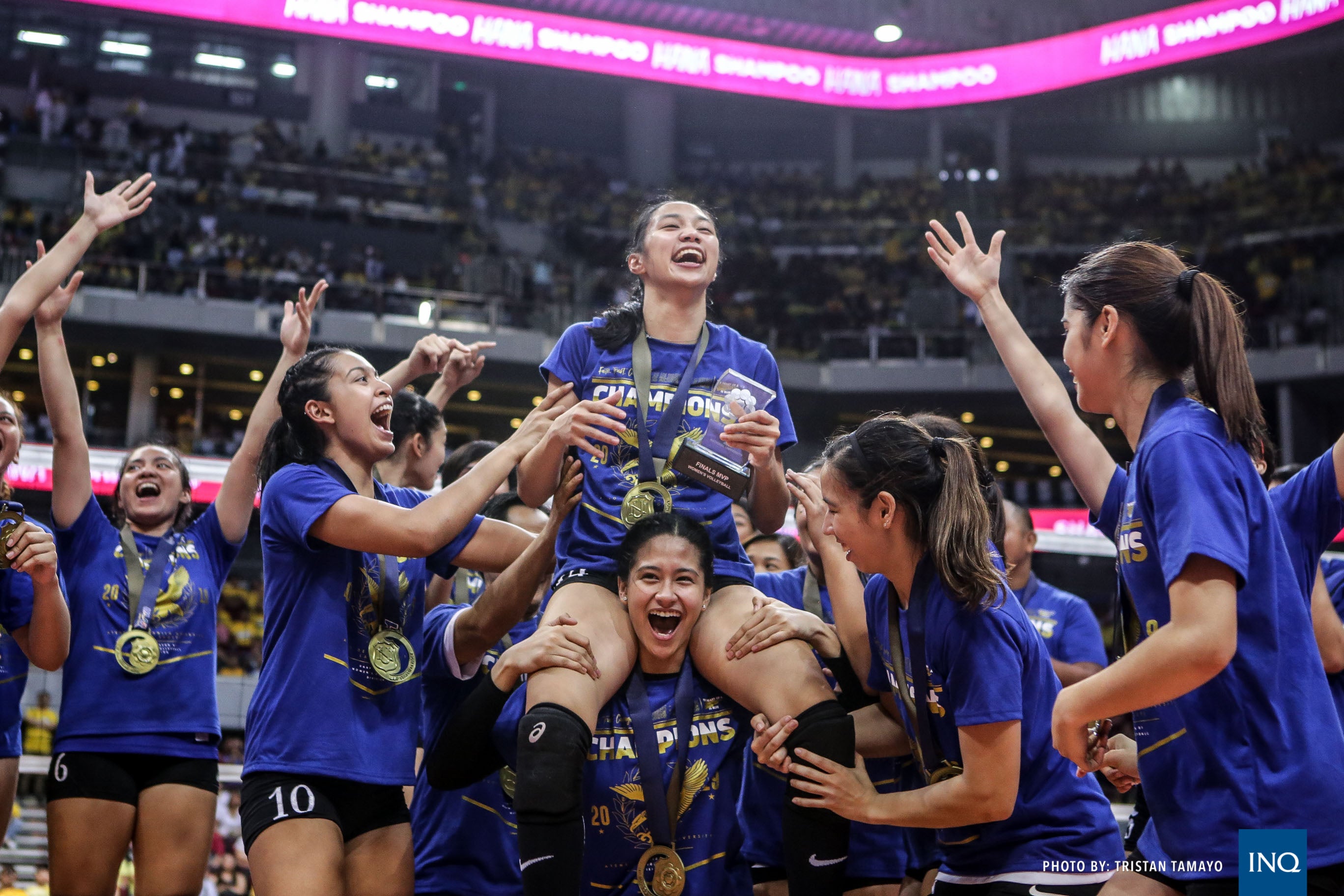 MANILA, Philippines—If there ever was a decision that Bea De Leon didn’t regret, it was her choice to stay with Ateneo for her fifth and final year.

De Leon’s decision to play out her final year resulted into winning the UAAP Season 81 title after the Lady Eagles beat University of Santo Tomas, 25-17, 25-22, 25-22, in Game 3 of the finals Saturday at Mall of Asia Arena

“It’s the best decision I’ve ever made,” said De Leon who was named the Finals MVP of the season. “I’m so happy that coach O (Oliver Almadro) still called me up because he had a choice not to and he had a choice to replace me.”

De Leon rewarded Almadro’s trust by embracing the captain role and leading the Lady Eagles to a league-best 12-2 record en route to the team’s third title in six years.

Ateneo’s emotional leader had six points in her final game of the season and averaged 7.7 points in the three games of the finals.

“Coach O really called me up, I still remembered that day when he did and I’m still thankful for coach O for still wanting me to be part of the team,” said De Leon.

“I can’t say no to coach O. It was really the best decision I’ve ever made. We’re here and we did it.”