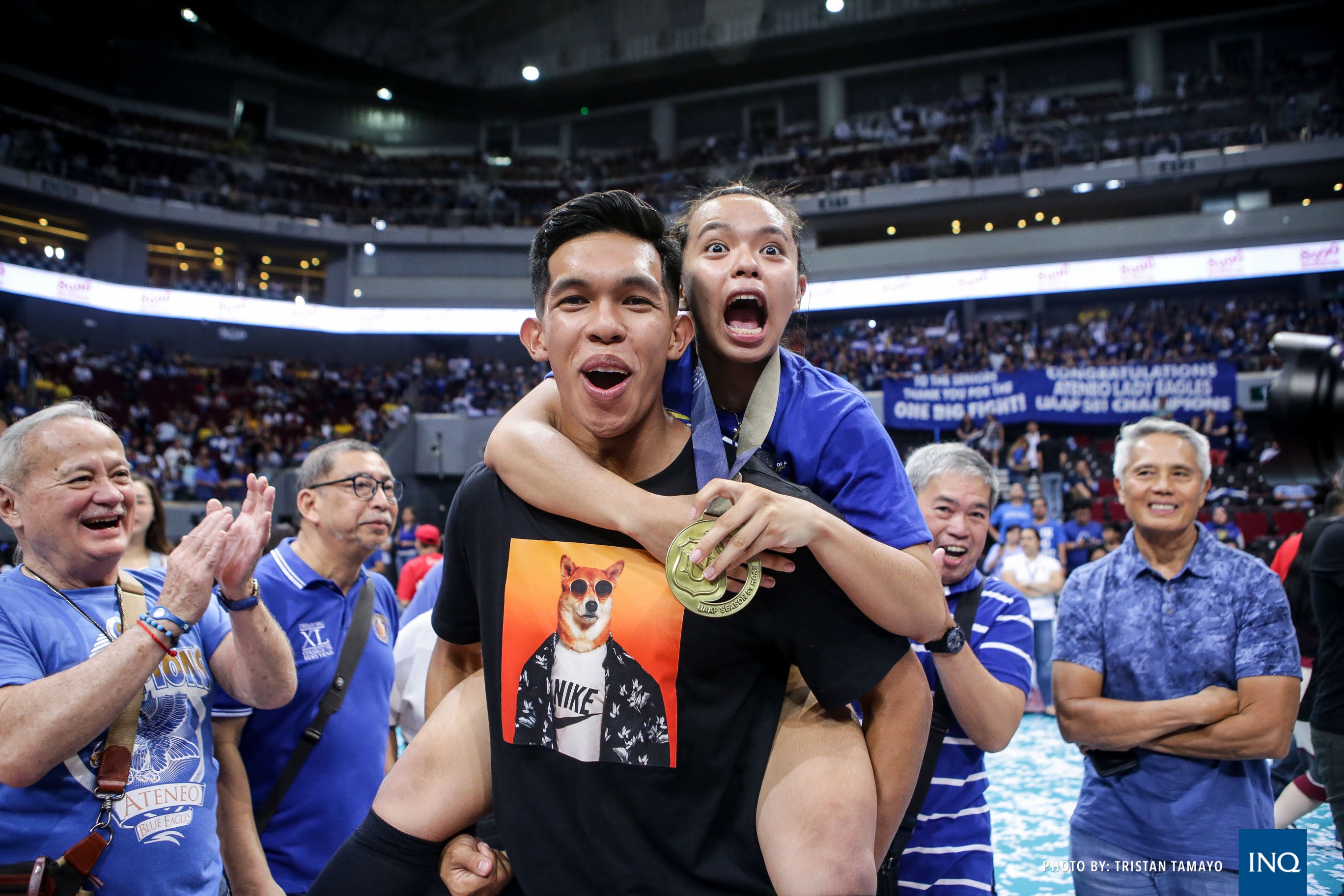 MANILA, Philippines—The Ravenas, a family of champions, can now say that every member of their family won a title.

Dani Ravena was the latest to gain status as champion after helping Ateneo knock off University of Santo Tomas in Game 3 of the UAAP Season 81 women’s volleyball Finals on Saturday night.

Her brothers Kiefer and Thirdy couldn’t be any prouder of their little sister.

“I can’t remember any siblings that each one of them has won a championship in the UAAP, it’s going to be a feat for the family so credit to our parents,” said Kiefer Saturday at Mall of Asia Arena.

“This is an amazing feeling, I’m proud of the whole team, proud of Dani,” said Thirdy in Filipino. “I just told her to enjoy everything because after Game 1 she’s already stressed and I told them to just enjoy that moment because they deserve it.”

Kiefer is a two-time UAAP champion and a two-time MVP while Thirdy led the Blue Eagles to their last two titles and also bagged Finals MVP trophies.

The Ravena parents, meanwhile, are also champions during their playing years with patriarch Bong winning the 1992 PBA Rookie of the Year and claiming five titles in his 13-year career.

Mozzy was part of UST’s last two championships during its  ‘seven-peat’ bridging the late 80s and early 90s.

“They played hard, they have a lot of heart and you’ll be amazed at how much sacrifice they make,” said Kiefer, who plays for NLEX in the PBA. “It’s just fitting for them to win this championship.”

“I hope she wins more titles than my brother and I,” added Thirdy, who will play his fifth collegiate year in Season 82.