Lady Eagles save best for last, whip Tigresses to return to UAAP volleyball throne
By: Bong Lozada - Reporter / @BLozadaINQ
INQUIRER.net / 05:05 AM May 19, 2019 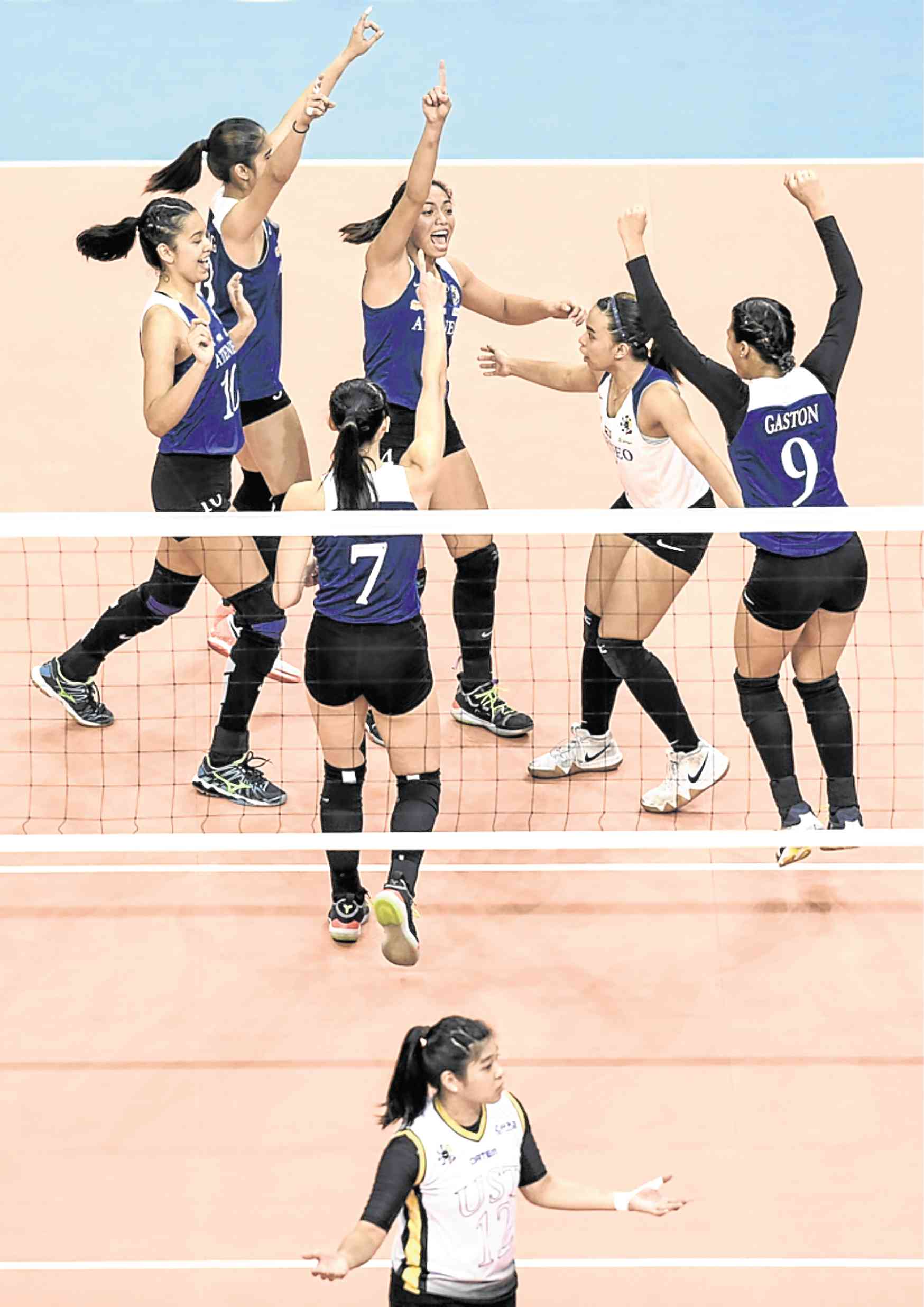 The UAAP Season 81 women’s volleyball crown was Ateneo’s destiny—and, as University of Santo Tomas found out, there was no changing that.

The Lady Eagles, dominant at the start and steel-nerved at the finish, turned back the Tigresses, 25-17, 25-22, 25-22, in Game 3 of their championship series and soared to their old perch Saturday at Mall of Asia Arena.

“It’s because of our faith and courage,” said Ateneo coach Oliver Almadro. “It’s really written, the Lord has plans, no matter the challenges, whatever it is, He will really give it to you.”

It’s also about talent, about Ateneo’s seniors showing up and establishing right in the first set that no bunch of young upstarts led by a fiery graduating veteran was going to take away their moment of glory.

“It’s not how you start, it’s how you end,” added Almadro, whose wards lost their first game of the season to La Salle, the opening match of the Final Four to FEU and the start of the championship series to the Tigresses.

But the Lady Eagles were not to be denied.

Ateneo thus bagged their third title in six years after they won their last one in 2015 while also spoiling the Tigresses’ bid to win their first in nine years.

And for Sisi Rondina, the UST senior who wanted to leave in the din of a championship celebration, it was destiny.

“This [championship] was really Ateneo’s destiny,” said Rondina in Filipino. “We just tried to stop it.”

But the Tigresses couldn’t.

Ateneo pounced on an erratic UST in the first set and took the best that the Tigresses could offer in the next two, using their vaunted defense anchored on lanky stars Maddie Madayag, Kat Tolentino and Bea de Leon to log 14 kill-blocks and blunt their foes’ 37-27 edge in spikes.

Ateneo looked to cruise in the third, taking a 19-15 lead on Madayag’s emphatic block on UST’s Eya Laure but the Golden Tigresses managed to storm back and tie it at 21-all on a Rondina kill.

Madayag shattered the last tie with back-to-back points to put Ateneo at championship point. Jules Samonte then finished things off with an off-the-block kill.

Tolentino finished with 15 points to lead Ateneo’s offense while Madayag had 10 points.

Rondina had 18 points to lead the Tigresses while Laure had 10.