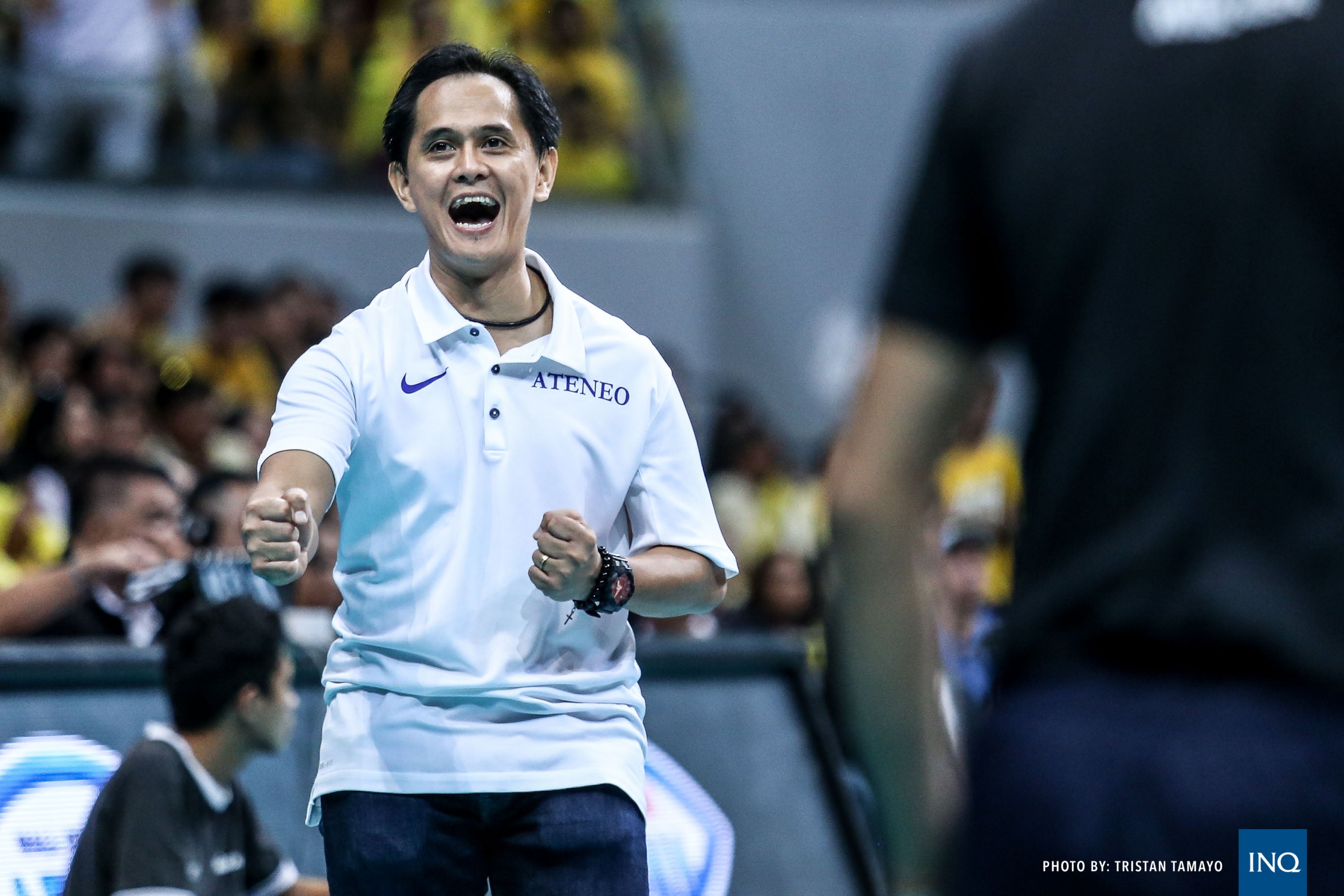 MANILA, Philippines—Who would’ve thought that the one who helped break the collective hearts of Thomasians was a former University of Santo Tomas student himself?

Oliver Almadro crushed the Golden Tigresses’ title hopes when he steered Ateneo to the UAAP Season 81 women’s volleyball championship after three games and give the Lady Eagles their third ever title in team history.

Almadro was once a student of UST’s Faculty of Engineering. He took up Electrical Engineering and tried his luck with the Tiger Spikers as a setter but failed to crack the team that won the Season 55 title.

“I couldn’t make the lineup so I decided to just play for the college team of Engineering.”

Almadro, whose parents and sisters graduated from UST, said his stay at the university was smack in the middle of the Growling Tigers’ four-peat run under Aric del Rosario.

And this type of fanfare stuck with him even when he left UST in 1998 to transfer to Colegio de San Juan de Letran, UST’s sister school under the Dominican order.

It was with the Knights where Almadro eventually became a varsity player as an unheralded setter. It was also at Letran where he started his coaching career.

Almadro said he was a working student for one year at Letran, focusing on his studies as a Computer Management student wherein he got the Best Thesis and Best Oral Defense recognitions.

He may have been to many schools but his Thomasian spirit remains strong.

“My identity as a Thomasian was still there because my parents and sisters were Dominicans so that spirit will always remain with me,” said Almadro. “I would like to thank my family because it was because of them that I became passionate.”