Damian Lillard playing with separated ribs since Game 2 vs Warriors 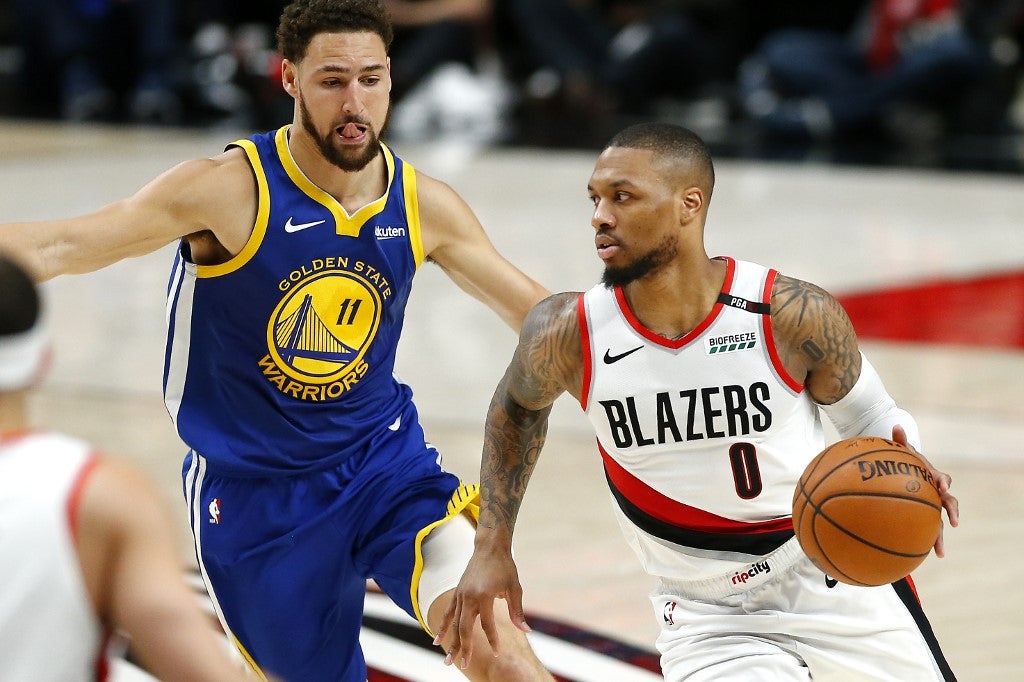 PORTLAND, OREGON – MAY 18: Damian Lillard #0 of the Portland Trail Blazers dribbles against Klay Thompson #11 of the Golden State Warriors during the first half in game three of the NBA Western Conference Finals at Moda Center on May 18, 2019 in Portland, Oregon. Jonathan Ferrey/Getty Images/AFP

Lillard confirmed the injury on Sunday, a day after the Trail Blazers lost 110-99 in Game 3. Lillard was 5 of 18 from the floor and finished with 19 points in Portland’s third straight loss in the series.

The injury was originally reported by The Athletic. Lillard said the separation is on the left side, and he wore protective padding in Game 3.

Lillard was hurt in the third quarter Thursday when Golden State’s Kevon Looney landed on top of him in a scramble for the ball.

He said the injury is painful at times when he gets winded and it’s difficult to breathe, and when there’s contact with other players.

The Warriors can close out the series with a victory Monday. No team has ever rallied from a 0-3 deficit in the playoffs to win a series.

“Obviously it’s frustrating. I think Game 2, we had that game. We let that one slip away. Had a double-digit lead in Game 3, let that one slip away as well,” Lillard said. “So I think it’s frustrating for that reason. Because you could be up 2-1, and you’re down 0-3. And you look at the numbers and it’s a slim chance of you winning the series like that. But I mean we got a lot to play for: Obviously you never know when the first time is going to happen. We could be the first team to do it.”

Although he says he’s unaffected, the injury is still a blow to the Blazers, who are in the conference finals for the first time in 19 years.

A four-time All-Star, Lillard averaged 25.9 points and 6.9 assists during the regular season. He averaged 33 points in the first-round playoff series against Oklahoma City, hitting a series-clinching 3-pointer in Game 5.

The Blazers were already without center Jusuf Nurkic, who broke his leg late in the season. Portland has started Enes Kanter, as well as Meyers Leonard in Game 3 against the Warriors, in Nurkic’s absence.