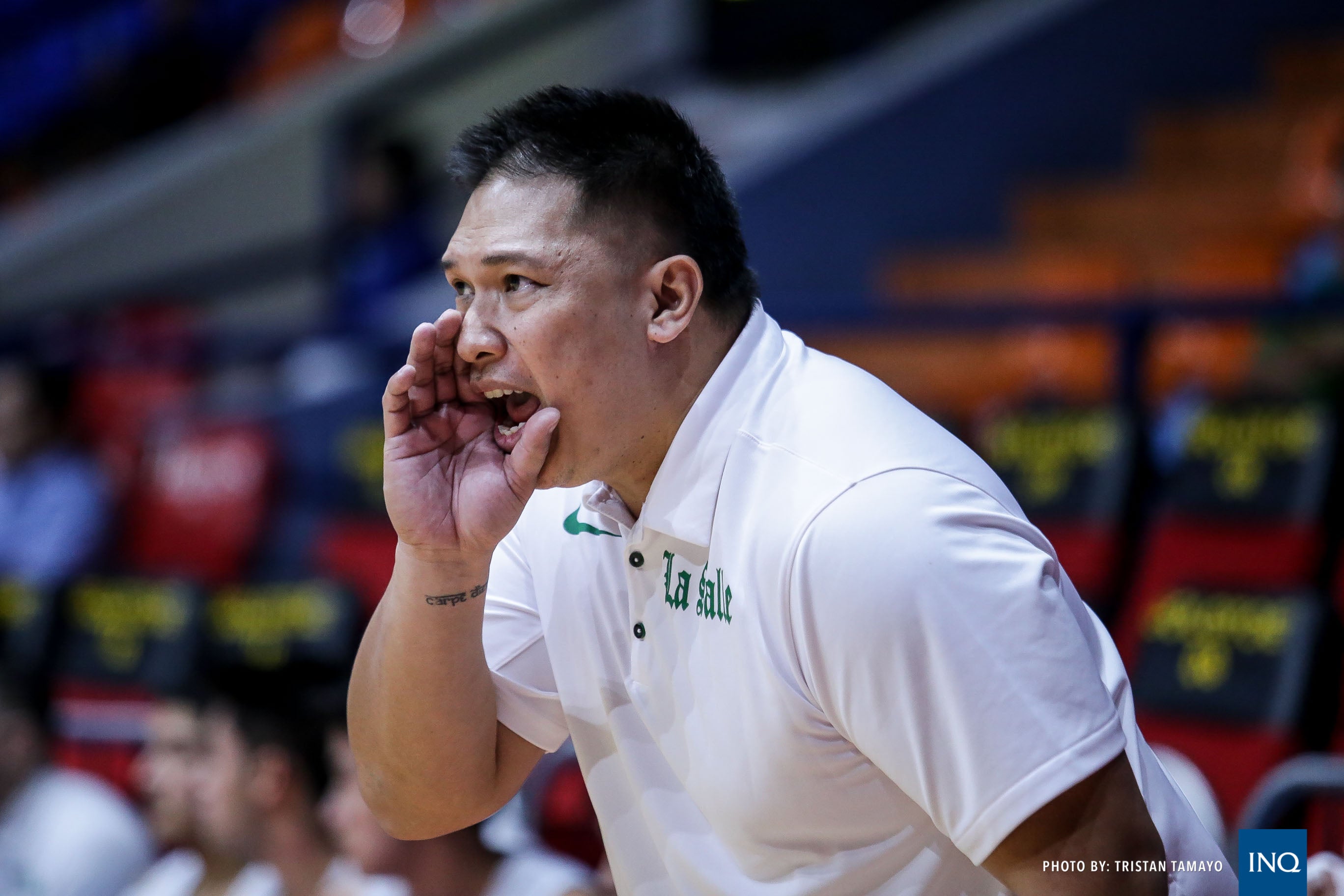 MANILA, Philippines—De La Salle is about to enter a new style of play.

After years of hounding opposing teams in the UAAP, the Green Archers will slow things down for the UAAP Season 82 men’s basketball tournament.

New head coach Gian Nazario said the Green Archers would focus more on the half-court set instead of pestering their opponents the full length of the parquet floor which was the system they were known for during the tenures of Aldin Ayo and Louie Gonzalez.

“Our new system right now, it’s not necessarily laid back but we’ll be more of a half-court team now,” said Nazario in Filipino Thursday at Filoil Flying V Center. “It gives them more legs in the end game.”

La Salle was the UAAP’s best defensive team in terms of opponents’ field goal percentage, limiting opposing teams to 36 percent shooting, and the league’s second-best rebounding squad with an average of 46.9 boards across the 14 elimination games.

Nazario, who replaced Gonzalez as La Salle’s tactician, said he would like his players like Aljun Melecio, Andrei Caracut, and Justine Baltazar to use all that they’ve learned from their previous coaches and incorporate it into their new system.

“We’re trying to put things into the perspective that we’ll pile up whatever the likes of Aljun and Andrei learned from their former coaches and use it to our new scheme,” said Nazario.

“It’s a matter of piling them up and learning from them.”

Nazario added that Baltazar would be thrust into a bigger role in Season 82 as he wants his 6-foot-7 big man to become a more rounded athlete.

“With the way Balty is playing now, I don’t think we would rely too much on our guards,” said Nazario. “We will put heavy responsibility on Balty and he needs it moving forward to become a more complete player.”

IATF: No need for new law to aid middle-income households