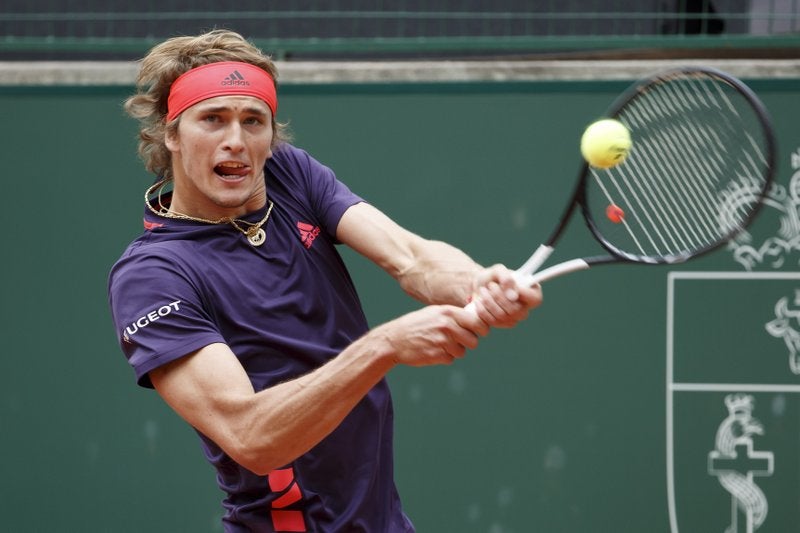 Alexander Zverev of Germany returns a ball to Nicolas Jarry of Chile during their final match, at the ATP 250 Geneva Open tournament in Geneva, Switzerland, Saturday, May 25, 2019. (Salvatore Di Nolfi/Keystone via AP)

Fifth-ranked Zverev clinched when Jarry sent a forehand long after more than 2 ½ hours on court and almost six hours after play began.

Zverev struggled through a second set interrupted by two rain delays of at least an hour before 75th-ranked Jarry levelled.

The Chilean has lost both finals he reached on tour. His next opponent, at the French Open that begins on Sunday, is eighth-seeded Juan Martin del Potro.

Read Next
Roger Federer returns to play at French Open after 4-year absence
EDITORS' PICK
Over 3 Million worth of prizes to be won at Smart Padala’s SENDali Manalo Promo!
Octogenarian jailed for ‘stealing mangoes’ freed after people chip in for bail
Gov’t eyeing COVID-19 tests in pharmacies
Gear up and get ready to play with Yamaha Mio Gear
Acer starts the year off strong with the Aspire Vero National Geographic Edition
Being a celebrity isn’t wholly an ‘advantage’ in the election, says Sotto
MOST READ
Imelda Marcos trends on Twitter after octogenarian jailed for allegedly stealing mangoes
Natural immunity more potent than vaccines during US Delta wave—study
Help pours in for octogenarian jailed for ‘stealing’ mangoes in Pangasinan
Bongbong Marcos-Sara Duterte tandem adds Zubiri, Gadon, Marcoleta to Senate slate
Don't miss out on the latest news and information.