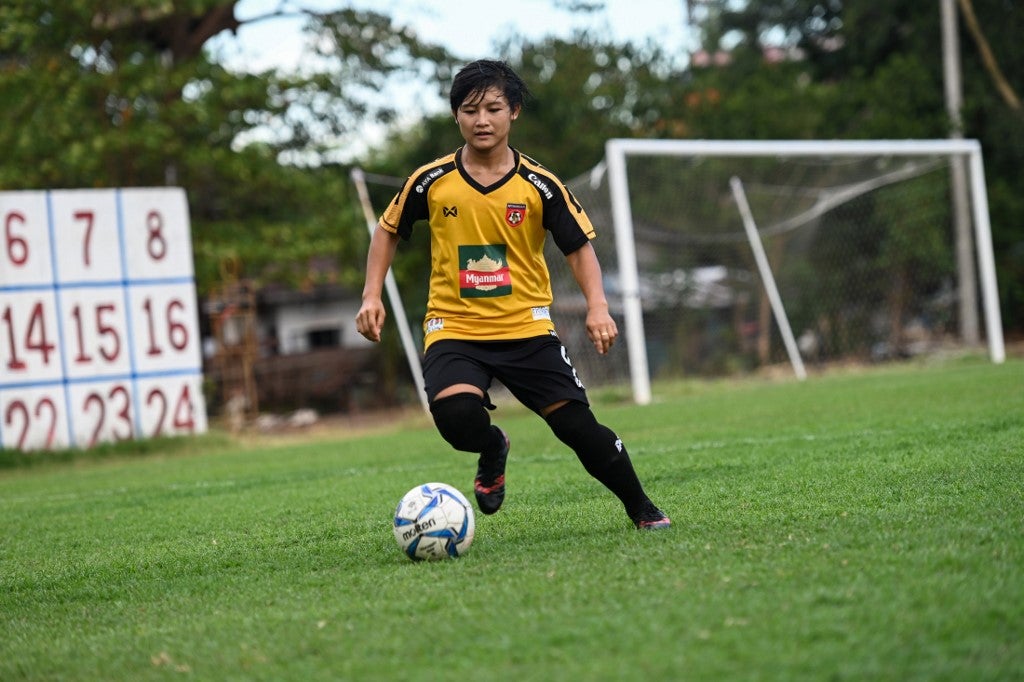 One of five daughters, the 18-year-old grew up in Nyaung Tone township in Ayeyarwaddy division obsessed with football in a country that often frowns on women playing sport.

Although her parents wanted her to go to university she had other ideas, with her grandfather, an ex-player, the only family member to support her ambitions.

Five years ago San Thaw Thaw left the muddy rice fields to take up a place on the U14 national side in Yangon and in 2016 was spotted and recruited by former Myanmar player Than Than Htwe, now coaching Zwe Ka Pin United.

“Most of my friends from my village have got married and are working in the paddy fields,” San Thaw Thaw told AFP. “But I’m playing football in Yangon and I’m meeting lots of new people.”

However, San Thaw Thaw is only too aware of the challenges for girls wanting to follow their footballing aspirations in Myanmar.

“It’s difficult for us to compete with other countries,” she says of women’s football in Myanmar, though the country punches above its weight and is ranked 44th — above Ghana, Cameroon and Slovakia.

“They’ve been training since they were seven or eight years old. We start at age 14 or 15.”

In April the side reached the third round of the AFC Olympic qualifiers.

But this success did little to excite Myanmar’s public, which follows the action in England’s Premier League far more closely than any matches at home — particularly women’s football.

San Thaw Thaw says she does not get disheartened even though only “one or two” fans come to cheer on the team.

Her dream is to play in Europe and she devotes all her free time to extra training, admitting she can be a little too competitive at times — something she shares with her hero Rooney.

“We’re both aggressive. We give everything to beat our rivals,” she says.