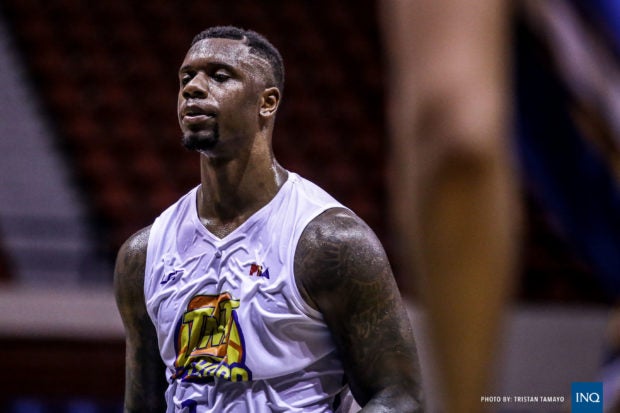 Pido Jarencio knows what his NorthPort crew will be going up against.

“He’s very good, a legitimate NBA veteran,” Jarencio told the Inquirer over the phone Tuesday afternoon, minutes after finalizing preparations for his Batang Pier, who will be clashing with TNT and its talented import, Terrence Jones, for a share of the early lead in the PBA Commissioner’s Cup eliminations.

“That guy is special,” Jarencio said of Jones, who is averaging 42 points in his first three games as a KaTropa. “But we have something planned for him (defensively). We just hope it works.”

Jones is also averaging 18 rebounds a game, and can punish teams with his perimeter game despite his size.

“It’s a secret,” Jarencio ended with a laugh when asked how they intend to play Jones, who has easily stood out as the early yardstick among imports here.

Both squads will come into the 4:30 p.m. contest Wednesday at Mall of Asia Arena in Pasay undefeated, and there’s no doubt that the KaTropa are the favorites in this one with Stanley Pringle to make his tournament debut for NorthPort but at less than 100 percent capacity after just coming out of the injured list.

“We can probably try playing him for this game, but he’ll definitely be far from his usual self,” Jarencio said of his ace point guard, who had bone spurs removed from his foot and was out of action for close to one month.

Mitchell has been kept in the freezer because of documentation issue. And now that he has finally cleared everything, the Road Warriors—despite coming into this game with a 0-2 record—are given a more than fair chance to deal Alaska a third straight loss in four games.