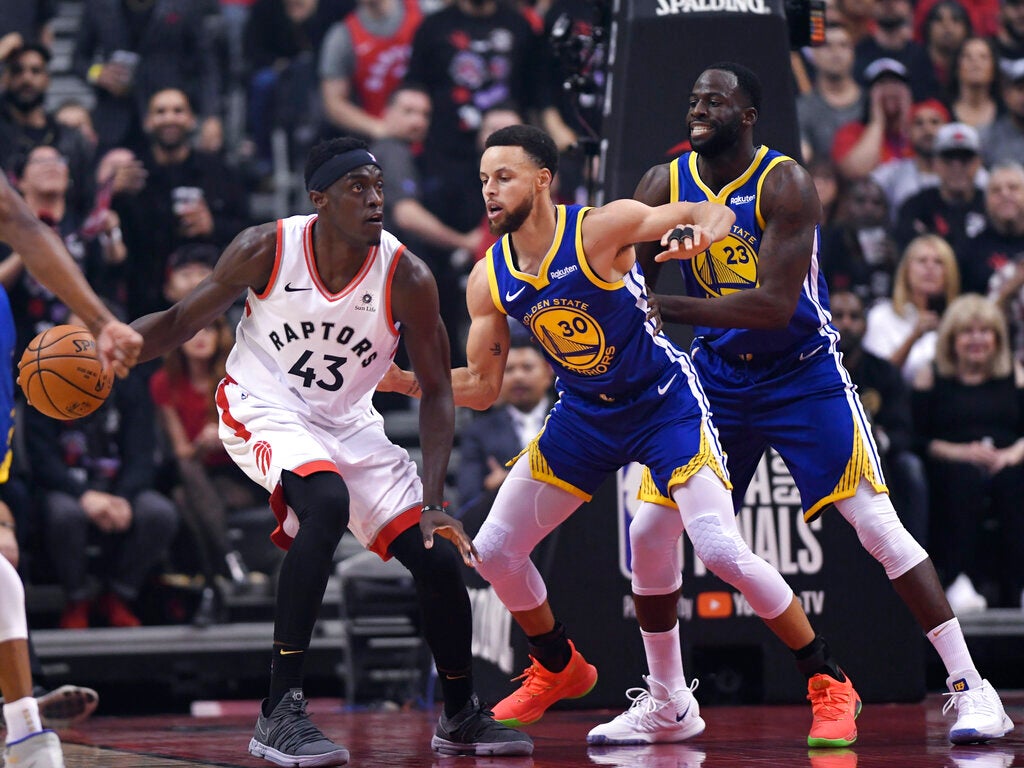 Pascal Siakam has 26 points in 28 minutes, and the Toronto Raptors lead the Golden State Warriors 88-81 after three quarters of Game 1 of the NBA Finals.

Siakam is 11 for 13 from the floor in his first finals game.

Kawhi Leonard has 18 points and Marc Gasol has 16 for the Raptors. Former Golden State guard Patrick McCaw hit a big 3-pointer late in the third for the Raptors, putting them up by seven going into the final period.

Siakam heats up for 14 3rd quarter PTS in Game 1! #WeTheNorth

Draymond Green has 10 points, 10 rebounds and eight assists for the Warriors. Golden State is 29-1 when he records a triple-double.

Stephen Curry leads the Warriors with 26 points, and Klay Thompson has scored 15.