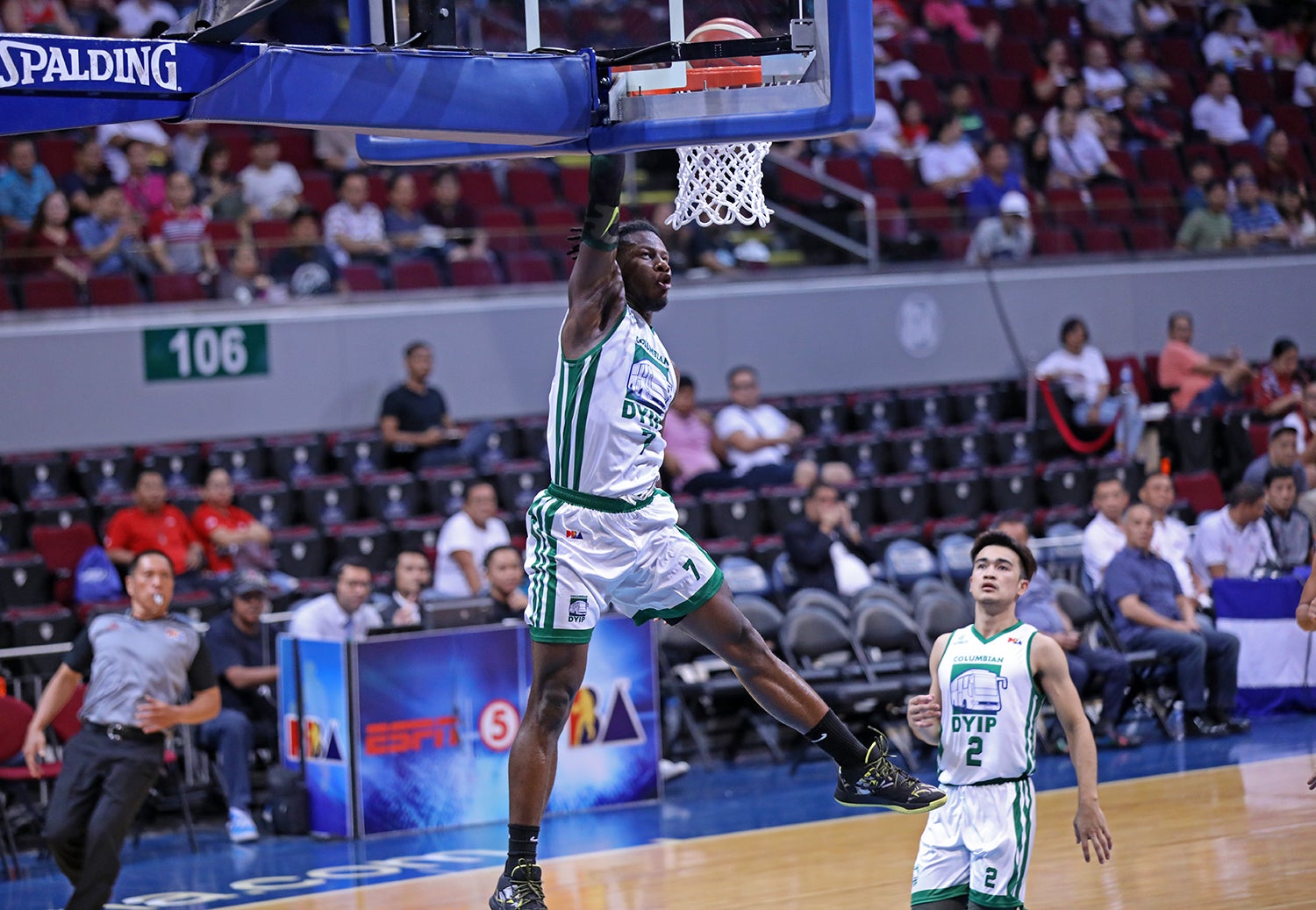 MANILA, Philippines–Blackwater rookie Ray Parks has been on a tear in his first four games in the PBA.

Not to be outdone, however, is another newcomer in CJ Perez, who has been brilliant since making his debut last conference.

Perez on Saturday had his best game yet, exploding for a career-high 39 points on 16-of-21 shooting from the field that went with nine rebounds and three steals to lead Columbian’s 120-105 thrashing of NLEX in the 2019 Commissioner’s Cup.

“I guess I was just lucky today,” Perez said in Filipino, downplaying his impressive performance. “Thank God because we were able to get our first win.”

When asked if he’s motivated by Parks’ scintillating start, Perez would rather focus on helping Columbian win than trying to one-up the two-time UAAP MVP out of National University.

“Not really. Of course, you’re inspired to play and you have to compete. But whatever it is that I’m giving the team even if it is outside scoring and as long as we’re winning won’t be a problem with the coaches. We all just want to win.”

The Dyip finally won after opening the conference at 0-3 and Perez hopes it’s only the beginning especially with a new import in Lester Prosper coming in for Kyle Barone.

“It’s a great feeling. The coaches and management are very happy that we won,” he said. “I hope the new import who will be arriving will be more hard working,”