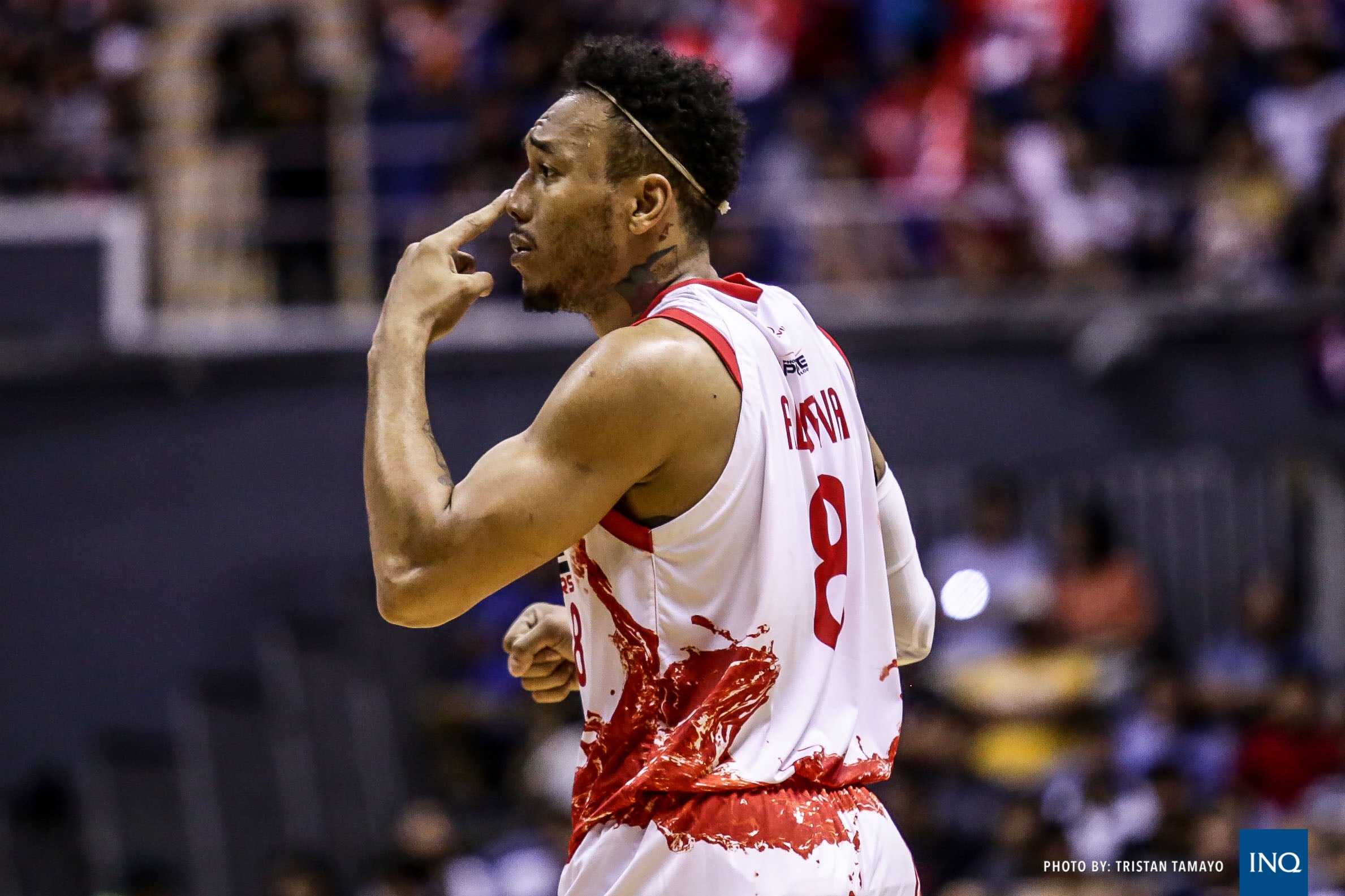 Abueva was also fined P50,000 for clotheslining TNT import Terrence Jones with a clothesline on Sunday and another P20,000 for “engaging in a verbal altercation with a fan and making obscene gestures,” the league said on its website.

The fan was the girlfriend of Blackwater guard Ray Parks, who called out and blasted Abueva after their game on Friday.

What makes Abueva’s hard hit on Jones worse was that he did not appear to show any remorse as he even had the audacity to dance on top of the officials’ table and flash a dirty finger.

According to PBA commissioner Willie Marcial, the indefinite suspension on Abueva should serve as a reminder that such behavior has no place in the league.

Marcial has had enough of Abueva, who has built a reputation of being a notorious troublemaker, and his childish ways.

“Commissioner Marcial said that he had to impose the penalty of indefinite suspension to instill discipline and maintain professionalism in the league. He said that he can no longer allow Abueva to continue with his offensive and obnoxious on-court behavior against the fans and his fellow players, which the fiery player is known for,” the story said.

“Fans go to the playing venues to enjoy the games, not to be insulted or disrespected. The welfare of the fans is of utmost importance to the PBA and he will not hesitate to impose heavy penalties on those who breach this rule, especially against women. He also said that while some level of physicality is allowed during the games, violent behavior or unsportsmanlike conduct have no place in the PBA.”

“The Commissioner said that the indefinite suspension of Abueva should serve as a stern warning for him and other players to act as professional athletes and that unbecoming conduct or any act or statement that is prejudicial or detrimental to the PBA will be severely punished. If the players have any complaints about fan behavior during the games, they can always bring it to the attention of the Office of the Commissioner who can warn the fans or even send them out of the venue.”

Marcial added that the lifting of the suspension has “no timeframe.”

Meanwhile, Phoenix coach Louie Alas has been suspended for two games and fined P40,000 (P20,000 for his flagrant misconduct for physically contacting TNT’s David Semerad and P20,000 for issuing statements detrimental to the league).

Phoenix’s Rob Dozier and Jason Perkins were also fined P1,000 each for their technical foul for 2nd motion and verbal altercation, respectively.